13 2015 June
109
In the capital of the LC, solemn events dedicated to graduates of the Lugansk School of Police Training were held. Lugansk police officers who swore allegiance to the Lugansk People’s Republic, received a 31 graduate from a specialized educational institution of the Ministry of Internal Affairs of the LPR. The head of the school, Colonel Gennady Grinevich, and the Minister of Internal Affairs of the LNR, Colonel Igor Cornet, took part in the graduation ceremony. 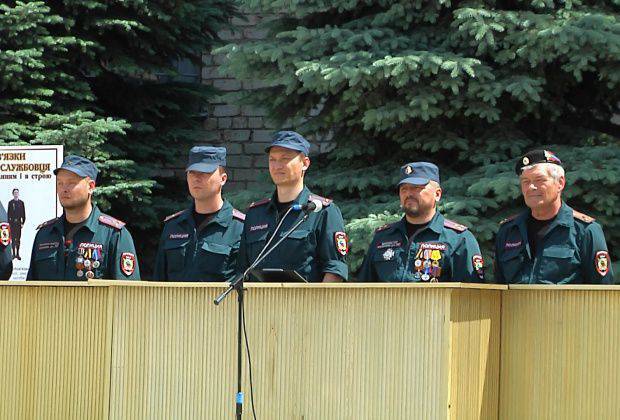 Lugansk Information Center quoted from the speech of Colonel Cornet:
This day is significant in the life of not only cadets, but also the Ministry of Internal Affairs and the whole Republic. They, today's graduates, become the pioneers of this honorable profession. This is a very serious burden and a very serious responsibility to our citizens, to the people of the Republic. 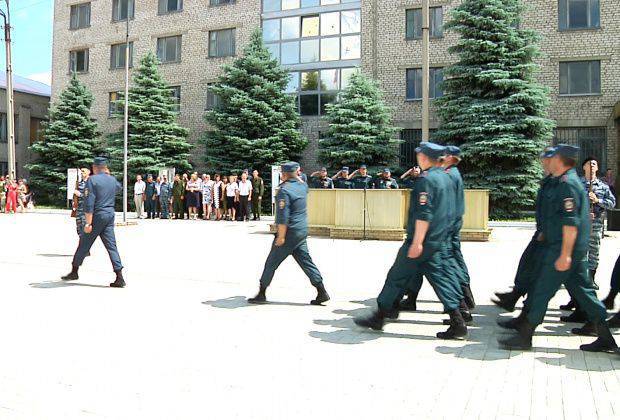 The cadets received certificates of the LNR police officers and swore an oath about serving the interests of the people of the Lugansk People’s Republic.

The head of the school, Gennady Grinevich, read out an order to encourage the most distinguished graduates of the Lugansk police school.

Among the graduates there are both representatives of the youth, and very experienced professionals, who previously served in the Ukrainian police, and now have passed Lugansk re-certification and received officer shoulder straps. 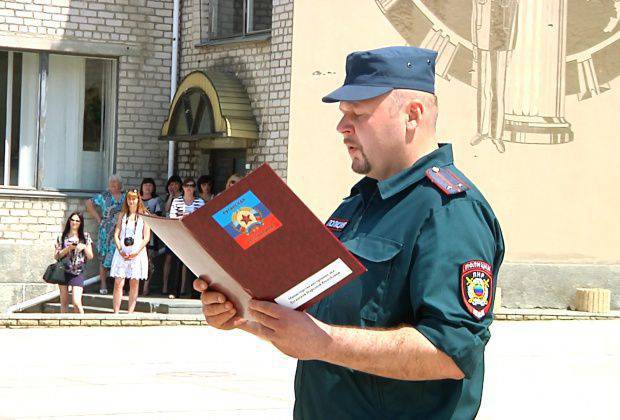