On "Yantar" will lay the BDK "Peter Morgunov"

10 2015 June
51
In Kaliningrad, 11 June at the Yantar shipbuilding plant will lay a large landing ship (BDK) of the 11711 series "Peter Morgunov", reports Rossiyskaya Gazeta With reference to the representative of the company Sergey Mikhailov. 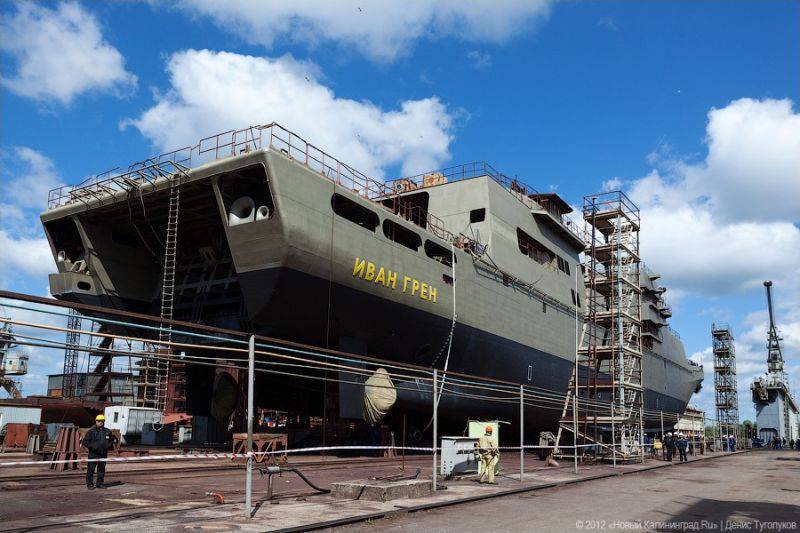 "BDK" Peter Morgunov "- the first serial ship project 11711, developed in the Nevsky Design Bureau. This is the newest development of the 1171 project, according to which, in 60-70-ies, Yantar Design Bureau built a series of 14 ships, ”said Mikhailov.

According to him, "the contract for its construction was signed with the Ministry of Defense of the Russian Federation in September 2014, the ship should be handed over to the Russian Navy in 2018 year."

The lead ship of this project “Ivan Gren” was laid in December 2004, launched on the water in 2012, its transfer to the sailors is scheduled for the current year.