10 2015 June
21
In Poland, in the city of Chojna, a burial ceremony was held yesterday at the military cemetery of the remains of the 46-ti Red Army soldiers who died during World War II, reports Look With reference to the representative of the Ministry of Defense of the Russian Federation Vladimir Popov. 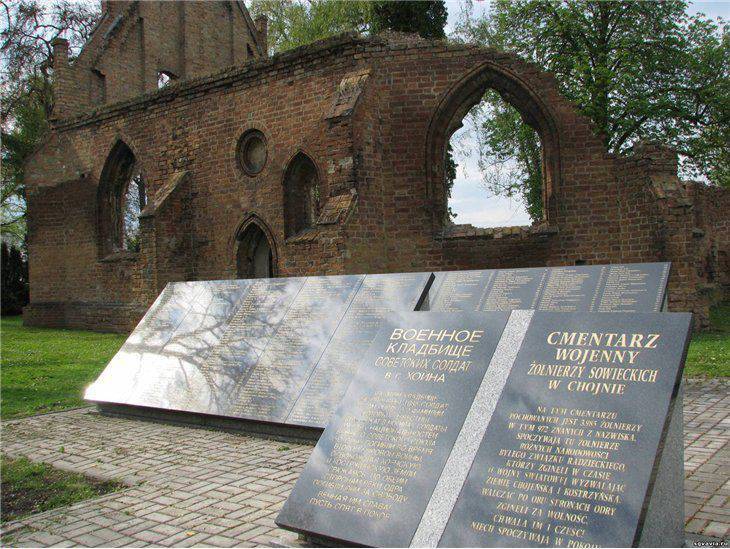 “The remains of Soviet soldiers were found during construction work in the town of Rech, West Pomeranian Voivodeship. The names of four of them managed to identify. In the near future, they will be entered into the electronic database "Memory of the People" of the Ministry of Defense of the Russian Federation "- said Popov.

The granddaughter of one of the identified soldiers, Lyudmila Nikulina, came to the funeral ceremony.

According to the officer, at the military cemetery of World War II in Hoin "in 58 mass graves buried more than 4 thousand soldiers of the Red Army, the names of 794 of them are set."