In Crimea, began flight tactical exercises of the Russian military

10 2015 June
29
The press service of the Southern Military District (Southeast Military District) reported that exercises began in the Crimea peninsula, in which army helicopters participate aviation. 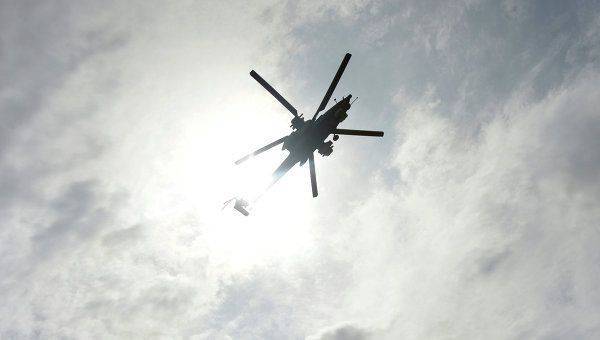 "Today, a scheduled three-day tactical flight exercise (LUT) began in the Crimea Peninsula, in which crews of more than 10 attack helicopters of the Army Aviation Mi-28H and Mi-35М, as well as on-board specialists and specialists of ground services for flight support of the Southern Military District (South Military District) "- Leads the press service of RIA "News".

During the maneuvers, the crews will have to hit more than 20 of various targets, having spent around 1000 shells for an aircraft cannon and more 50 missiles.

In parallel with aviation, an anti-aircraft missile regiment is launching air defense exercises.

“Against the background of a single plan, a tactical exercise with an anti-aircraft missile regiment will be held simultaneously with aviation, during which the units will march and repel the attack of the air attack equipment of the conditional enemy,” the press service of the Southern Military District noted.