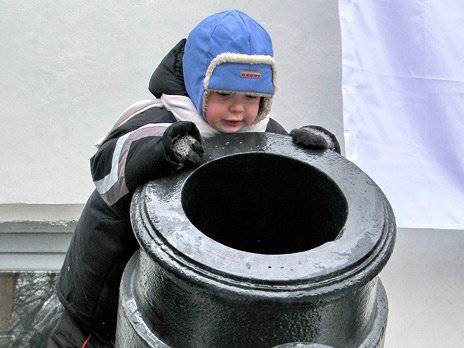 To buy or not to buy Western weapons?


Today everyone who is interested in the development of the domestic armed forces is trying to answer this question. Someone believes that this cannot be done in any case; someone, on the contrary, blames the defense industry for overpricing, monopolism and lobbying for their interests. It is definitely impossible to answer this question. The level of our industrial base is an order of magnitude lagging behind Western countries. Therefore, in principle, we cannot compete with the West in the number of advanced technologies. But at the same time, putting an end to one’s own industry is simply criminal, and only the enemy can reason like that. Of course, no one will sell advanced technologies to us, so we are doomed to purchase obsolete developments. In fact, this is not worth fearing. The T-34 tank was equipped with a Christie suspension, which the Americans recognized as obsolete, and this allowed the Soviet Union to buy this project. In the future, this machine became the legend of WWII and the best a tank world at the turn of the 40s-50s. At the same time, a T-43 tank with a torsion bar suspension was created, but it did not go into production, since it did not show significant advantages over the T-34. This example shows that even outdated technology, implemented at a new level, can bring success on the battlefield. Therefore, do not be afraid of cooperation with the West. At one time, we really benefited from this.

In 1969, the K-222 goldfish project was implemented, the submarine was built entirely of titanium. This product turned out to be extremely expensive, but work on this project made it possible to introduce into production a very large number of technological solutions for working with such material as titanium. Therefore, we won here, not so much by building this boat, as in solving certain technological processes that brought our shipbuilding to a new level. The industry cannot develop virtually, it needs to produce something, and the more projects there are for the future, the faster it will develop. The same can be noted in the debate about the construction of aircraft carriers. They may not be needed by our army as badly as the Americans, but it’s definitely certain that we lose experience by refusing to build these large-scale projects. It is such projects that lead to revolutionary breakthroughs in work, and they can give the necessary impetus for the development of our military-industrial complex.

Therefore, the state should not only place its orders on domestic capacities, but also lobby for the export of these products, despite the fact that the bulk of production has been privatized and has a private owner. Here we come to one of the main problems, which is that the owner is not interested in modernizing his production, with no guarantees that after modernization he will be provided with state. orders. And modern modernization in today's conditions is actually the re-organization of production. That entails the need to improve the skills of workers. In general, this whole complex of problems is formed into a macro task, which only the state can solve. It is not clear how this decision should take into account the interests of the owner and in what relations with him the state should carry out modernization. All this may lead to a revision of the privatization results. Today there are examples where it is impossible to establish the owner of an enterprise producing weaponfor example, nuclear submarines at the Amur shipbuilding plant, whose assets were taken offshore.

Thus, we have not just any separate problem areas, but systemic phenomena that are extremely difficult to deal with. Since they are based on the laws of the “wild” market 90-x and the interests of the owner, which in this case come into conflict with the interests of the state and society. This is a characteristic feature of the development of our society today, and it does not matter which problem we are dealing with - the military-industrial complex, science or art. In any industry we have a similar state of affairs. But to parasitize on the Soviet legacy today is becoming increasingly difficult due to the rapid development of technology.

We are in Yandex Zen
What you didn't want to know about England
Saratov club "Patriot": not to be afraid of the enemy and love the Motherland
43 comments
Information
Dear reader, to leave comments on the publication, you must to register.