Insanity of the week. "Roshen" & Rothschild, Maidan story and do not put mines to your neighbor 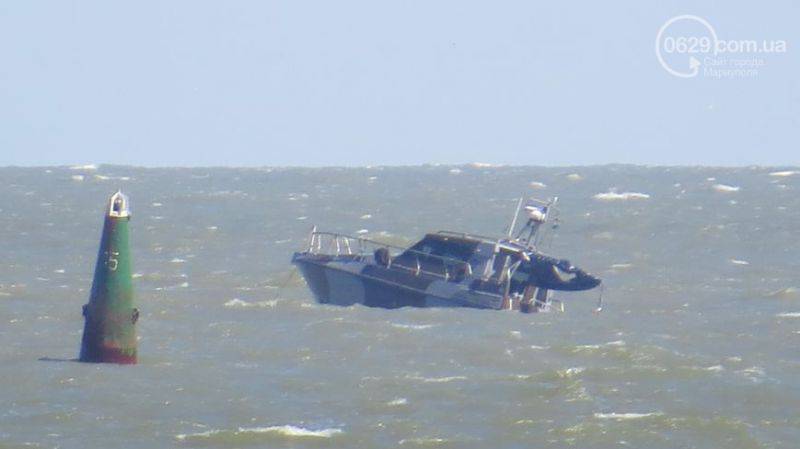 “Is this the result of the transformation of the people first into a nation, then into a herd?” Is a flock easier to manage? Or fear of leaving a person alone with his thoughts - will he suddenly wake up and fall out of the matrix? ”Ukrainian Ukrainian expert Alexander Dudchak asks inactive psychiatrists. “However, there is still the most massive job cuts, for example, only in the mining and metallurgy sector - 400 thousand people after the Maidan. The most massive emigration from Ukraine for all time after the civil war, revolution and violent hijacking to Germany during the Great Patriotic War. Perhaps we can talk about the most massive schizophrenia in stories humanity, and the most massive impoverishment of the population. The trend, however ... ", - he specifies.

“Well, they sang the anthem, they painted benches and fences, they put on embroidered shirts,“ Putin la la la ”shouted, they replaced the word of three letters on the fence with proud“ Glory to Ukraine ”, fought the monuments, Russian films were banned. Like all the reforms carried out. When will a better life come, racers? ”The Kiev blogger Yekaterina Osovetskaya asked a rhetorical question.
And really, when? Maybe after President Poroshenko transfers his stake in the corporation Roshen to the investment bank Rothschild? After all, the second year of the presidency, and things are still there: the Garant has factories, newspapers, and steamboats ...

“In order to stop the insinuations, an agreement on the transfer to the Rothschild trust - a company with an impeccable reputation - of its stake in Roshen has been prepared and fully agreed. It is to ensure that Poroshenko’s surname is not among the owners, ”he said the other day. And he added that there are three buyers who are testing the chocolate empire: “It was my initiative, and I will do everything to do it, but I will not run my presidency, run around the world and look for buyers.” .

Well, with “his own initiative,” the president got excited: the matter is no matter where it came from, who just didn't voice it! Even the centurion Parasyuk, the most virgin face of the Maidan in the Verkhovna Rada, publicly demanded that the president abandon the "sweet business", it’s worthless the head of state to be a businessman, not by the rules ...

As for the transfer of the company to a trust: this is not an act of alienation, because at any time Poroshenko will be able to take possession of his assets ... For example, if his wicked Julia or Cossack Gavrylyuk take his kick, Ukrainian realities are unpredictable!
“Poroshenko can not run around the world in search of a buyer for his factory in Lipetsk. He says he wants to delete his name from among the owners of "Roshen". Petr, do not run. I am ready to buy. I have a bucks thing. I will give my daughter, who, because of war and unemployment with three small children, left Ukraine. Look, I'm just now sitting and deleting your name from among the owners. Realistically. Struck out. Do not worry, ”suggests Ukrainian publicist Elena Markosyan.

It is worth noting that President Poroshenko and not soared. Why should he bathe, if you have something to be proud of? For example, by the fact that “Ukraine repulsed the attack of the Russian soldiers on Marinka”, that all the inhabitants of the DPR and the LPR “prisoners of war”, that the economic blockade of Donbass will be continued. He stated this with pride in his message to the parliament, stressing that "... we stopped the continent’s strongest army on our eastern frontiers, because regular units of the Russian Armed Forces are fighting there," and assured that in 2016 Ukraine will spend more more money for weapons. True, Poroshenko did not specify where this money will come from. Probably, the world-famous beggar intends to implement another cunning plan for the “hilling” of sympathizers ”, the first point of which briefly sounds like this:“ Tse peremoga! ”.

If more deployed, then, Poroshenko’s conviction, the country is developing at a frantic pace: corruption has decreased, the macroeconomic situation has stabilized, the economy has not only stopped falling, but has begun to grow, there will be no default in Ukraine — it was thought up in Russia to annoy the neighboring prosperous state and substantially spoil its international image in order to scare off investors and sponsors.
“97% of the time he criticized Russia, threatened Russia, cursed Russia. Then he said: “We have formed the most professional team with the involvement of high-class professionals,” approvingly responding to the work of the new Odessa governor, ex-President of Georgia Mikhail Saakashvili. Ukrainians, and now imagine that there is no Russia. What could he tell you about his successes? Nothing! One can hide behind Russia as much as necessary, but tariffs that have grown several times, the killing of medicine, the total robbery of the population cannot be hidden behind this verbiage ..., ”political analyst Alexander Zhilin notes.

One of the “high-class professionals”, the minister of non-existing finance of Ukraine, Natalia Yaresko, is also a master of verbiage. The American is full of optimism, counting his achievements in unison with Poroshenko. One of the greatest achievements in the Ministry of Finance for six months is considered to be “ensuring stability and uninterrupted functioning of the financial system,” which follows from the published report on the activities of the department. The ministry also said that the budget provided for the fulfillment of all social obligations of the government, significantly reduced the deficit of Naftogaz - from 110 billion UAH to 29,7 billion UAH.

The achievement, according to Mrs. Yaresko, is the involvement of foreign specialists in the work of the Ministry of Finance. Thus, US and Slovenian tax policy advisers, as well as foster services counselors from Canada, are now working in the ministry. The ministry’s reforming is handled by an adviser from Germany, and the two from the United States are handled by reforming public finances. That is, the Ukrainian financial colossus in safe hands: a default will not affect the lives of Ukrainians. Mortality will affect, but life is no longer ...

But it seems that separate “racers”, having lost everything that the “gangster power of Yanukovich” had previously provided for them, begin to suspect something and unite around the unsinkable Yulia Tymoshenko, whom “Maidan-3.0” came to dreams in the Kachanovsky colony . Thus, deceived "onizdeti" gathered Sunday afternoon at the Goat Marsh in Kiev. We sat quietly and peacefully, sang a hymn and complained to each other about the famine tariff. But on the night of Monday, a crowd of unidentified athletic men in masks demolished a democratic tent city, having come running from the Heavenly Hundreds street! Tse - Zrada!

According to an eyewitness to this stunning event, which in principle could not have happened in the country of a victorious democracy, the attackers “didn’t watch the waving of their hands and feet”, beating the unhappy protesters, and, worst of all, the unknown people broke the flagpoles of Ukraine’s flags!
The Ministry of Health and Social Affairs is deciding how to present this incident. Therefore, the cries of journalists, “Democracy are being stifled!”, “Hands off Maidan!” Are not heard, Nuland with cookies on the horizon is not visible, the indignant reaction of the world community is zero. Never before has the Maidan Patron been so close to failure ...

“Who has dispersed the new Maidan, is not shyly informed - some“ unknowns ”in the number of 50-100 goals. And since the unknown, the Vlad is not involved in this. It means that it continues to be popular and democratic. On this occasion, no explosion is expected. Yes, and how you explode here - immediately write down either in the army or in the heavenly hundred. Now you do not play around "

Only Pashtun Mustafa Nayem condemned himself to say: "The rights given to a person at birth are respected regardless of whether the war is in the yard, revolution or carnival." This great wisdom of the children of the mountains adequately competes with the conclusions of the no less venerable philosopher Vitali Klitschko, who recently saw no smell in the capital's water. “It’s interesting what they understand as human rights in the village, and how did the journalists achieve such skill that they were able to compete in stupidity with boxers?” Asked blogger Anton Rosenwein.

And finally, the chronicles of the hospital. January 2015 of the year. Ukrainian military mines the coast and sea approaches to Mariupol using floating transporters PTS-2. June 2015 of the year. On the beach near Mariupol, bumping into an explosive device, the border guard of the Coast Guard of the State Border Service of Ukraine was blown up.

7 June, on the birthday of the legendary Sidor Kovpak and on the International Day of Water Treatment, a mine, carefully installed by Ukrainian “patriots”, blew up in Ukraine’s Ukrainian UMC-1000 ".

This happened in front of tourists in 4 km from Sandy Beach. The boat received significant damage, it was saved by two of the same boats, two tugboats of the Mariupol port and three boats of the emergency diving service. That is, almost the entire FU-fleet (Ukrainian Navy). Four victims were delivered to the Mariupol military hospital, one of them, according to available information, died.

Everything is relative. A couple of years ago, this incident would qualify as a tragedy causing regret. Now the number of sympathizers is reduced to zero. They say that they themselves put a mine, they themselves blew up on it, they saved themselves, not boring!

“The invincible ukrovsky fleet was replenished with another submarine of the class“ Anchor ”. Compared to Russian plywood boats, this mighty 4-nuclear nuclear-powered icebreaker can stay under water without surfacing for decades, ”blogger Andrei Sosnovsky“ sympathized ”with the Ukrainian side.
It was expected that svidomye journalists, who had celebrated their professional holiday on the eve, would give out traditional versions, such as a boat, finding an “separatist” submarine (or two) off the coast, and entered into an unequal fight with them. But, having won an impeccable victory, he was torpedoed by special forces of the Buryat GRU from the Russian side or by dolphins specially trained in Novorossiysk with sensors controlled from the Kremlin. The crew of the submarine is detained and gives evidence. The certificates of Lavrov, Shoigu and Zhirinovsky, who managed to disappear unnoticed on an unknown watercraft resembling Mistral, instruction signed by Putin, Russian vodka, three balalaikas, two bears and a group of Roma from Donetsk who accepted Russian citizenship were found on board. But ukroSMI ahead in the headquarters of the ATO. They announced that the boat was blown up by the militia - attention! - a self-made explosive device! The device allegedly "brought by sea from the occupied territories," the press service of the ATO reported.

Evil tongues say that the border boat on Sunday served as a pleasure yacht. And the person who died in the hospital was for some reason a civilian, as reported in the Ukrainian the newswithout asking the question: what was he doing at the patrol facility?