“Oil for Aipads”: Why the cradle of civilization runs wild 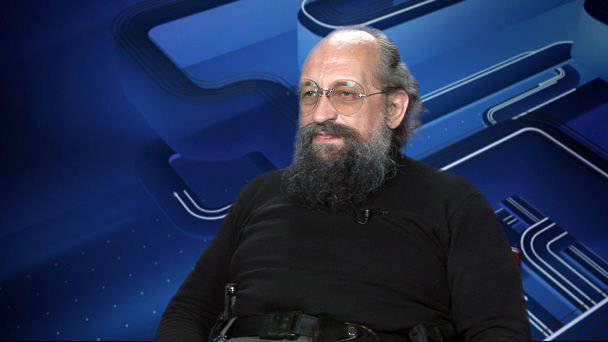 The current mass savagery of the crowd in Tunisia and Egypt could be purely formally considered the inevitable consequence of another attack of a malignant democracy. In fact, democracy is formal - by its very name - the power of the people. Accordingly, if the people in these countries are exactly like this, if the previous government held back their instincts, and the current one gives them the opportunity to fully manifest, then entertainment, such as, for example, the pogrom of ancient Christian churches in Egypt, should be considered a manifestation of democracy.


But this purely formal consideration does not correspond to the essence of the matter. The essence is that the people are not something integral: there are always a lot of spiritual movements in it. Some of these movements are useful to the people as a whole or at the moment, or in some remote perspective. And something, on the contrary, harms him at the moment, or even is capable of taking away from him any prospect at all. In this sense, democracy - as a certain higher ideal - provides for the encouragement of currents within the people, contributing to their development, and the suppression of currents that contradict it. And it is not at all necessary to consider the arithmetic majority always and in all cases right.

And in this case, even the arithmetic majority is not recruited. Thugs in both Tunisia and Egypt have always been an obvious minority. Moreover, when during the confrontation on Tahrir Square in Cairo, at some point the military removed the cordon and allowed the people of Cairo to act independently, it immediately turned out: the opponents of the then existing government were such a tiny minority that most Egyptians could carry them from this square, as they say, "on the fists." And if it were not for the intervention of the professional Western democrats, who said that this is not the way issues are resolved, then the government in Egypt could act for a very long time and for general well-being.

Right now they supported both in Egypt and Tunisia, and - even by direct military intervention - in Libya, it was the forces that drove the entire region back, driving people back to the Middle Ages. And they do it for a simple and obvious reason.

As is known, the army of the highest social formation is capable of crushing an arbitrarily large crowd of lower formations without the slightest problems. Remember: compact competently organized Greek troops swept from the battlefield countless hordes of Persians; a few dozen Spanish conquistadors were enough to defeat the multi-thousand Indian army; And so on and so forth. Therefore, if we succeed in driving the Arab world back into the Middle Ages, it can be controlled by relatively small forces (such as new-fashioned private armies — by the way, having already assumed the main burden in Iraq). In addition, if the people are backward enough, then they can be kept under control without any military forces at all - by buying, for example, gold for glass beads or oil for the iPhone.

Therefore, there is no doubt: the West, under whatever beautiful slogans about democracy, will be trampled into feudalism - and, perhaps, in the Stone Age - and the Arabs, and us, and everyone who does not know or does not want to see the inside out of beautiful words in time.

We are in Yandex Zen
About Stalin and Khrushchev
What you didn't want to know about England
21 comment
Information
Dear reader, to leave comments on the publication, you must to register.