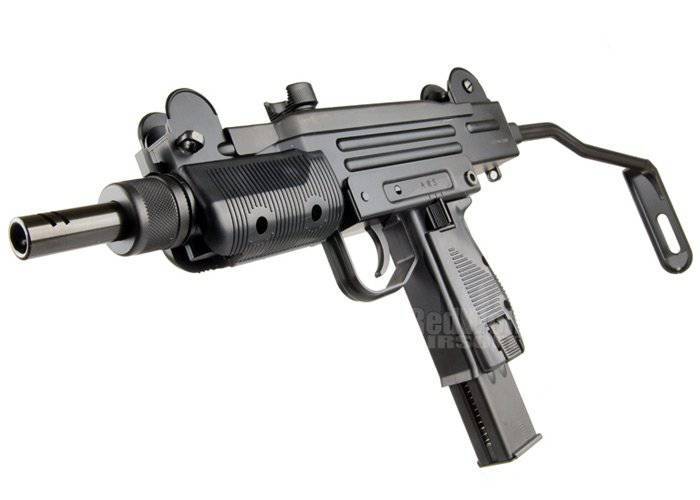 Ultrasound - a submachine gun created by the sons of Israel, who conquered the hearts of many real men with time, is today perfect weapons melee in its class.

As it was rightly noticed: ultrasound is not only a common medical diagnosis, but also something that will lead you to death by lead poisoning.
History A single submachine gun starts in the middle of the 20 century, immediately after gaining the freedom and independence of the State of Israel. This is what Israel’s freedom was mined with; weapons can only be called approximate.

After the acquisition of its statehood, the basic institutions of power were created. The created army of Israel urgently needed standard military weapons of its own production.

- The caliber of PP must comply with the standard cartridge and be 9 mm;
- the firing rate of the PP must be not less than the generally accepted for the machine and be at least 500 shots per minute;
- the weight of the PP should not exceed the weight of similar models in other countries and should be no more than 3,5 kilograms;
- the transfer of fire from single mode to automatic should be as simple as possible;
- the effectiveness of the PP must meet the standard for automatic weapons "100 meters - single mode, 50 meters - automatic mode".
During the competition, two samples of the submachine gun were selected - designs of Major Haim Kara and Lieutenant Uziel Galya. Both samples had a new free shutter at the time, known as the “coasting circuit”. Prior to the creation of software "Ultrasound" such a scheme was widely used only in the Czechoslovak submachine gun "Samopal", the designer of which was Vaclav Holek.

A sample of the machine gun of Major Chaim Kara, was implemented on the traditional layout, the magazine was inserted into the weapon in front of the handle with the trigger. On field tests, the submachine gun proved to be quite worthy, but could not stand the test by the desert itself and very quickly filled with sand dust and constantly required cleaning, besides the cost of its production would be expensive due to low construction technology. 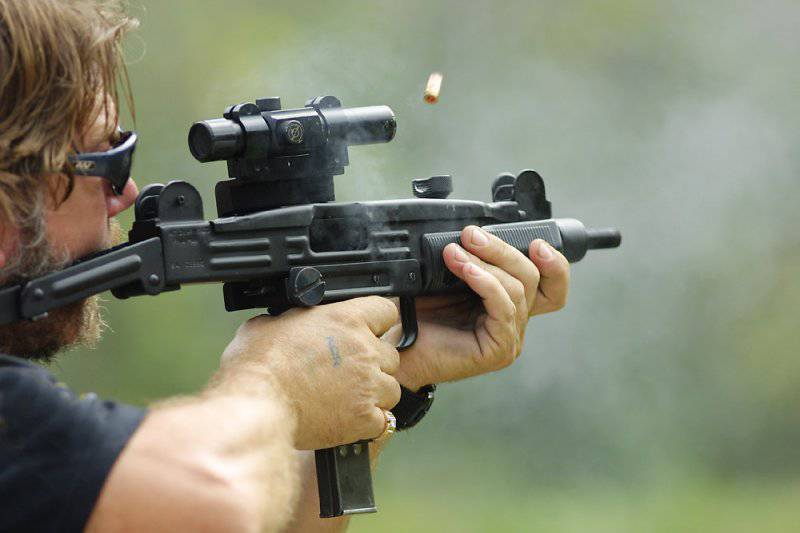 The field tests of the sample submitted by Lt. Uziel Galem were more successful. The sample was cheaper to manufacture, safer and stronger, and the design itself was simpler. Parts of steel in it were made with just one stamped punch.

Disassemble and assemble a submachine gun for cleaning can be literally on weight, folding parts of all five.

PP “Ultrasound” has one interesting detail of the design - a device for opening bottles is located above the barrel.

It is still unclear whether the sample of the “Ultrasound” software was developed by Uriel Galya or whether it was creative work to improve the ideas of the Czechoslovak Vaclav Holek.

The name "Ultrasound" was his own idea of ​​the Chief of General Staff, igal Yadin, although Lieutenant Uziel Gal himself opposed such a decision, explaining that he didn’t accept a weapon with his name, but the Chief of General Staff managed to insist on his own, and said that "Ultrasonography" in translation from Hebrew "My strength", as well as possible fits a submachine gun. So, his pistol-gun, whose name is known to the whole world today, received its name.

Prototypes of domestic production began to make in 1951 year, mass production of software "Ultrasound" was started in 1953 year, and already in 1955 year was adopted by the Israeli army. The very first troops that received the “UZI” equipment were the assault airborne units.

The first use of a submachine gun in an armed conflict took place in 1955 — a combat operation was conducted by Israeli special forces against Egyptian police forces in Gaza. But the worldwide fame of PP "Ultrasound" acquired in 1956 year, after the operation "Kadesh". It was around this time that the Armed Forces of Holland and the Federal Republic of Germany were armed with an “ultrasound” submachine gun.

The newest evolution of PP "Ultrasound", due to the excellent and proven technological solutions went in the direction of the miniaturization of weapons. After departing in the US, the developer of weapons of Uzziel Galya, Israel Galili, the designer of the assault rifle, took over "Ultrasound". That is how PP "Ultrasound" received a closed shutter of greater complexity, although in general it complicated the submachine gun, but it acquired increased accuracy of fire and reduced wear of the shutter mechanism.

A variety of applications of PP "Ultrasound": 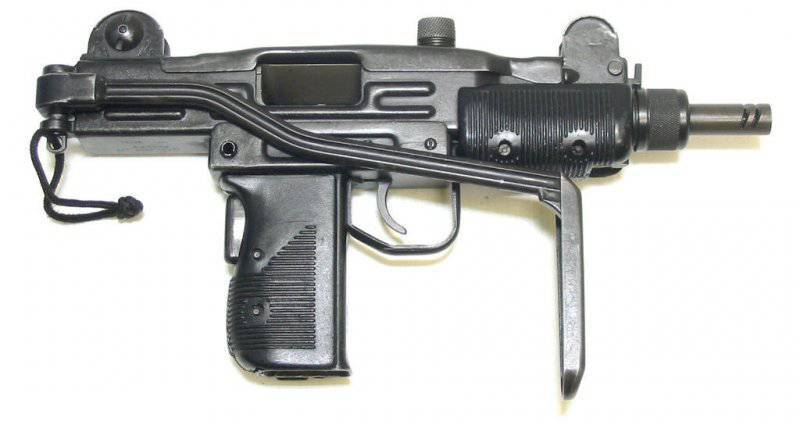 - software "Mini-ultrasound", the beginning of the production of 1982 year; 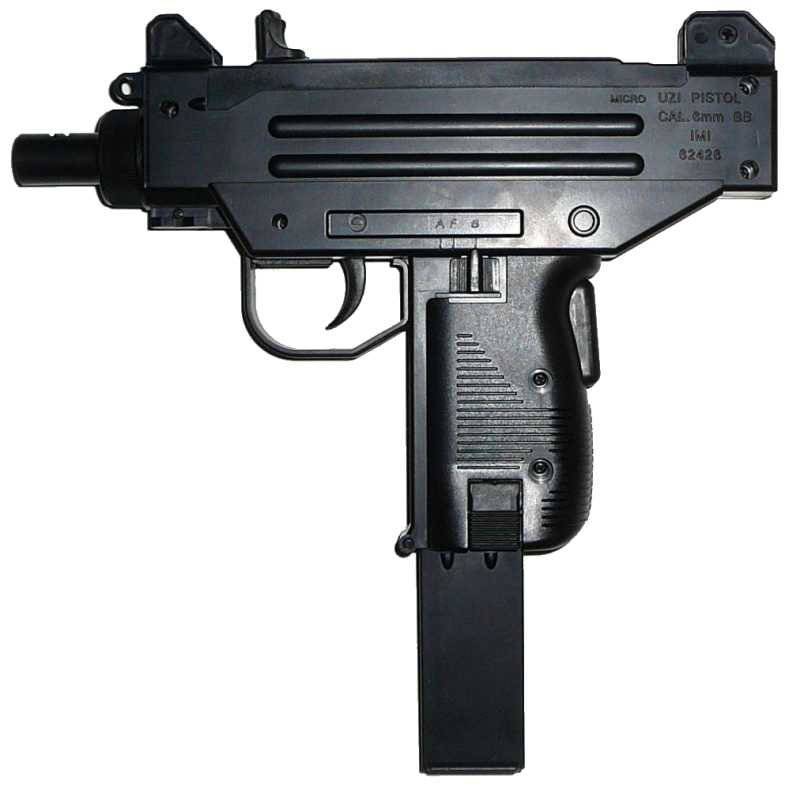 - software "Micro-ultrasound", the beginning of the production of 1983 year;

- “Ultrasound-pistol”, the beginning of the production of 1984 year, there are versions for the civilian population - “Ultrasonography-carbine” is used mainly by the US population;

- in the south of Africa they produce a modified PP "Ultrasound", a fully enlarged and imperceptibly modified design - "MAG 7".

Produced in the US own "Vikings", "Ingrams" and "Uziak", created under the shining glory of PP "Ultrasound", and in general, various modifications and fakes of the world-famous submachine gun great many, and it seems that no one counted.
Himself an ordinary infantry "ultrasound", discontinued in 2002 year, but this does not make it less popular in the world.

We are in Yandex Zen
Finnish submachine gun JaTiMatic
16 comments
Information
Dear reader, to leave comments on the publication, you must to register.