Will Israel succeed in celebrating its centenary? 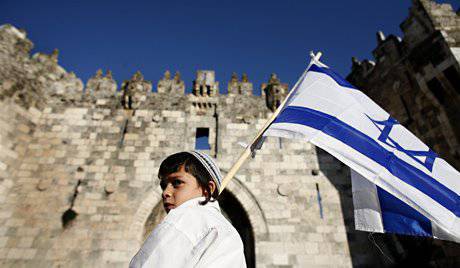 Life has put the Israelis before a responsible choice: either Israel will make a real fortress out of its homeland, or the Jewish state will weaken so much that a federation will emerge on its territory that can soon turn into a purely Palestinian state.


Few people doubt that one day a full-fledged Palestinian state will appear on the political map of the world. And this day is inexorably approaching, and the wave of "Arab coups", most likely, will significantly speed up its creation.

When looking at the situation in the long term, the main question is not so much the very likelihood of the existence or viability of the Palestinian state, which should be taken for granted as the ability of Israel itself to survive. The question arises whether Israel will continue to exist as a Jewish state in 2048, the day of the proposed centenary since its foundation?

The essence of the issue is the problem of the survival of Israel, and is it even possible? In this formulation of the question, there are some, but small, reasons for doubting that in the future we will be able to see the state of Israel on the world political stage in a constant state.

One of the concerns is the vulnerability of its borders. Despite the fact that huge sums are spent from the state budget on security and strengthening of defense, as well as taking measures to erect physical barriers along the border line of the Jewish state with the Palestinian Authority, the situation on the other borders of Israel may worsen. Palestinians and Syrians in May and June 2011, the border with Israel was broken several times. And, since there were quite a lot of violators, the commanders of the Israeli troops were obliged to give an order to open fire, not at all wanting to kill dozens of young guys.

The situation is similar on the southern borders of Israel, in the border zone with Egypt, but the situation here is much more uncontrollable. The territory of the Sinai Peninsula is very extensive, and it is very difficult to patrol it. The effectiveness of the security system from the Egyptian side has fallen significantly, which is a side effect of the fall of the Hosni Mubarak regime, as a result: several attacks on Israeli convoys in the Negev desert. In the event of a wave of popular uprisings from Syria and Egypt to the territory of Jordan or the Palestinian Authority, Israel will face even worse consequences.

However, the presence of serious problems in the field of border security is not the only danger to Israel. Modern Israel is surrounded by countries with a young and fairly fast growing population, which makes the demographic situation in the region not the best way for the Jewish state. It is absolutely obvious that changing current trends is not easy at all. Therefore, it may very well be that Israel will have to deal with the construction of impregnable fortifications, like those located on the US-Mexican border. But the adoption of these measures to strengthen the borders will require huge investments from Israel, and besides this will isolate the state from the outside world, which will have a negative impact on everyday life inside the country.

Another reason that does not allow the Israelis to look to the future with confidence is the political consequences of the “Arab spring”. Fears of the possibility of Islamist regimes coming to power in Arab countries, who hate Israel fiercely and are ready for decisive action, are still relevant today.

In addition, under the influence of the events of the “Arab spring” the Palestinians became more self-confident, as evidenced by the statement made by Mr. Abbas in the UN demanding to recognize a Palestinian state. As a result, there is a gradual shift in the political balance in the region.

The third reason for doubting the future fate of Israel is the internal state of the state itself. The spirit of the pioneers is gradually fading away, and the Holocaust is losing ground as a unifying idea; therefore, Israel is no longer the state it was 60, 20 or even 10 years ago. Demographic trends show that change is inevitable, and the most rapidly growing categories of the population will be Orthodox Jews, Arabs and the second generation of immigrants from Russia. Over the next 30 anniversary, the development of the following trends is likely: the split of Israeli society will intensify, the population growth rate will decrease, and the state will become more closed and warlike than today. At the same time, the financial capacity of the state may deteriorate significantly, and citizens may lose their sense of duty, which previously forced young people to defend their homeland from weapons in hand, no questions asked.

Imagine Israel with problem borders, residents who are unable or unwilling to fight, as before, surrounded by aggressive and determined countries that also have chaos. It is worth looking at such a country, and questions about its viability will arise. Therefore, Israelis may soon have a difficult choice - either their state becomes a real fortress, or it becomes so weak that the emergence of a federation with a nascent Palestinian state seems quite likely, simply speaking, the implementation of the notorious “concept of a single state” by other means.

In the case of those who have the opportunity: young, educated and cosmopolitan citizens are likely to try to arrange their destiny in other countries, and their homeland, the dream of their ancestors to turn into an outer shell. The emotional slogan “Next year - to Jerusalem” will become an object of nostalgia, a dream that has not come true, and the noble impulses will die away, having met with the harsh demographic and geopolitical realities.

We are in Yandex Zen
The Palestinian problem and the question of the survival of Israel in the future
"Israel is a big pain in America's ass"
20 comments
Information
Dear reader, to leave comments on the publication, you must to register.