Why did the enemy reach the Donbass?

9 2015 June
159
My dad is from Dnepropetrovsk, from Zaporizhzhya Cossacks, my mother is from Kuban Cossacks, my great-grandfather is Russified Chechen, and my great-grandmother is from little believers who fled from the tsar to the Caucasus. I myself live on Baikal next to the Buryats. Such is the international fusion. I am writing this, probably, for myself. I want to put all the points. On the one hand, the past year since the moment of the conflict, the nerves have become rather weak, on the other hand, everything has become somehow dull. Probably, it was necessary not to send money, but simply to go and fight, it seems impossible to hide behind small children, but on the other hand - and who will be fed? Again, as time passes, a lot of doubt creeps in about whether to go?

The first question from the past: why did not the troops enter in April?

Now they are trying to explain this to us by the fact that our leaders believed that the situation could be resolved peacefully. Maybe. Perhaps another, for example, our oligarchs did not stand on ceremony about the Crimea — strategic security, and in the Donbas they decided to squeeze Akhmetov and others. First, we organize Novorossia, then we carry out nationalization, then we add territories to Russia and carry out privatization, in which the former elite does not participate. Very simple, legally true, but failed. The biggest argument in favor of ours is not we who started it. They probably could have stopped in conception, but we did not start. The usual capitalist war unfolded. It turns out that our volunteers who went to defend the Russian world, can run into the attack with a cry: "Long live Chubais." From this thought somehow becomes very sad. But one plus is still there. It is better to shout "long live Chubais" than "long live Rothschild." Your huckster, whatever it may be, yet your own, then you can negotiate with him. With Rothschild it is impossible - he speaks another language.

If you believe the statements of our leaders about the peaceful way or accept the option that they simply miscalculated, were scared - it turns out that they made a strategic mistake, and now it's too late, you have to play a role to the end. It makes it a little easier. You can blame Putin for it, you can't betray. Stalin also made a mistake that cost the country much more. Not just more, but at times. And only three years later Kiev was beaten off, and millions were killed by the people. However, the people went on the attack for Stalin - they believed that it was necessary that way. Therefore, we must continue to shout for Putin, this is better than for Obama. What do you think? I now think that an order of magnitude better, I would even say that there are no other options, and there is no point in discussing them.

Question two: why do they remove heroes?

There is an expression: the revolution kills its heroes. At all times, this postulate was confirmed by time. The first to come are leaders, romantics, charismatic natures capable of miracles, but when building a state, pragmatists, practitioners, and performers are needed. Therefore, the process of evolution, however, is very bloody. In addition to evolution, there is an elementary war, in which everyone from the first wave dies more often than the second.

Part of the leaders of the revolution in the Donbas peacefully left their posts. Those who did not accept the construction of a system that did not fit into their ideas, either had to leave themselves or forcibly. I don’t raise the question of Brain, but I can accept any version, even the most unpleasant one. At the same time, I cannot now judge whether it is right or not, since I didn’t sit at the same table with the brigade commander, I don’t know the whole situation, and he, according to reviews, was not a simple person. I will ask another question: was it right to decide on the execution of Tukhachevsky? I remember at the end of the last century's 80 of him (Tukhachevsky) almost made a hero, a sufferer, and then a host of other interesting facts surfaced. It turned out that Tukhachevsky was not quite so fluffy, and I personally did with Comrade. Stalin agrees. Therefore, time will put everything in its place.

Another question is why to Strelkov in the back so much dirt is poured? The man is gone. Dissatisfied - this is understandable. He criticizes - it is also understandable and permissible, and he can be more than anyone. The only explanation is that Strelkova is a little afraid. Not as a man endowed with power, but as a man of legendary, popular and respected in the eyes of many. Consequently, having political potential. It is unlikely in Russia, but in Donetsk there were no competitors in his time. And if tomorrow is the election of the president of New Russia? Therefore, the guys work for the future. Sliding into criticism, he himself gives them the opportunity. However, if we analyze the behavior of the same Beard, it becomes clear: there is no faith in his arguments. First, because in the back. Secondly, nothing is confirmed - so, words, nasty, unpleasant, but just words. Now, if Comrade Boroday had said that there was an order to keep Slavyansk at Strelkov, and he was afraid, therefore after the escape the minister was removed - there are no questions. But it was not at all like that, and we all know that. It was then a brilliant strategist Borodai, followed by a brilliant assault on the airport in Donetsk, began to blame not a brilliant alarmist and a coward Strelkov, who had restrained an army with overwhelming superiority for four months and lost as many people as Borodai's genius in a single day laid at the airport with brilliantly zero results. Why am I so angry? And besides that it would be necessary to slow down. Strelkov believes that it is necessary to lean all the power and hang in Kiev, the State Department henchmen. So I think so too. And Comrade. Solovyov, in his program, repeatedly stated to the whole country that he was looking forward to it. And those who do not think so, in my understanding, are not our people. Another question is whether it can be done now? In another way I ask: is it necessary? I do not know. To speak unequivocally, one must have the information of those who are making these decisions now. I have no such level of information. Therefore, I will accept the words of Strelkov that the supreme commander-in-chief is a guarantee of victory, otherwise collapse.

Question three: who is to blame?

Valentin Savvich Pikul in his book "Barbarossa" asked the question: why did the Nazis reach the Volga? He does not give an answer, only the bitterness in it is felt, some kind of deceit. I want to ask myself and you: why are they still shooting at Donetsk? Why does the enemy at our threshold kill our Russian people?

Recently I talked with one deputy. I asked him how much money he sent to the Donbass. He tells me that since Putin got in there, let Putin fight. Such are they, the chosen ones of the people. Not all, of course, but there is.

In 2014, in May, the cost of one tank T-80 was about 100-120 million rubles. A lot, right? Do you think a dozen such machines in Strelkov’s June in Slavyansk could solve the issue not of defense, but of an attack on Dnepropetrovsk or Kharkov? And if you add to this a motorized rifle regiment of a thousand people? June is the month of last year. 20 T-80 tanks are divided into two columns of ten vehicles, with the support of motorized infantry they begin to move to Kharkov and Zaporozhye. The detachments of the formed partisans near Kharkov, in Zaporozhye and the resistance in Odessa with joint efforts liberate the entire southeast. They go to the borders of the Transnistrian republic, throw all the evil spirits out beyond the Dnieper. At that time, the script is more than. Why didn’t they give Strelkov such money? Why is Strelkov asking for food for the third month for militias and their families?

Tell me where to get the money? In the country 143.000.000 people. Everyone is reset on 1000 rub. For the poor and the neighbor additionally (then ask from the neighbor). Total: from whom the thing, from whom the chervonets. In Strelkov at the end of May 140 billion rubles. This is 1400 tanks! Do not need so much. 20-30 T-80 is enough, equipped crews, mercenaries with a salary of 10 000 rubles per day, 40-50 BMP - this is the end of the war in a month, maximum two. More money will remain on the parade of victory. What, Putin, do you need to rake every porridge, or who else will we look for - hang the dogs? I got up in the morning, looked at myself in the mirror. Remember, if you have your bank back on beer, then you are also to blame for the fact that people are dying there now. Because you are a gray, heartless mass that doesn’t deserve anything anymore, how to clean the boots of your masters and snap when the prices of your communal apartment are raised.

Somehow it did not feel better, dear fellow citizens. Sorry if offended, but you have to eat, you cooked this porridge too - you are not cattle, you are citizens of this country. Or how? 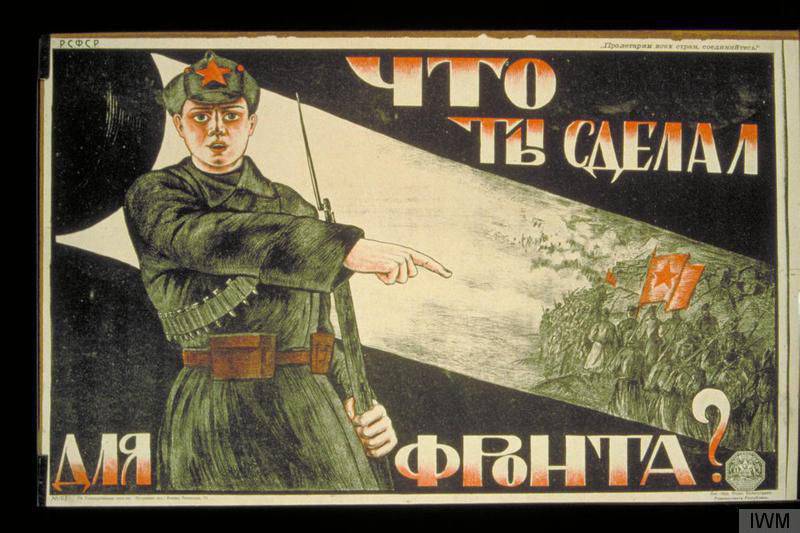