The European Union is ready to swallow the Balkan Peninsula 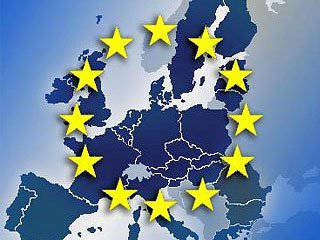 The European Union, despite the crisis that is shaking its ranks, is going to expand its membership at the expense of the republics of the former Yugoslavia. After Slovenia and Croatia, Montenegro may soon become a member of the European Union. Belgrade received the long-awaited status of a candidate country, although Serbia was clearly made to understand that without recognition of Kosovo, the European perspective is not shining to the Serbian people.


It should be noted that in the current Balkans there is a clear line on their absorption by the Western world. It was begun in the time of Charlemagne, continued by Austria and Germany. Now Berlin, the backbone of the EU, has resurrected this course. This process is facilitated by the almost complete ousting of Russia from the Balkan Peninsula and the loss of Turkish positions after the death of the Ottoman Empire. Although in the long term, if the Ottoman Empire - 2 project is developed, Ankara may try to regain its influence in the Balkans, relying on Albanians and Bosniaks.

The eyes of Brussels and Berlin in the direction of the dismembered Yugoslavia were turned in the middle of the 1990s. But then it was only about accepting the most developed of the Yugoslav republics - Словении. All the other republics only came out of the state of war, or new armed conflicts flared up in them every now and then. As a result, Slovenia was admitted to the EU in 2004, and after three years to the euro zone.

Slovenia, until now, did not cause Brussels - the economy is stable, the population is homogeneous (83% of Slovenes). Developed industry and agriculture, mountain and sea resorts. Only now, when the crisis is overwhelming the EU, the Slovak parliament initially refused to support Greece. You can understand the National Council (Parliament) of Slovakia, the GDP per capita in the Slovak state is more than 22 thousand dollars, and in Greece - almost 31 thousand dollars. Slightly higher Slovak GDP and in Portugal, significantly more in Ireland, Spain and Italy, which are also at risk. It turns out that the poorer Slovaks are forced to save a richer neighbor. The national party, which is in opposition, even raised the question of the withdrawal of Slovakia from the European Union. It is clear that it is unlikely that Ljubljana will go for it - not the richest European country without EU funds is difficult to develop the economy, and the Slovak Republic is too closely connected with other EU countries. But to think about the conditions of its membership in the EU, about Slovakia’s beneficial European Union reform, it’s time for the Slovaks

Next in line - Croatia. In civilization terms, this republic is close to Western civilization, the Croats are mainly Catholics. The visa regime was canceled as early as 90. Initially, Croatia was planned to be admitted to the EU back in the 2005 year, but this did not happen because Zagreb had not yet extradited all war criminals. This summer in Brussels, it was decided to accept Croatia into the European Union with 1 July 2013 of the year. The country's economy, though not shining, but stronger than that of Romania, or the countries of the former Soviet Baltic.

In December 2011, a special agreement on entry into the European Union is to be signed. Then the Croatian authorities must introduce a visa regime with Ukraine and Russia - this is a condition for all EU novices, to bring some of their laws in line with European standards and the path will be completely open.

October 12 published a document - a report by Commissioner for Enlargement of the European Union, Stefan Füle, which states that all the former Yugoslav republics are considered as possible EU newbies. Although they will not take them all at once, but according to their degree of readiness.

Closer to all, after Croatia, to the reception in the EU - Montenegro. The European Commission has already made a recommendation to begin negotiations with it on joining the European Union. According to European officials, the only internal obstacle that can prevent the Montenegrins from negotiating with Brussels is the high level of corruption and organized crime in the country. Although the country can be called largely artificial: for example, almost a third of the population consider themselves to be Serbs, and not Montenegrins. The economy is weak. In addition, the country in a civilization plan is quite far from the West - its basis is Orthodoxy.

Serbia also received the status of candidate for membership in the European Union. Apparently, this success is associated with the capture and extradition of Ratko Mladic and Goran Hadzic. But in order for Belgrade to be accepted in the EU, it needs to resolve the Kosovo problem, and this is a real dead end. The Serbian leadership says that it does not recognize the independence of the region even in exchange for a pan-European future. In addition, Brussels has other questions for Belgrade. German Chancellor Angela Merkel, in the summer of 2011, already demanded that the Serbian authorities “respect the rights of minorities”. And there are several of them - Albanians from the Presevo Valley, Slavic Muslims in the Sandzak region, Hungarians from the Vojvodina Autonomous Region and Romanians. Berlin’s demand for “minority rights” is actually the beginning of a new phase in the division of Serbia.

Macedonia, like Serbia, received candidate status, but Skopje cannot join the EU due to a dispute with Greece. Greeks refuse to recognize a country called the Republic of Macedonia, because they have provinces with the same historical the name. In addition, there is a problem of Albanians and claims of Bulgaria. Therefore, Macedonia is still far from EU membership.

Worst of all things with the confederative state - Bosnia and Herzegovina. Muslims are ready to centralize, and the Head of the Republic of Serbian Milorad Dodik and Croats are ready for separation. The Croats, at a minimum, want to create a separate national unit, and a maximum - connections with Croatia. As a result, BiH cannot even apply for EU membership. That is, in Bosnia and Herzegovina, you first need to form a government-level government and conduct a series of reforms aimed at unity with the EU.

In reality, the EU leadership, facing the threat of collapse, is trying to “swallow” new countries, where there are a lot of problems - ethnic, religious, economic, social, etc. Imperial logic pushes Berlin and Brussels to absorb the Balkans.
Ctrl Enter

We are in Yandex Zen
Montenegro took to the streets. The population against the country's entry into NATO
Armored vehicles of Yugoslavia. Part of 5. Ruins Wars: Slovenia and Croatia
19 comments
Information
Dear reader, to leave comments on the publication, you must to register.