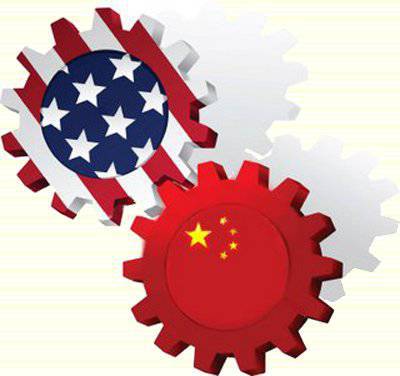 The development of the crisis leads to the most unexpected and drastic actions. So the US Senate the other day approved the bill against the undervalued yuan, reports Reuters. The essence of the bill lies in the fact that the US government will have the right to impose significant duties on goods from countries in which the rate of the national currency is deliberately undervalued to stimulate exports.

According to some US lawmakers, the yuan is undervalued by at least 40%, which unfairly gives Chinese manufacturers and suppliers an advantage in international markets. Proponents of the bill emphasize that if Chinese currency rises in price and reaches its real rate, American exports will start to grow, and this will be an incentive for job creation in the United States.

So far it does not mean anything - after approval in the Senate, the bill should be passed in the House of Representatives, which is under the control of the Republicans, who oppose this bill. Although ordinary Americans have expressed significant support for the bill, Republicans may never approve it because of disagreements with Democrats. Republican spokesman John Boehre said last week that it would be “unsafe” for Congress to intervene in a situation involving the foreign exchange rate.

Why the Democrats went to the adoption of such a law, it is clear - so much time in the press said that China "abuses" the course of its currency, that it was indecent to remain silent during the election campaign: if you called yourself a cargo, get into the body. But the reality is not so simple. First, China has no longer the same trade balance surplus that it once had. With a serious revaluation of the yuan, it can become a deficit - and then the situation will be just the opposite, economic laws will require not to revalue, but to devalue the national currency.

Secondly, not only China benefited from the weakness of its currency. How strange it does not sound, but the transfer of production to China did not reduce, but increased the US GDP. Roughly speaking, it looked like this. The American used to buy something of his own, domestic production (relatively speaking, jeans) for 120 dollars. Then this production was transferred to China, as a result, it began to cost 20 dollars, and he began to spend 100 on the purchase of gadgets, again American-made. But the remaining 20 dollars are spent like this: 5 is the cost of production in China, 15 is the profit that is divided in proportion to, say, 4: 1 in favor of the American intermediary. As a result, 50% profit in China — the thing that cost 5 dollars in production — was sold for 7.5, while the American intermediary received much more than it increased its country's GDP.

It is clear that this scheme was improved and complicated over time, but its essence remained, which means that the revaluation of the yuan, which will inevitably lead to the redistribution of profits from the export of Chinese goods in favor of China, in fact will lead to a drop in US GDP. And it’s naive to think that foreign trade professionals who sit in US ministries do not understand this. They cannot say it out loud - because it contradicts the ideological scheme launched much earlier. But they make decisions based on reality, not propaganda schemes.

Third, in recent years, the pattern of production in China has changed fundamentally. He sells, in many ways, high-tech products, which are built into the chains of the division of labor around the world. The notorious I-backgrounds, which, allegedly, are made in China, actually have a rather low level of localization. This means that the revaluation of the yuan can cause a fairly serious change in the cost of a large number of sufficiently long production chains - and who will benefit from this is still a big question. And certainly it does not need to be investigated in the conditions of a crisis - the consequences can be much more serious than everyone would like.

For this reason, I am quite skeptical about the implementation of this idea. Serious people will not allow a sharp destabilization of the situation in a crisis, and propaganda ... Well, it will go its own way. China, of course, will answer, in fact, he has already answered, but this is most likely also from the category of propaganda. There, too, everyone understands, but, of course, they will not tolerate clicks on the nose: the Ministry of Foreign Affairs (MFA) of China has already urged the US authorities to reject the bill on controlling the yuan exchange rate, Reuters reports.

As explained by the spokesman for the foreign ministry Mao Jaosuy, the bill according to which the US government will have the right to impose significant duties on goods from countries with deliberately inflated national currency, can negate the joint efforts to stimulate global economic growth. "The bill is a gross violation of the principles of the World Trade Organization (WTO)," said M. Jaoxu soon after the US Senate approved the document.

"China calls on Congress and Barack Obama to strongly oppose such an initiative and stop the use of domestic legislation in foreign policy," said the spokesman for the Chinese Foreign Ministry.

I repeat once again - I would not pay attention to this rhetoric, lovely curse - just amuse themselves. The economies of the USA and China today are two sides of the same coin: one cannot fall without the other, the fall of one inevitably leads the fall of the other. Another thing is that it will not be possible to transfer this bundle to politics (no matter what Brzezinski thinks), but it is impossible to break this bundle in the economy. Well, that is, theoretically, it may be possible, but it will take many years, even, rather, decades, which are simply not there - today is the time before the destruction of the current system, which breaks this connection in a completely different way, is considered not for years, but for months.

But for consumers this topic is ideal - it is well echeloned in their minds, causes a whole complex of “correct” associations, well, and so on and so forth. In general, an ideal object for all sorts of population fooling. “Rabbits think that they love each other, but in fact they are bred” - the truth is old, but this does not make it any less relevant.

We are in Yandex Zen
RMB Internationalization
What you didn't want to know about England
3 comments
Information
Dear reader, to leave comments on the publication, you must to register.