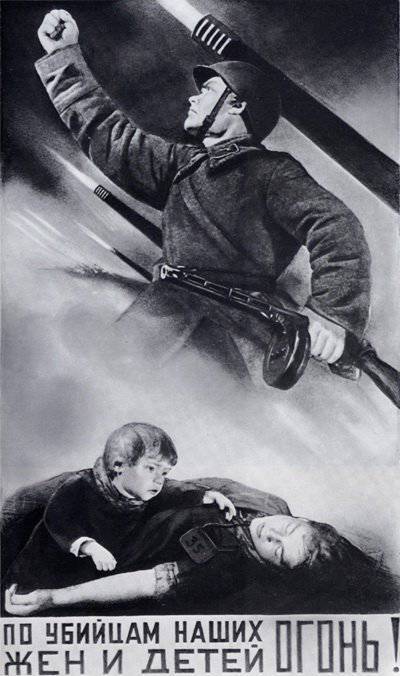 One of the features of the Second World War was the active information warfare of the Soviet and Nazi regimes. Moscow and Berlin actively used technical innovations of the 20th century: radio, cinema, mass printing. The great powers actively studied and used methods for influencing the psyche of people, their consciousness and subconsciousness.


The methods were the same, both for the “democratic” United States and for totalitarian Germany and the Soviet Union. Constant influence on people from a very early age, their inclusion in various mass children's, youth, women’s, trade union and other organizations. Constant hollowing in the minds of slogans, theses. Tight media control. Creating an image of the enemy - internal and external. In the West, they were communists, liquid Bolsheviks and Jews (in the Third Reich), “commissars”, in the USSR - bourgeois plutocrats.

The regimes of Mussolini and Hitler were distinguished by great militancy, the militarization of their propaganda. The cult of power became the basis of their ideology - constant military parades, bellicose speeches, militarized mass movements were held. European inhabitants were intimidated, trying to break their will to resist even before the start of a big war. For example, the German film “Baptism by Fire” 1939 of the year, about the actions of the Luftwaffe in the Polish campaign, was designed for this effect.

The peculiarity of the propaganda of the United States was the appropriation of the position of a “fighter for peace”, “democracy”; they maintained this distinction until nowadays. This is confirmed by the names of several American organizations of the time: the American Committee against War, the World Congress against War, the American League against War and Fascism, etc. The Soviet Union also sinned in this, although Soviet foreign policy was indeed aimed at preserving peace in the USSR, in unlike Italy, Germany, the United States, which deliberately kindled the world fire of war.

They helped in the most powerful information impact on people, the universal elimination of illiteracy, the growing role of radio and cinema. Already at that time, psychologists knew that people are divided into two categories - the easily suggestible majority (90-95%) and a small category of difficult-to-hearted people. Work is being carried out with both groups of the population: for the first, the usual simplest propaganda is sufficient, the idea is persistently hammered into the head every day, until it masters the masses. The second group is carried away by more sophisticated teachings, ideas.

For the illiterate and semi-illiterate there were posters that should have been the easiest way to explain the essence of the phenomenon, the event.

The cinema began to play a huge role and still plays. Films carry a great message of conviction. They can be used, both for the benefit of the people, and for its decomposition, deception. For example, social realism played an important role in the USSR when people’s lives were idealized. He set a high social and cultural level to which the Soviet people should strive. Films about workers were shot, historical and patriotic pictures, for example: “The Steel Way (Turksib)” in 1929, “Alexander Nevsky” 1938. 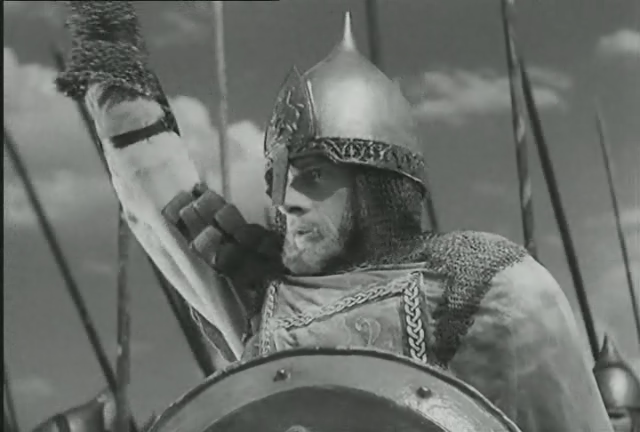 In the 30-s in the USSR, they began to correct the mistakes and abuses that were made after the October Revolution of 1917. Thus, they reduced the pressure on Christianity, began to restore the images of the heroes of the period of the “accursed tsarism”. Although back in 20, it was believed that the “royal heritage” should be completely eliminated, including Kutuzov, Suvorov, Ushakov, Nakhimov, Rumyantsev, etc. Gradually, it became clear that a Soviet patriot should be educated and by examples pre-revolutionary pores. The great figures of Russian culture were rehabilitated - Tolstoy, Dostoevsky, Pushkin, Lermontov. Chekhov, etc. 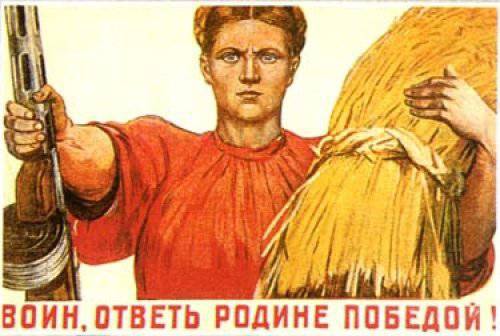 Posters continued to be of great importance, the most famous masters of their creation were the wartime artists Sokolov-Skalya, Denisovsky, Lebedev, the Kukryniks team, the pseudonym of three famous Soviet artists, which was derived from the initial letters of their last names. They worked together for 20 years - Mikhail Kupriyanov, Porfiriy Krylov and Nikolai Sokolov. Many of these works were reminiscent of the exploits of long-time Russian national heroes, as one of the posters depicted Alexander Nevsky, the hero-prince, the winner of the Swedes and German knights, invincible commander Alexander Suvorov, who beat the Turks and French, Vasily Chapaev, the Soviet hero of the Civil War. In parallel with the large counter-offensive of the Red Army near Moscow in 1941 – 1942, a poster with Mikhail Kutuzov was massively released, who for 130 had defeated Napoleon’s “Great Army” years before.

Part of the work of Soviet artists was satirical, caricatures of Hitler leaders, in particular Goebbels, were drawn. Others described the Nazi crimes - robbery, murder, violence. They were quickly distributed throughout the Union, at every factory, collective farm, in universities and schools, hospitals, parts of the Red Army, on ships fleetso that they affect almost every Soviet citizen. It happened that such propaganda materials were accompanied by caustic verses, the authors of which were poets such as Samuel Marshak. The popularity of military posters and cartoons was achieved thanks to the talent of Soviet artists who painted them in the simplest and most accessible way for people.

To maintain morale and at the same time for a certain relaxation of the psyche of people, propaganda trains and agitation brigades were created. Mobile teams of lecturers, artists, poets, singers, actors were completed. They traveled all over the Union, including the front, held talks, lectures, showed films, organized concerts, and supplied people with information about the course of the war.

Cinema also played a huge role, it was during the war that famous films like Kutuzov (1943 of the year), Zoya (1944 of the year) were shot, about the short life of Moscow schoolgirl Zoya Kosmodemyanskaya, who at the beginning of the war became a partisan saboteur and was executed by the Germans. 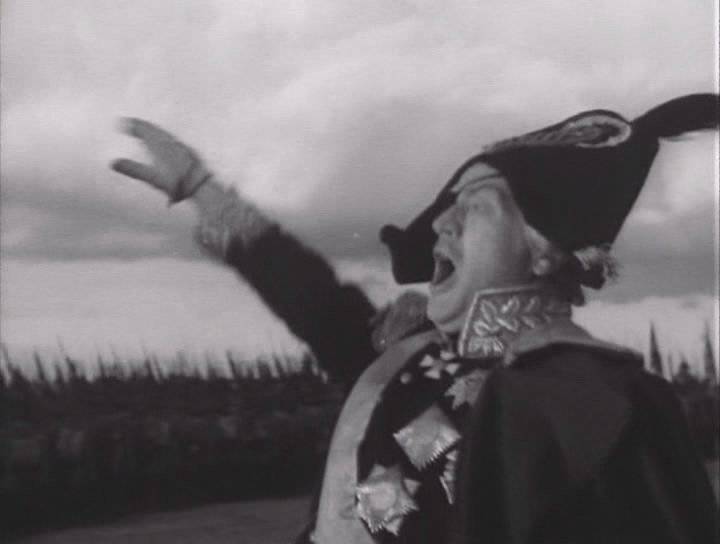 The propaganda of the USSR during the Second World War, both within the country and abroad, was surprisingly successful. Abroad, Moscow was able to play on the sympathies of the peoples of the world to the Soviet system and the people who suffered so much from the atrocities of the Nazis. For most people, the Soviet people were the liberators of Europe, the victors of the “brown plague” for most people. And the USSR was a model of the state of the future.

Inside the country, tough discipline and appeal to the feelings of love for their homeland and fatherland, deeply rooted in people, allowed Stalin to carry out such a successful military campaign that in Berlin, London and Washington were very surprised. They believed that the USSR was a colossus with feet of clay, which would not withstand the blow of the armed forces of the Third Reich.
Ctrl Enter

We are in Yandex Zen
From assassination to execution. The path to the death of Benito Mussolini
"No, Molotov!" - Finnish propaganda during the Second World War
8 comments
Information
Dear reader, to leave comments on the publication, you must to register.