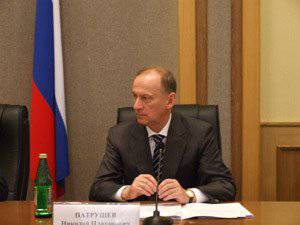 According to the plenipotentiary representative of the President of Russia in the North Caucasus Federal District, Alexander Khloponin, the Russian government chose the first investment projects worth more than 40 billion rubles for their implementation in the North Caucasus Federal District. Khloponin said that projects for 42 billion rubles will be implemented in each republic of the North Caucasus. These words were said at the retreat of the Security Council of the Russian Federation in Yessentuki. 28 investment projects have already been selected; according to 70% of state guarantees, these events, in Khloponin's opinion, will largely solve the problem of employment of residents of the North Caucasian republics.


The plenipotentiary hopes that in the near future, within a month, “we will begin to go to the work sites”. According to Khloponin, the NCFD’s development strategy plan contains 89 specific measures that will be aimed “at ensuring national security and socio-economic development” of the North Caucasus.

In addition, at the same meeting of the Russian Security Council in Yessentuki, Nikolai Patrushev noted that the “terrorist threat” remains the main problem of the North Caucasus. According to him, the situation in the North Caucasus Federal District is very tense. This fact causes the population’s distrust of the authorities, which cannot solve this problem. So, in the region only recently 335 crimes of a terrorist nature have been registered. And this is 90% of all terrorist crimes committed in the Russian Federation. There are flaws in this area of ​​the terrorist threat both at the federal level and at the level of the subjects of the Federation. And these shortcomings are becoming one of the main reasons for insufficient investor activity in the implementation of large projects in the North Caucasus Federal District.

The bad thing in the NCFD and with employment, the level of wages. According to the Secretary of the Security Council, in the North Caucasus region there are more than 350 thousand unemployed, especially the youth unemployment rate is high. The highest unemployment rate in Chechnya is about 214 thousand people, in Ingushetia - about 50 thousand people, in the Dagestan Republic - 40 thousand. The average salary in the North Caucasus Federal District is only 13 thousand rubles, although in Russia - 22 thousand.

At the same time, protest actions under the slogan “Stop feeding the Caucasus” are being prepared throughout the Russian Federation. The organizers of the protest rally plan to express their dissatisfaction with the unfair distribution of federal subsidies between the subjects of Russia and the issuance of state subsidies for the development program of the North Caucasus region. This movement has already caused considerable resonance in the media, in the Internet space.

This demand finds a lot of supporters both among ordinary citizens and among politicians and political scientists. Many believe that the Second Chechen War ended in a "conspiracy" between Moscow and Grozny, the militants were legalized (except for the most "frostbitten" radical Islamists), and were able to join the security and administrative structures of the republic. Kadyrov provides order in Chechnya, in return, Moscow actually pays a “contribution”.

An example of an unfair distribution of financial flows is the last pompous holiday - the Day of Grozny. New buildings of Grozny are in sharp contrast with the situation in much of the other cities of Russia.

The fact of Moscow’s great attention to the social and economic problems of the Chechens and other residents of the North Caucasian republics also causes great irritation among Russian citizens. Indeed, in reality, many subjects of the Russian Federation are experiencing similar problems. In addition, the central authorities hardly remember the problems of tens of thousands of Russian refugees who fled the Chechen Republic. Justice demands that their oppressors, murderers and robbers be punished, a state commission is needed to investigate the crimes of that period. They should receive compensation for property, moral shock. The state should provide them with the opportunity to return, if they wish, to provide them with protection.

As a result, the problem of the North Caucasus can become a real detonator, with the help of which the situation in Russia can be “shaken”, or rather, they are already trying. And it will be difficult to blame simple people for this, a large share of the blame lies with Moscow, since it has failed to ensure social justice.

In addition, the North Caucasus problem is not limited only to Chechnya and the terrorist threat. Despite regular counter-terrorism operations, the radical Islamist underground is gaining momentum, which also uses social justice slogans. The Caucasian diasporas (including those from the South Caucasus) cause considerable irritation; no one has solved the problem of ethno-mafia and ethnic crime. In addition, ethnocracies formed in the North Caucasus Federal District, which at one time became one of the reasons for the collapse of the USSR, and much of the money that comes from the center is simply stolen. This aggravates the situation of ordinary residents of the North Caucasus, who do not have the honor to belong to the ruling clans that manage financial flows. This injustice for youth becomes a factor that leads them to the forests and mountains. In the ranks of the Islamist underground.

"Enough to feed the West"!

At the same time, some experts note the fact that the image of the “internal enemy” being created is obscured by the corrupt Russian officials along with the comprador bourgeoisie. Indeed, in reality, much more Russian capital goes abroad, to the West.

The outflow of capital, which must be invested in the development of Russia, the modernization of its infrastructure, the new industrialization, goes in different ways. From private contributions to various Western banks, property, which are made by officials and businessmen, to withdrawal by the state of finance to the reserve fund of the Russian Federation, which is located in the West. This all strengthens the Western world and depletes the Russian national economy. Billions of dollars Russia has invested in the treasury obligations of the United States - our main potential enemy on the planet, the enemy who participated in the organization and involvement of Russia in the First and Second World Wars, in which we lost millions of our sons and daughters.

Expenditures on the Russian Caucasus fade in comparison with the funds that went to the West, and to the East.

And the thousands of people who died in Chechnya and fled from there cannot be compared with the millions of people that Russia lost due to the collapse of Great Russia-USSR and during the socio-economic genocide of the population during the “shock” and “democratic” reforms. In this regard, the criminal Basayev is a whipping boy, compared to such monsters as Gorbachev, Yeltsin, Chubais, Gaidar ...

What the slogan leads to - “Stop feeding the Caucasus”

The Russian liberals, national democrats or part of Russian nationalists who put forward this slogan do not realize that such actions lead to the collapse of the country. Although it is possible that some, especially among leaders, do it consciously.

The national-territorial demarcation of Russia may be its end, a prelude to a new civil war in the territory of the Russian Federation. What our enemies dream in the West and East.

If you stop financing the North Caucasus Federal District - this will lead to a collapse of the North Caucasus region, since there is almost no real sector of the economy. Thousands of new "Caucasians", and Russian residents of the North Caucasus will flood across the Russian Federation. The crime situation will sharply worsen, more massive inter-ethnic conflicts will flare up. Chechnya will flare up, our western and eastern “partners and friends” - Turkey, Saudi Arabia, the USA, Great Britain, and France - will certainly take advantage of this. As a result, a new Caucasian war will begin, and the big question is whether the Russian Federation will survive in this struggle.

It is clear that the problems of the North Caucasus must be solved, but not at the cost of a new war and an attempt to secession of this region. We must clearly remember that the Caucasus is Russian land, it cannot be given to our enemies.