"Blue Devil", looking up from the ground, flew to Afghanistan 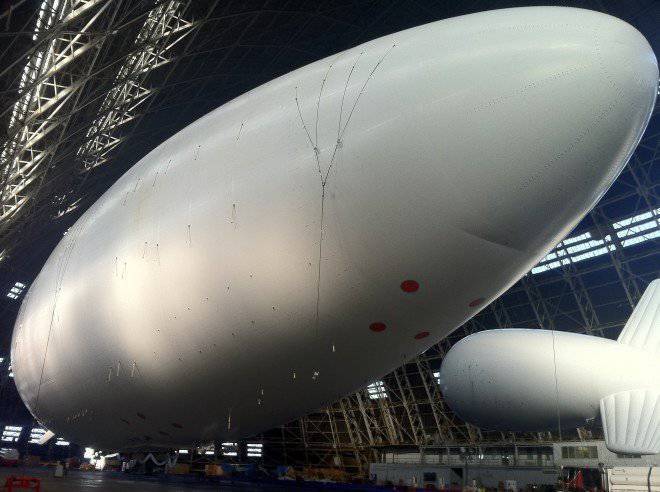 Recently, in the hangar of the city of Elizabeth City (North Carolina), the shell of one of the largest military airships in the USA was filled with helium, and Blue Devil Block 2 (Blue Devil) gently lifted off the ground and headed for Afghanistan. 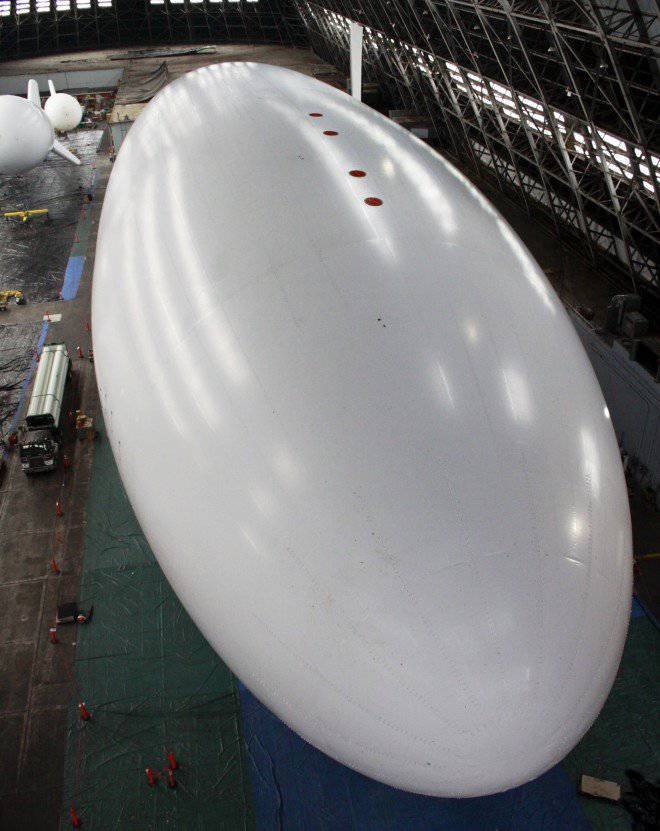 The US military believes that in the very near future the newest 112-meter airship will soar above the Afghan sky. The Blue Devil equipment will include a supercomputer that can process up to 300 a terabyte of incoming information per hour, including a large number of observation and communication systems that can literally “at a glance” cover an area above 90 square. km

The estimated duration of the airship flight is five days with an attainable altitude of 6 and more than km. Video cameras with a large viewing field and modern tracking technologies will make it possible to detect suspicious movements over a large area, thus freeing turboprop and jet aircraft from costly flights. The airship is also equipped with a powerful laser that can highlight the intended targets, marking them for airplanes and exerting a psychological overwhelming influence on the enemy.

A giant shell filled with helium will lift into the air a most complex computer that is equivalent in power to two thousand single-processor servers.

But for now this is all at a preliminary stage. Now a giant airship with envelope volume up to 40 thousand cubic meters. m. is located in the hangar. He is tied to heavy winches. The developers of the Blue Devil are asking the US Congress to provide them with 211 million dollars for the further development of the project. It should be noted that in the United States are developing two projects of huge military airships. In addition to the "Blue Devil" is also being developed "LEMV". Financiers, in turn, are all the more courageous to ask a reasonable question, and whether the financing of just one project will not suffice.
Ctrl Enter

We are in Yandex Zen
Will the American reconnaissance airship take to the air
Americans will send a smart airship to Afghanistan
30 comments
Information
Dear reader, to leave comments on the publication, you must to register.