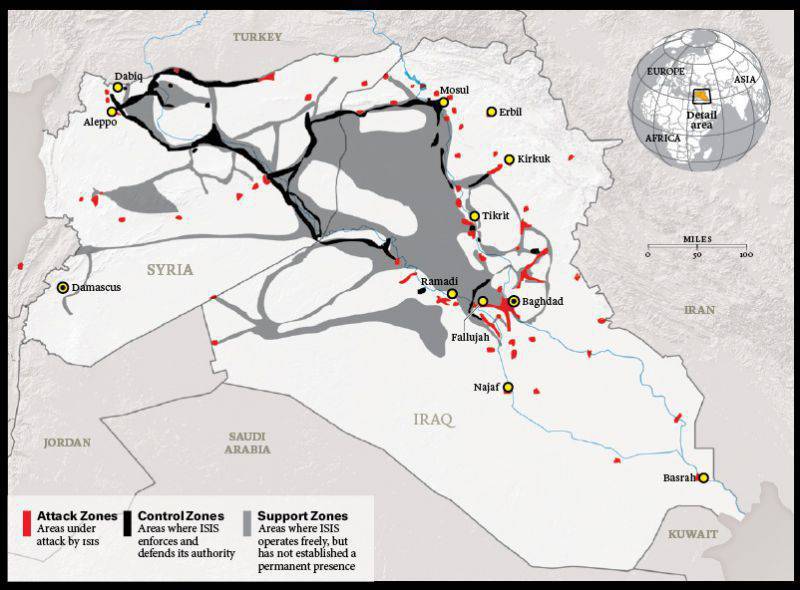 It is believed that the battle for Calamoun will decide the future of Syria and all those involved in the fighting of this largest Sunni uprising. Attention in the battle for Kalamoun is attracted by the western mountains, where the Syrian army, with its ally Hezbollah, is fighting against the rebels, led by Jabat-el-nusra, who are the strongest and most armed in the Free Syrian Army.

While everyone thinks that the "center of the storm" is in the mountains of Kalamoun, on the western outskirts of the Lebanese border, near Hezbollah in northern Lebanon, an important and decisive battle is taking place between ISIS and Al-Nusroy - Free Syrian army. "

It seems that the Syrian army has already abandoned this area and left it, because it does not threaten Damascus and the road from Damascus to the coastal regions of the mainland, where most of the Alawites live. But all this is only a superficial glance. Having invested a lot of strategic and tactical skills, ISIS troops launched a large-scale attack from the east of Syria from Deir ez-Zor to the city of Palmyra and captured him and his region, thereby dropping the Syrian army and air force, which used the military airport in the region. ISIS also managed to take control of huge warehouses. weapons and ammunition of the Syrian army, considered the second largest in Syria. 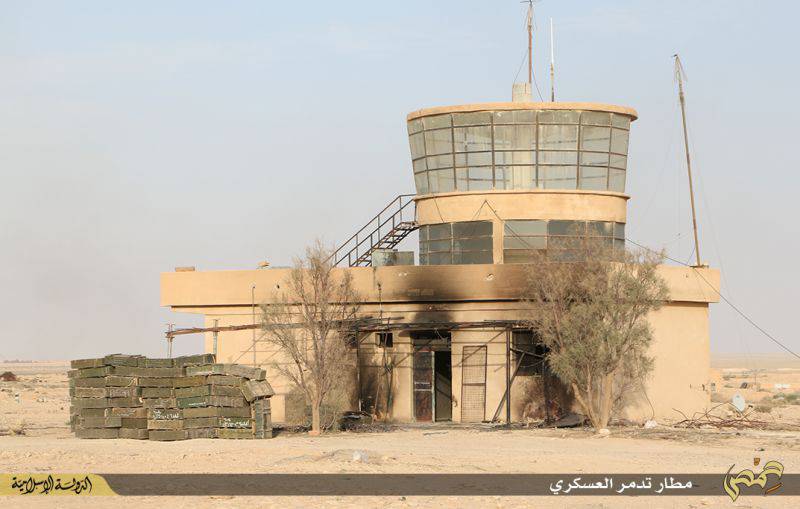 The occupation of the city of Tadmor made the next military step possible for ISIS, opening a route to the western region of Kalamoun, where Alnusra and other rebels fight against the Syrian army and Hezbollah, and paved the way to the south of Syria to Birr-Katsav, located about 80 kilometers from the border with Israel and Jordan.

According to these data, it is revealed that the ISIL forces actually perform a very large strategic step, resembling a military combat doctrine - the so-called strategic sickle strike tactics that characterized the German army very much in the struggle against the Soviet Army during World War II.

This classic combat move reflects the desire to make very fast movements of troops, designed to stop the supply of regular combat forces against the other side. In fact, the ISIL movement in Birr-Katsav and the Soida area is speeding to cut all the supply lines of the insurgents and Al-Nusrah leading from Jordan to the north, south of Damascus, and to Quneitra, bordering Israel in the west.

It can be noted that the next tactical goal of ISIS is to reach the Jordanian border and establish itself there, and it is believed that to prepare their large offensive in the direction of Damascus. But who knows? They may decide to attack Jordan and possibly Israel.

One of the big bonuses earned by ISIS, which few people noticed, is that immediately after the occupation of Palmyra, ISIS took the warehouses of Al-Nusra in the mounds of Albtra and Aldba - "البترا" و "الضبع". Most of the weapons and ammunition in the Alnusra warehouse resulted from the looting of large stocks of weapons and ammunition from the Syrian army, two years ago in Almokhin.

These achievements of ISIS and the looting of warehouses with a huge number of weapons proves the existence of effective ISIS intelligence, despite all the attacks of the allies against them. Even if this is temporary, it is safe to say that ISIS conducts tactical and strategic moves in proportion to the achievement of its goals.

What are these great goals? According to what is known, ISIS will try to conquer the Kalamoun mountain range, disconnect Damascus from the coastal areas on the eve of the battle for the Syrian capital, and also to prepare a springboard for the occupation of Lebanon, against the backdrop of its intention to open the route towards the Mediterranean Sea and fortify itself on the shores of Lebanon. Obviously, if they succeed in these moves, then one of the current tactical tasks is the destruction of the Shiite presence in the north of Lebanon, with obvious consequences for Hezbollah.

And if you think that the Syrian army is not currently concerned about the progress of ISIS in the south of the country, then you are deeply mistaken.

Within a few days, the rebels report that the most important for the Syrian air force and for the Syrian army radar in Soida is disassembled for fear of taking it by the rebels or ISIS, who will come first. In this way, the Syrian army "closes" its eyes towards Israel and hopes that gaps will be filled at Damascus through its facilities on Mount Kasion.

It becomes clear that the Syrian regime does not currently have the intention, strength, or ability to fight Israel with any kind of air retaliation. Syrian Air Force assistance network is destroyed, and with it the entire civilian control system aviation in the south of the country.

It seems that all the complex equipment and radar stopped, and the leadership of the Syrian army transports them to the north.

In fact, the equipment can be restored in coastal areas, which means that the Assad regime, even if short-term, is desperate to master southern Syria.

Is ISIS the most powerful armed Sunni organization in Syria?