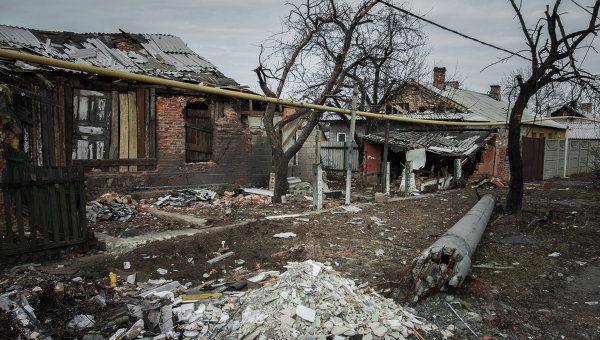 The US and NATO are slowly preparing for a full-scale intervention in Russia.

2. The directions of the main and auxiliary strikes were chosen: from Lithuania and Poland to the Kaliningrad region, from Latvia, Estonia the main blow to Moscow, auxiliary to Leningrad. From Narva to Leningrad kilometers 150.

In the direction of Leningrad from Estonia are quite expensive, suitable for wheeled vehicles. This will be the direction of the auxiliary strike. What else is convenient for the Baltic states - the developed port and railway networks make it possible to accumulate and store huge stocks of military equipment necessary for the next campaign in Russia and quickly transfer it to various directions. On matters of logistics and logistics, Americans are world champions.

3. It’s harder with Moscow, because The Pskov and Novgorod regions, as they were 75 years ago a bearish corner, have remained. A decent grouping through the Pskov-Novgorod-Tver taiga will quickly be difficult to smuggle. But even here, with logistics and supply, the Americans will help, as with military planning, aviation, parts of electronic warfare and MTO, etc.

4. But to help the northern grouping will be used the strongest and in terms of armament, size and motivation, the Ukrainian grouping concentrated in the deaf and Shostkino forests. There are such forests there, that the whole Chinese army can be hidden, and even the Ukrainian military strength is about half a million - all the more. It seems to me that the Americans will not trust the Ukrainians with questions of material supplies, logistics, transport and logistics, and again they will provide everything on their own. Painfully serious these are questions. Concerning the possible half-million grouping of the Ukrainian army, do you think - bust? Well maybe a little bit. Another couple of years of indigent poverty in Ukraine, and every second man, from those who could not afford to dump out of the “read Nenka” and with brains completely zazombirovannyh ukropaganda, will consider it his duty and honor to go to Moscow for zipoons. And the mobilization resource of the thirty millionth of Ukraine is more than a million potential soldiers.

Of course, half a million soldiers must be dressed, shod, fed, armed, taught to fight, provide sergeants and officers. And this question in a couple of years will be resolved by calling in reservists who had previously passed through the war in Donbas and who have experience of participating in hostilities. Whatever you may say, even forced mobilization may ultimately bring potential benefits. And they will be called a month before the start of the offensive. This time is quite enough to form parts and divisions, to carry out elementary coordination and not to have time to sleep and decompose.

Let me remind you that from the checkpoint "Bachivsk" to Moscow about 520 km.

So, from the South and the North-West to the Moscow area in the converging directions of Euroopeits and those who joined them, armed with American technology, technology, aviation, control systems and suppression, centuries-old hatred of Russia, supplied by the Americans to meet each other move "civilizers".

5. Along the way, as I mentioned above, from Lithuania and Poland, they are convinced that the Old Man’s army will confine itself to demonstrating activity and closing the skies for the planes of the countries of the anti-Russian coalition (not really necessary!) And under the pretext of the need to protect the Polesie direction from aggression from Ukraine, concentrated between Brest and Mazyr, proud Polish and Lithuanian gentlemen raised their proud heads attack the small Kaliningrad enclave, completely isolated at that time fleet NATO and interrupted air and rail links with Greater Russia.

Kaliningrad region will be left to itself. "Iskander" is unlikely to help. There would be a small, but modern coastal zone rocket fleet that could discourage the blocking of the Baltic between Kaliningrad and Leningrad. But alas. For a couple of years, such a fleet will not appear. It would be nice to have in the Kaliningrad region a system of fortified areas like those that Hitler had in East Prussia in the 1944 year. But the old defenses were blown up, and the new ones, naturally, were not built.

6. The reason for the start of a big war is likely to be an ultimatum of Ukraine or the United States with NATO to return the Crimea or the next round of conflict in the Donbas not resolved by that time. Yes, only to the Crimea, Ukrainians will be the last to go.

To their American lenders, the Crimea is not needed for the satisfaction of Square vanity. Crimea is so. Consolation prize for good behavior and cannon fodder, and even then, certainly with reservations.

They need everything. They need to finally destroy Russia as an empire, as a factor of world and European politics. Dismembering and subjugating the weaker parts of the richest country in the world - this is the task of the Anglo-Saxons and Europeans and their blue dream for the past three hundred years.

Will the path of civilizers and those who joined them among the Young Europeans and all the candidates for candidates in Russia be littered with roses? We must ask Napoleon and Hitler.

But we will not find it enough.

According to the old Russian habit, we are not ready for war. But still win. Again we wash krovushkoy, but we will win. And again we will restore everything at our own expense, and the profits will be calculated in London and New York.

So, maybe, while there is still time, do not wait for a passive blow on the face of a presumptuous bully?

Maybe you should not let the snakes quietly crawl in the bosom, and give the enemy a close distance with a knife?

If we are sure that aggression is already being committed against us, then we have the right to defend ourselves without reading the full text of the article on the right to the necessary self-defense for a drunken and arrogant rapist.

If there is a right to aggression in the world, then why did we voluntarily deprive ourselves of this right, while others use it right and left?

Why do we perform voluntary castration after the wedding night?

We have the right to aggression.

Written on the shore of the blue Azov Sea, three kilometers from the ruins of the village of Shyrokino.