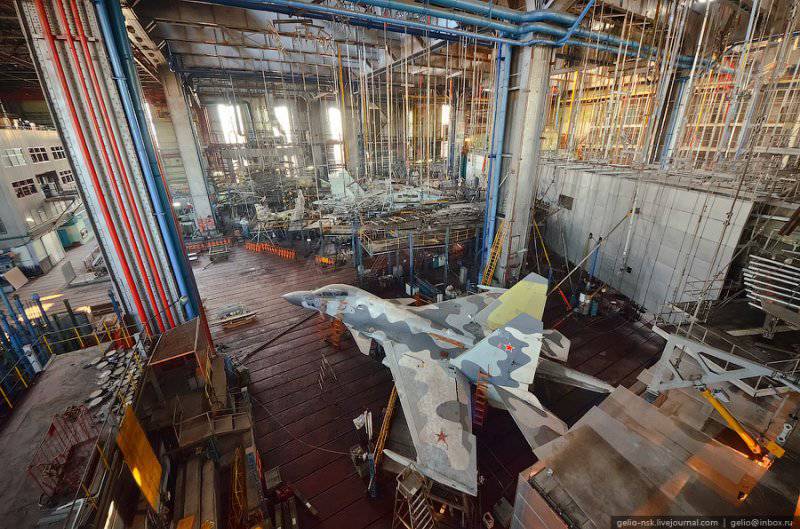 Siberian Research Institute aviation them. S.A. Chaplygina (SibNIA) is the largest research center for aviation science in eastern Russia. The laboratories of the institute worked out the layout of staged aircraft An-2, A-57, Su-26 and Su-27; strength and fatigue tests of more than two hundred types of various aircraft were carried out, including the supersonic passenger aircraft Tu-144, VKS "Buran", Tu-204 and the Su-27 family of aircraft; tested take-off and landing devices of more than two hundred and fifty domestic aircraft. Currently, the institute is busy testing aircraft SSJ-100, T-50 and MS-21; creation of flying laboratories for special applications; design of structural elements of the aircraft IL-476; test recreated the legendary attack aircraft IL-2. 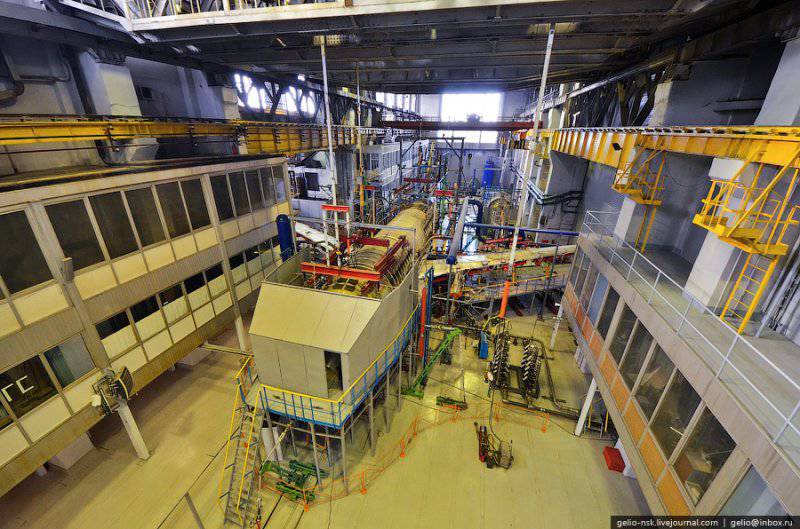 In this workshop, work is underway to ensure the creation and development of a resource for a regional SSJ-100 aircraft. 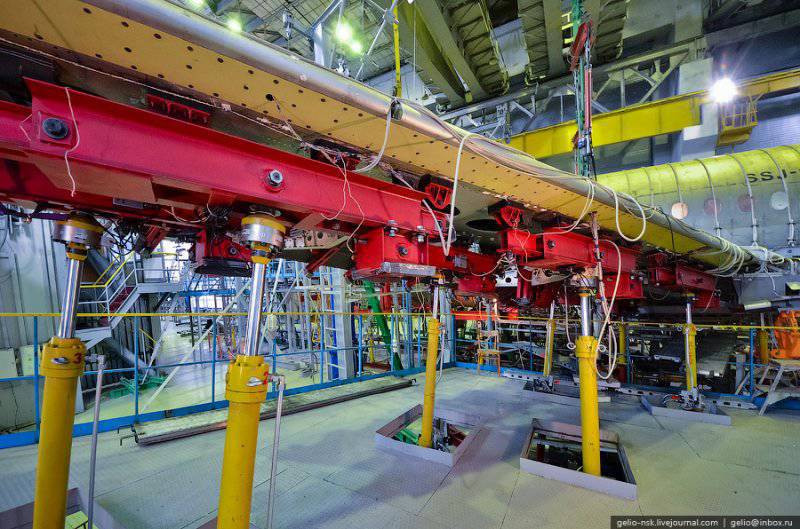 Sukhoi Superjet 100 (SSJ 100) is a Russian short-haul passenger aircraft developed by Sukhoi Civil Aircraft in conjunction with a number of foreign companies. 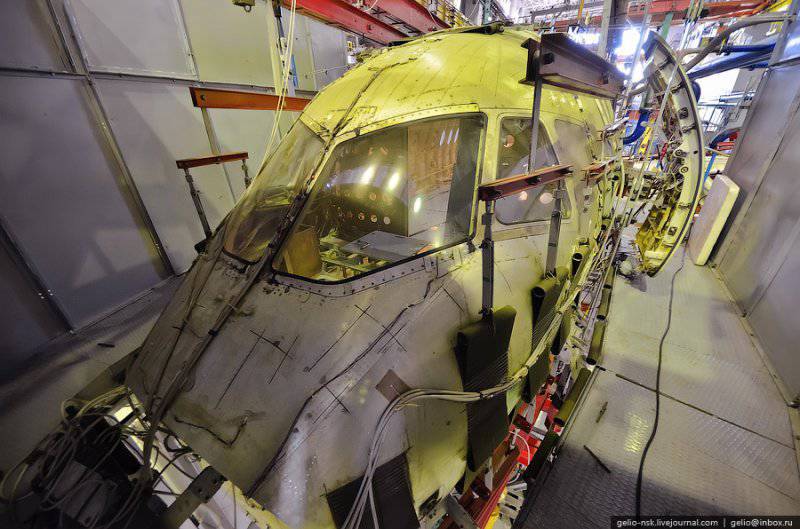 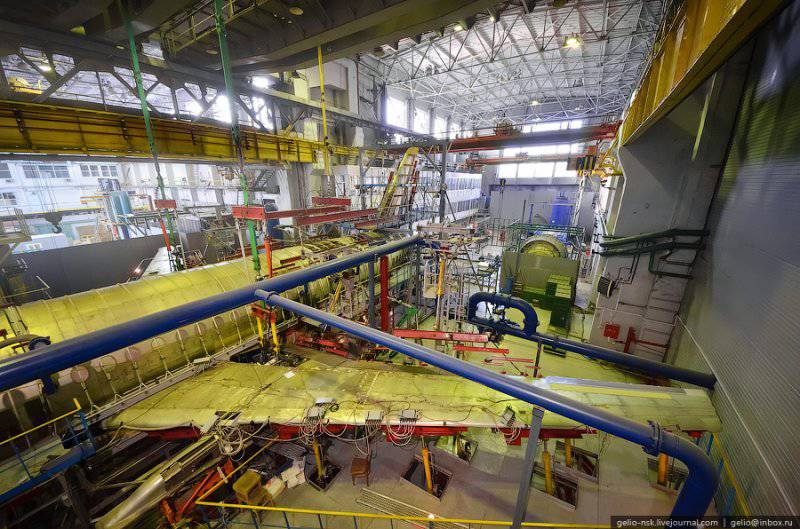 Currently, 17 production aircraft are in varying degrees of readiness in production, 5 of which are in the final assembly shop. 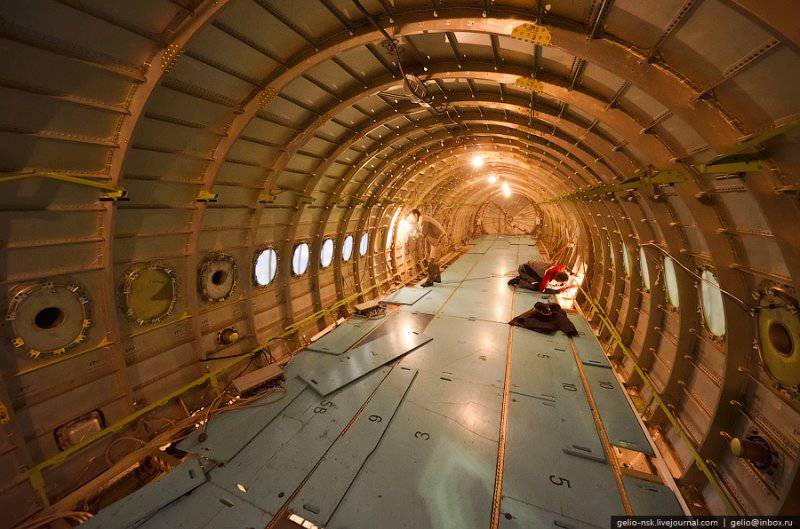 The layout is a narrow-bodied nizkoplan, in the cabin five seats in a row. 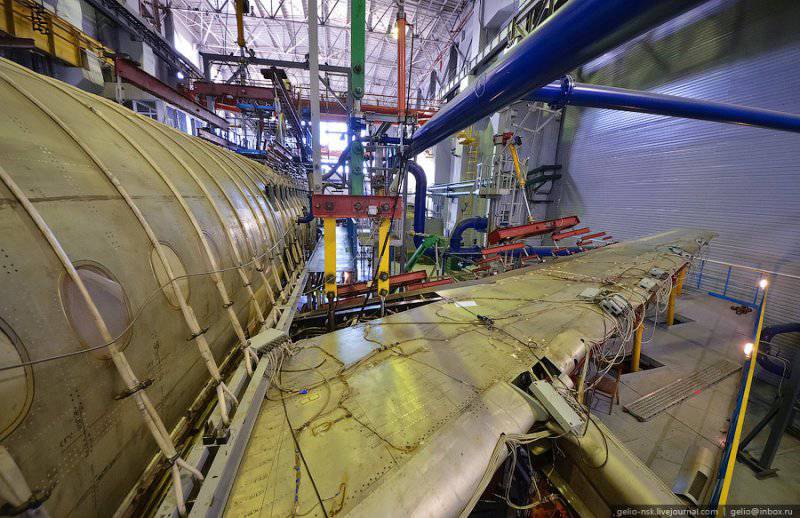 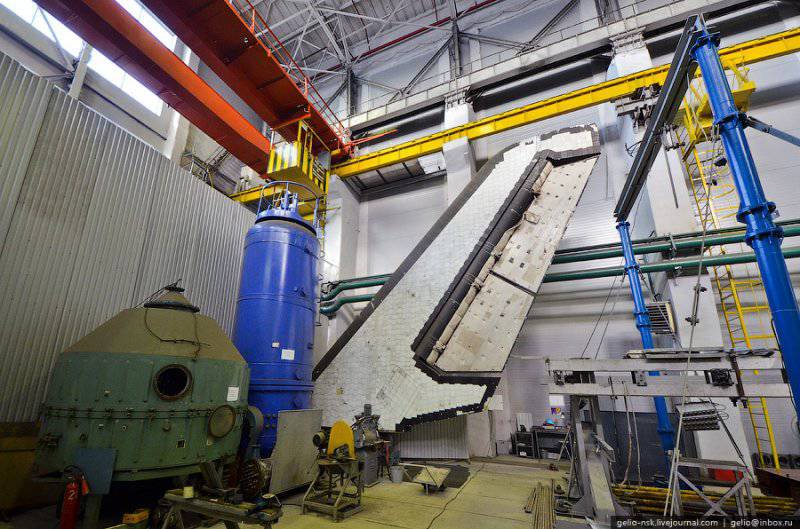 Tail keel from VKS "Buran"
In SibNIA the technology was developed with the help of which the design was heated and cooled to the desired temperatures. 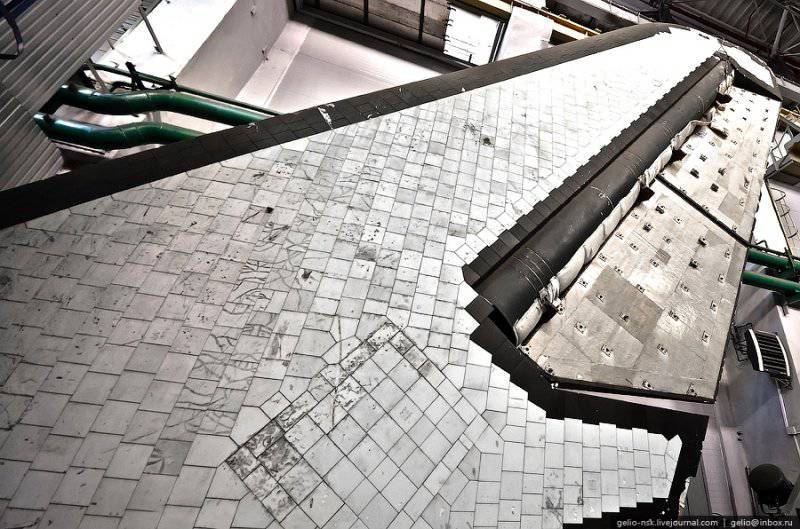 Thermal plating "Buran" can withstand temperatures up to 1200 degrees. 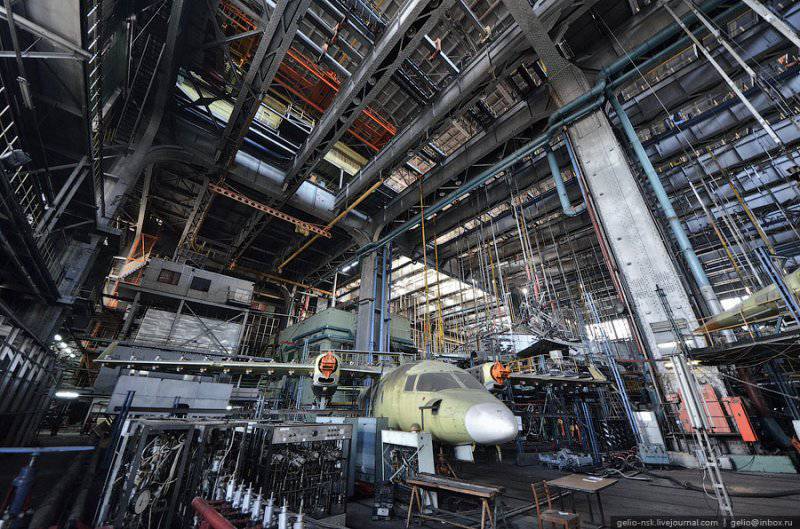 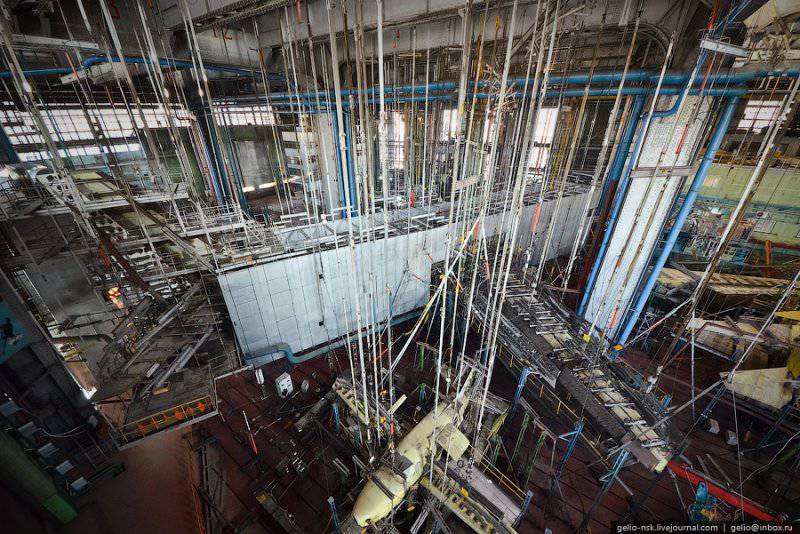 Nowadays, several modern aircraft, including Su-34, Su-35, Tu-204 and others, are tested for durability and service life in SibNIA. 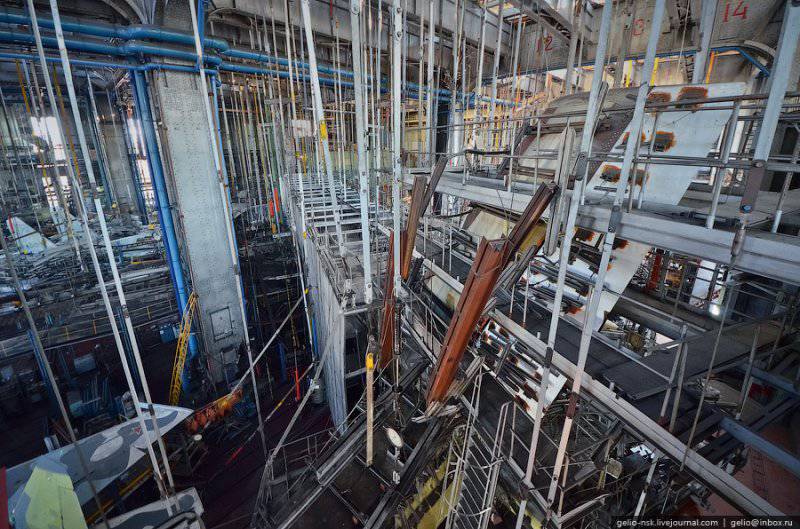 All aircraft are in “suspended” condition. 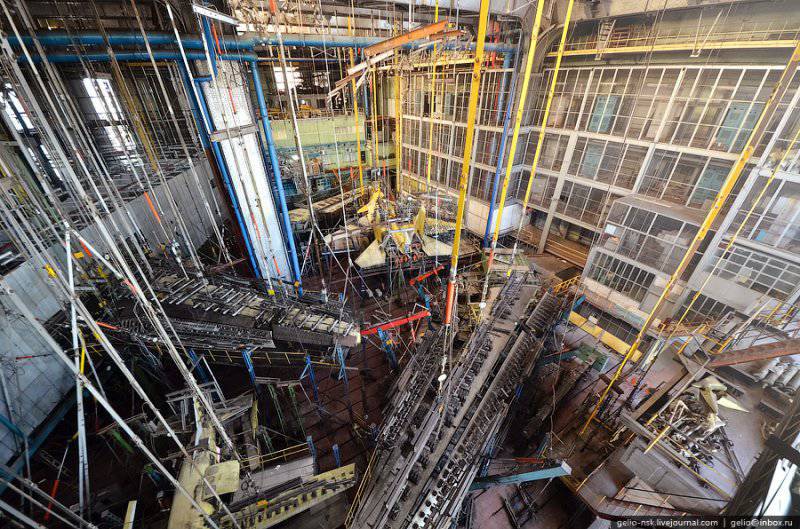 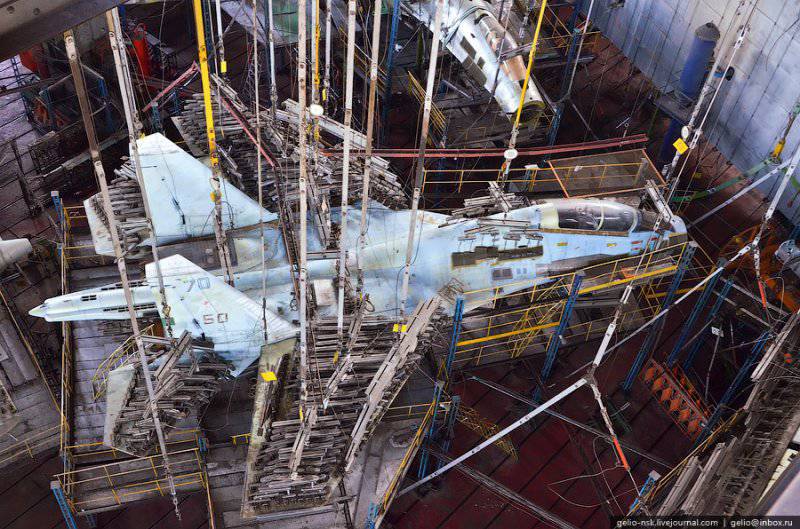 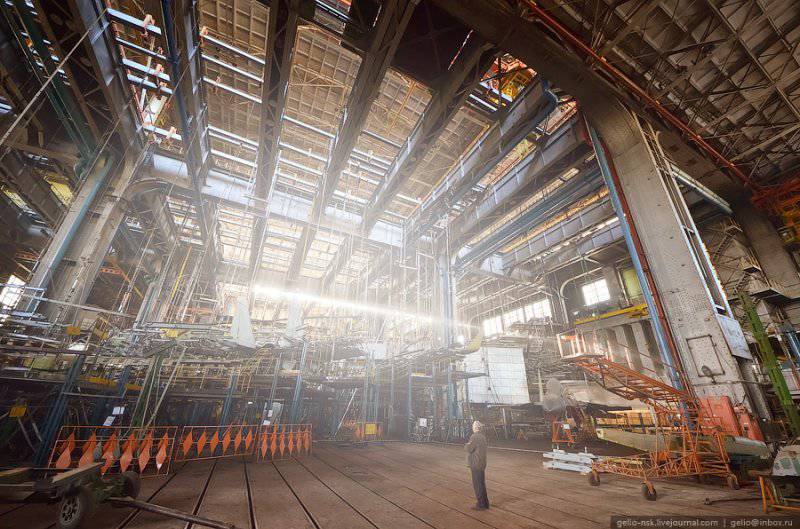 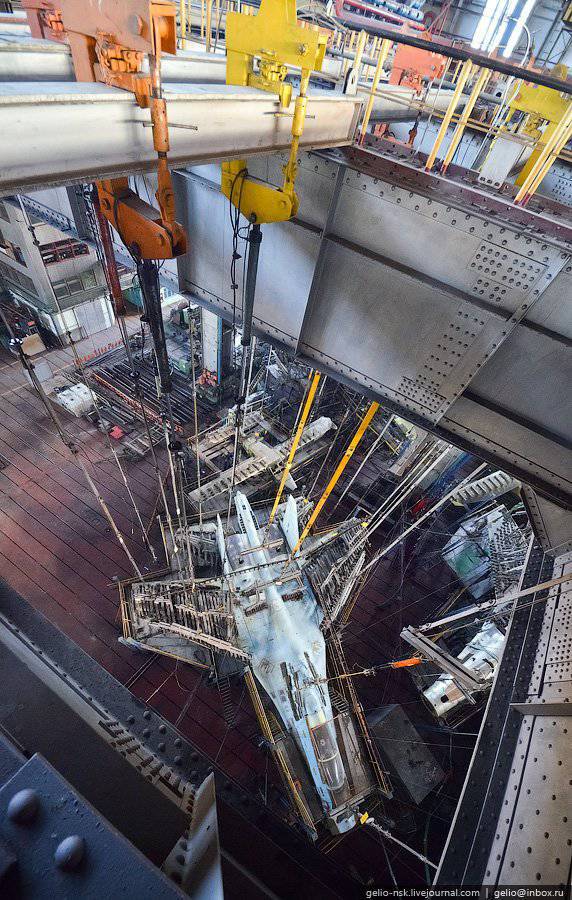 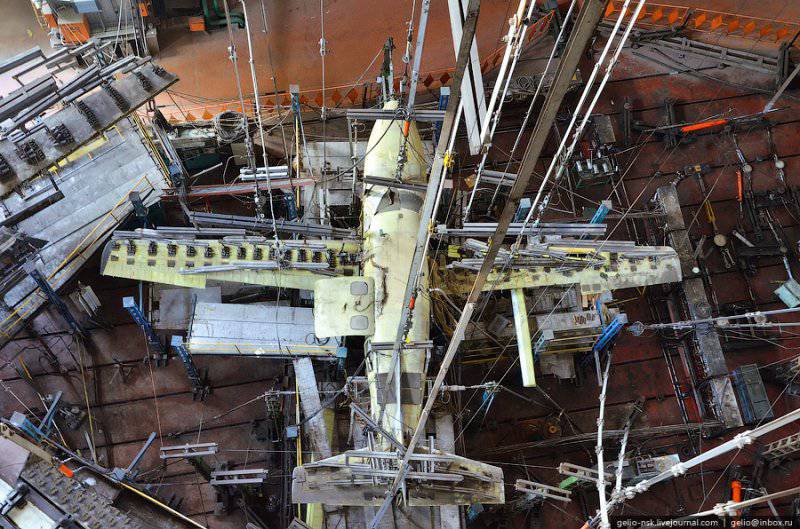 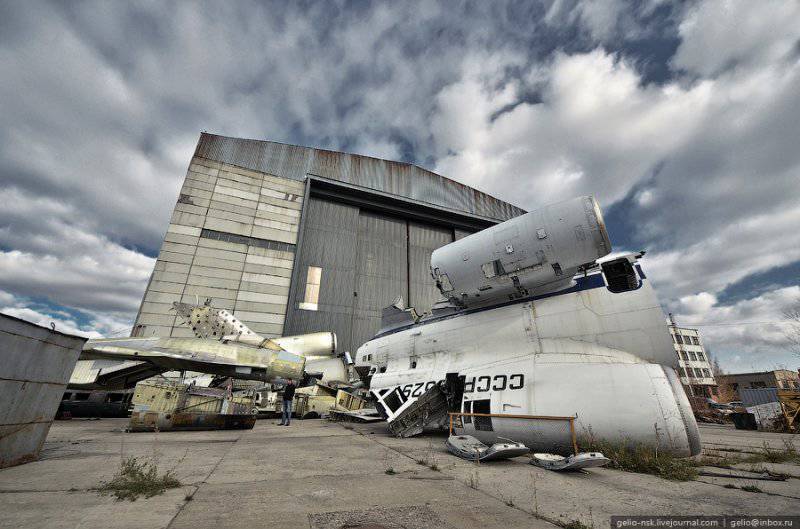 We are in Yandex Zen
100th Sukhoi Superjet 100 aircraft assembled in Russia
IL-76MD-90A or "Product-476"
1 comment
Information
Dear reader, to leave comments on the publication, you must to register.