China and the United States: who to whom?

29 May 2015
16
The US Secretary of Defense "asked" the Chinese authorities to stop pouring artificial islands into the disputed parts of the South China Sea. He said that the United States Air Force and Navy will continue to patrol international airspace and waters in the region. The answer to Washington came from the Chinese Ministry of Foreign Affairs. There, the White House was advised to study the maritime legislation, and also not to violate it. Earlier, billionaire D. Soros called on Washington to make some "concessions" to Beijing. However, it does not seem to have listened to his opinion. Some Russian experts believe that a full-scale conflict between China and the United States is possible. 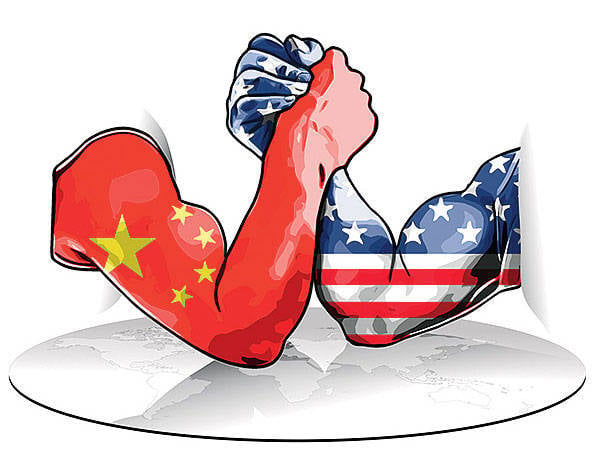 How is the radio broadcast "Freedom", US Secretary of Defense Ashton Carter, has cautioned China against creating artificial islands in the disputed territories of the South China Sea. According to the head of the Pentagon, the United States Air Force and Navy will continue to patrol the region’s international airspace and waters. Carter made such a statement while at the Pearl Harbor military base.

Svoboda reminds us that last week the Chinese Navy demanded that the American reconnaissance aircraft stop flying over the territory of an artificial island. The Chinese authorities called the actions of the American aircraft irresponsible.

The statement of Mr. Carter quotes and broadcasting company "BBC".

The American Secretary of Defense clarified that Beijing’s actions in disputed territories lead to destabilization of the situation. The minister also promised that the United States will remain the guarantor of security in the Asia-Pacific region.

The Chinese answer was not long in coming.

According to Gazeta.ru with reference to the RIA "News“A spokeswoman for the Chinese Ministry of Foreign Affairs, Hua Chunying, made a statement during the briefing.

“We are opposed to the fact that some countries use freedom of navigation as an excuse to violate the sovereignty of other states and damage their legitimate rights, as well as to ignore security aviation and navigation, ”she said.

The Ministry of Foreign Affairs called on Washington to thoroughly examine maritime legislation and not violate it.

The billionaire George Soros spoke about the high probability of a conflict between the USA and China (with the possible support of the latter by Russia).

On the "Military Review" We have already talked about the statement of George Soros, concerned about the possibility of a new world war, which could happen as a result of the clash of the Chinese with the Americans. Recall in brief what was discussed in the material.

“If a conflict occurs between China and the military ally of the United States, which is Japan, it will not be an exaggeration to say that we will be on the verge of World War III,” Mr. Soros said.

To avoid a war, the United States, according to the billionaire, must make a "big concession" and allow the Chinese yuan to become part of the IMF currency basket.

Yes, such a step will lead to the fact that the yuan will become a potential competitor to the dollar. However, the assignment to China is not easy, but golden. In response, China will have to make such major concessions - to carry out reforms in its economy and adopt the practice of the rule of law.

As for probable war, Soros painted such a picture: “Otherwise,” said the billionaire, “there is a real danger that China will join Russia both politically and militarily, and then the threat of World War III will become real ...”

What do Russian experts think about the possible clash between China and the USA and the threats of the Third World War?

Vice President of the Academy of Geopolitical Problems Sinologist Konstantin Sokolov said "Free Press"that a full-scale conflict between China and the United States is really possible soon. However, a direct military collision will not. Moreover, in the statement of Soros there are “big stretches”.

“If Soros told the whole truth, he would not be Soros. There are big tensions in his arguments. But really, we see a new stage of global confrontation, and this is objective. 9 May this manifested itself very well. Chinese and Indian troops marched through Red Square. It was a demonstration that the BRICS association is beginning to transform from a purely economic union into a military-political one. The union goes into a new quality, and this union is anti-Western. ”

If until now the West has acted "arrogantly", believing that "no one can oppose it," now "this will not work out anymore." This is what Soros says, the expert believes.

According to him, “the classic armed confrontation between the United States and China is impossible,” so the conflict “will develop according to a different technology.”

“The world has departed from interstate direct collisions. Who attacked Syria, Tunisia, Libya, Egypt, Ukraine? Formally, no state attacked these countries. Nonetheless, a war has been unleashed against them according to the United States common national security strategy adopted in the 2006 year, the so-called “Bush doctrine”. According to the doctrine, conflicts must have the character of a civil war. ”

The expert believes that "there will be a mass of clashes in the form of civil wars, similar to those that are now taking place in the Middle East." Of course, the PRC "will use its power so that loyal forces defeat it in conflicts." But the same will be done by the United States. “This is the standoff between Washington and Beijing,” the analyst says.

As for the confrontation between the yuan and the dollar, then, according to the expert, there are already agreements on interstate settlements without the use of the dollar, and Soros only speaks of the coming reality.

“Of course, nobody in the States seriously thinks about the war with China, Soros just exaggerates. I remind you that the Bill Clinton administration pursued a policy of strategic partnership with regard to the PRC. Then came the Republicans, led by George W. Bush, they declared China a geopolitical adversary and began to pursue a policy of containing China. ”

The States decided to make India the main counterbalance to China, for which they recognized this country as a de facto nuclear power. However, India has an independent policy. Then there was another concept that appeared at the dawn of the Obama presidency. Mr Kissinger and Brzezinski proposed the “G-2” format: joint control of the world by the United States and China. However, the Chinese also showed independence and abandoned it. Result: Obama is back on containment policy. “Therefore, Washington,” the expert says, “has established relations with Vietnam, with a number of small states in Southeast Asia. Americans are trying to connect Japan and Australia to their plans. ”

At the same time, the PRC is the first US trading partner (“number two” after Canada). And it turns out that at the same time there is a large-scale mutual trade, and a policy of containment.

According to the analyst, China does not claim to world leadership. “The Chinese state has no more 2500 years, and in all this time the country has not laid claim to global roles,” the scientist reminds.

As for the statements of Mr. Soros, they clearly show a fear of a possible alliance between China and Russia. Historical There is an example: in the 1950s, an alliance between the Soviet Union and China existed, and in the West it was "perceived very painfully."

It turns out that we add from ourselves that the United States is entangled in its own hegemonic policy. Not wanting to have at least someone in the world approaching the economic and geopolitical power of the United States, Washington is pursuing a so-called deterrence policy with respect to "partners." Today it concerns both China and Russia. Meanwhile, Washington needs allies in both Beijing and Moscow. Geopolitics is unthinkable without major allies. The 500 billionth US trade turnover with China is also an important argument in strengthening ties with Beijing. However, instead of strategic friendship, the White House is looking for a conflict of old habit and forms the core of its allies in the APR, starting with Japan and those countries that have territorial disputes with China. This is nothing but a “groundwork” for the formation of the sides of the future front.

In the future "confusion" that the US will start against China, there can be no doubt. The only question is how effective can Washington hawks can act against China.