Russian Helicopters Holding will present at the Army-2015 Forum new models of military helicopters: the marine version of the Alligator helicopter, the Night Hunter with dual control, the Mi-8AMTSH-B and light Ka-226T

27 May 2015
15
Russian Helicopters Holding will take part in the Army-2015 International Military-Technical Forum, which will be held in the town of Kubinka, Moscow Region, from 16 to 19 in June. For the Russian and international participants of the forum, the Russian Helicopters holding will present the latest military helicopters that are used in the Russian Armed Forces, as well as promising designs and export models. Visitors to the exhibition will be able to see new models of military helicopters, such as the Ka-52 “Alligator” maritime version of the Ka-52K, Mi-8AMTSH-B and Mi-28Н “Night Hunter” with dual controls, as well as the Ka-226Т lightweight.


The Ka-52K helicopter is created for the Navy fleet Russia and was developed on the basis of the Ka-52 Alligator reconnaissance and attack helicopter. Especially for basing on ships, the Ka-52K will have stable anti-corrosion treatment, folding blades and wing consoles and other technical solutions, and a number of helicopter systems will be adapted for use in the fleet. The new modification is being tested.

Mi-8AMTSH-B is a new version of the military transport helicopter Mi-8AMTSH. The upgraded helicopter has improved flight performance; as part of the import substitution program, many foreign components in this vehicle are replaced with new Russian ones, which often have better characteristics and expand the functionality of the helicopter. So, on the Mi-8AMTSH-V, the more powerful VK-2500-03 engines manufactured by Klimov and the auxiliary power unit TA-14 produced by NPP Aerosila are installed. The new BMS navigation system can work both with the domestic GLONASS system and with foreign GPS. For the convenience of the crew and helicopter flight safety, a new Russian weather radar has been installed with the function of displaying the image of meteorological formations and objects on the monitor. In order to increase combat survivability, the helicopter is equipped with Russian-made ceramic metal armor, which is more durable and lighter than steel armor. 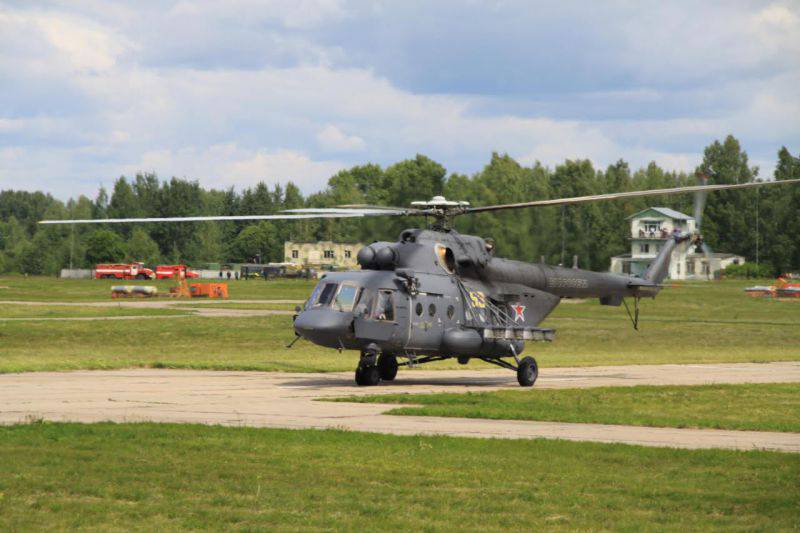 On the basis of the Mi-8AMTSH-B, an “arctic” version of the military transport helicopter, the Mi-8AMTSH-VA, is being developed. This helicopter is highly autonomous. It is prepared for work in conditions of low temperatures and the polar night, it has the most modern onboard equipment and special equipment. Mi-8AMTSH-VA for the Arctic parts of the Armed Forces of Russia will significantly improve their efficiency, as well as help implement the program for the socio-economic development of the Arctic.

Combat Mi-28H "Night Hunter" with dual controls - a modification of the helicopter, which is designed to train military pilots. At the same time, the Mi-28H “Night Hunter” with dual controls can perform all the functions of an attack helicopter, which include the search and destruction of enemy equipment and manpower, low-speed air targets at any time of day, as well as in adverse weather conditions. 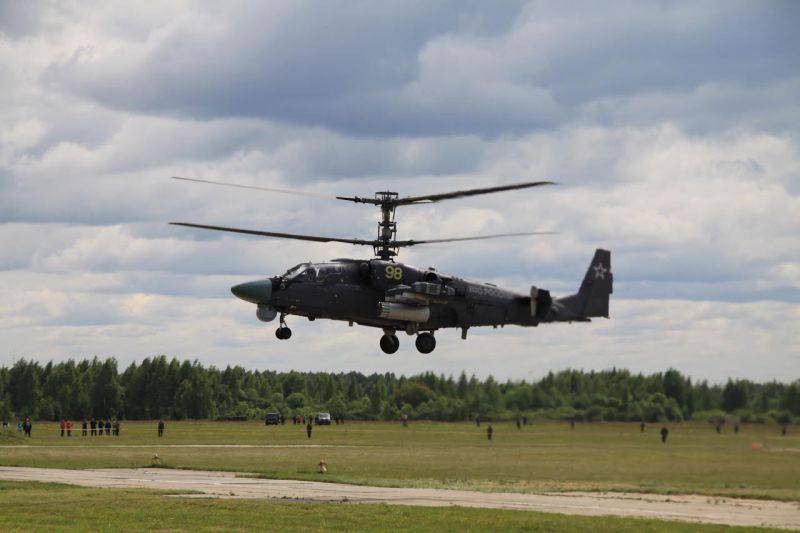 The Ka-226Т light multipurpose helicopter was developed on the basis of the Ka-226, which, in particular, is used in the Armed Forces of Russia. Ka-226T successfully participated in the tender of Light Utility Helicopter to update the fleet of light helicopters, announced by the Ministry of Defense of India. The tender came from 2003 of the year and was canceled in 2014. The Ka-226T tests in the conditions of the Indian highlands and hot climate clearly demonstrated its advantages over the competitors represented by Western companies.

The Helicopters of Russia holding responsibly fulfills the state defense order and supplies the Russian Ministry of Defense with modern helicopter technology. The scale of participation of the holding in the military-technical forum "Army - 2015" emphasizes the high degree of interaction and the importance of cooperation with the Ministry of Defense.
Ctrl Enter
Noticed a mistake Highlight text and press. Ctrl + Enter
We are
Innovation Day of the Southern Military District: Pictures from the ExhibitionThe action “Military service under the contract is your choice!” In Rostov-on-Don: future contract servicemen, exhibitions and “Russian Knights”
15 comments
Information
Dear reader, to leave comments on the publication, you must to register.