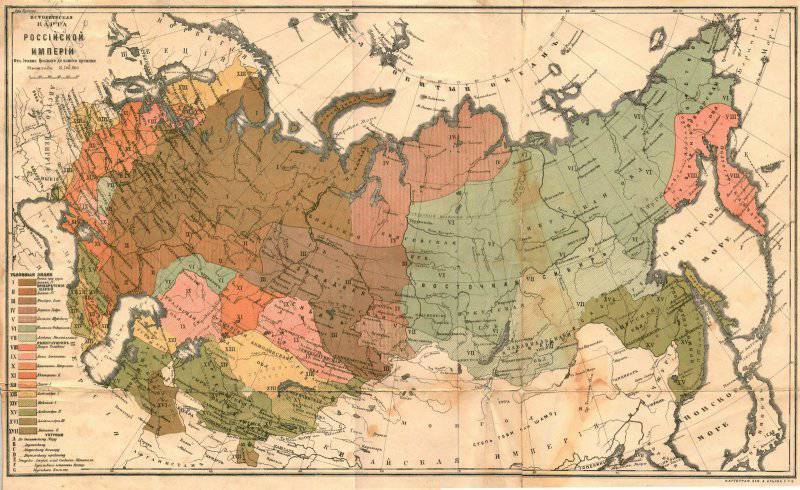 It should be noted that an important factor in Russia 2000-ies, which can seriously affect the future of Russia, was the emergence of "new" young people. These are young people who have in fact not found the Soviet Union (or have found the years of “perestroika”), but for the most part they treat it with respect. Thinking that the "parents" (the older generation) could not defend the USSR, they do not consider the opinion of these people authoritative.

They have a great drive, as they were able to form and defend their views during the era of ubiquitous lies, de-Sovietisation, new wave of de-Stalinization of Russia. The fact of the emergence of this stratum of young patriots of the USSR-Russia is interesting, they do not fit into the plans of the creators of restructuring and capitalist (neo-feudal) Russia.

These are smart people, mostly at the age of 20-35 years, who need ideals, great goals. They are searching. The last two decades have been the time of the internal search. Someone returns to Christian values, many "sick" eastern teachings like Buddhism, studying yoga, others took part in the creation of the neo-pagan Slavic movement. It should be noted that the same neo-pagans are mostly young people with an excellent education, trying to lead a healthy lifestyle, looking for and creating the dream of a “golden age” of pre-Christian Russia. This is a rather gratifying fact, especially against the background of the “swamp” of Western civilization. Russian people are looking for, and as you know: "Knock and reveal to you, seek and find, ask, and it will be given."

Russian youth are alarmed by the future of Russia and do not want (in their mass) to leave for the West or the East. Although in the Russian Federation (as in Ukraine) all the conditions are created so that talented, highly qualified people leave the country. Talented young people are not needed to maintain the "pipe", focused on the export of raw materials to the Russian economy. In exchange, hundreds of thousands of low-skilled migrants are brought in, they are needed to increase the outflow of the white population abroad.

Young people do not want "success" in the conditions of the so-called. “Wild capitalism”, and a new development model of Russia, which will take all the best that was in the Soviet Union. She needs a project for the development of Russia that will give the country a worthy of our past. historical perspective.

In fact, the patriotic youth of the Russian Federation needs a new mega-project. These people believe that Russia is still able to once again become a great world superpower, a leader of world development, prevent the end of humanity’s death in the fire of a new world war and lead humanity to a new path to new goals. They want Russia to once again surprise the whole world, make a “miracle”. Because the only way to get out of the current dire situation of almost a national disaster.

And this project should be based on the developments of the Soviet Union, since it was the Soviet System, with all its mistakes and weaknesses, that carried goodness, light, purity. And most importantly, a high social and cultural standard, the bar to which people should strive. The USSR was an advanced state, a state of the future. The foundations of the new project can be the fundamental values ​​of our people - kindness, the priority of the spiritual principle over the material, diligence, collectivism (sobornost, cooperation).

What the current government is proposing - surrogates like the “Young Guard of United Russia”, the Nashi youth movement, cannot eliminate the demand for a “big project”.

And as long as there are such young people in Russia, she (Russia) has chances ...

We are in Yandex Zen
About Stalin and Khrushchev
What you didn't want to know about England
80 comments
Information
Dear reader, to leave comments on the publication, you must to register.