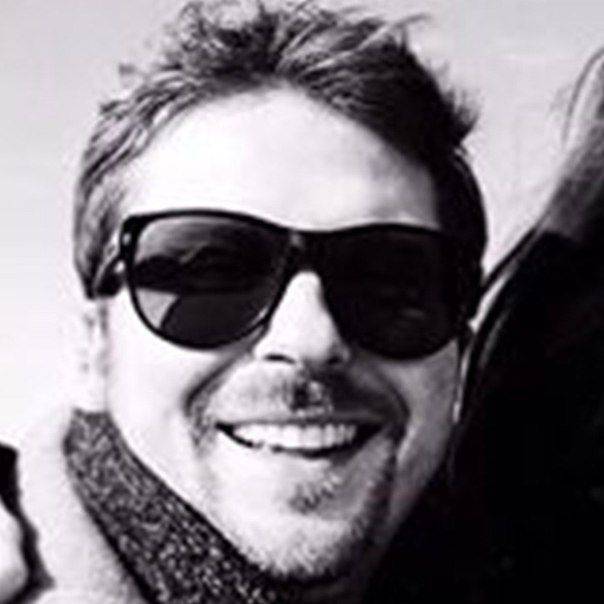 The past week was marked by several sad events at once, presented, however, quite in the style of the Ukrainian media almost under the guise of achievements and victories.

The failed results of the Summit, which the Ukrainian Ambassador to the EU Konstantin Yeliseyev carefully prepared for Ukrainians, were still 12 in May, canceled out hopes of obtaining a visa-free regime and even a ghostly rapprochement with the EU.

By the way, the results of the Summit cannot be absolutely catastrophic purely dialectically for one reason only - due to the meager expectations of Kiev from the Summit from the very beginning.

At the same time, all the media in the world (except, perhaps, the most objective and honest - domestic ones) categorically admitted that the cooling of the EU’s interest in the “Eastern Partnership” itself is indisputable.

If we discard the blatant nonsense that the regular “optimists” - “political scientists” or the mouthpiece of absurdities Irina Gerashchenko speaks about - the main “success” of the Summit remains in the balance the mention of the annexation of the Crimea and the possibility of joining the EU in the future.

“Within the framework of the European Neighborhood Policy and the Eastern Partnership, the summit participants confirm the sovereign right of each partner to a free choice of the level of ambitions and goals to which they aspire in their relations with the European Union. It is the EU and its sovereign partners that must decide how they want to act in their relations. ”

Without a doubt, we are talking about the impossibility of interference by third countries (of course, Russia) in the relationship between the EU and its partners in the Eastern Partnership.

At the same time, it is quite clearly given to understand that Ukraine has the right to choose the “level of ambitions” in its desire to become part of the European Union. You can hang the flags next to the state, you can issue license plates of cars with the emblem of the EU.

Your point, the level of ambition is determined independently. At the same time, the decisions remain for the EU and what decisions these are in light of the termination of EU expansion to the East is quite obvious.

“The EU remains committed to supporting the territorial integrity, independence and sovereignty of all its partners.”

That is pleased? And are rejoicing political figures and officials of the Foreign Ministry not aware that support for territorial integrity and sovereignty is the “common place” for any declaration of such a plan? Or know, but deliberately "playing fools"?

Aggressively in the little fool played 20 May head of the National Security and Defense Council Alexander Turchinov. What caused a flurry of irritation.

The Kremlin, which received such a gift in its hands, instantly responded through the words of the head of the international committee of the Federation Council Kosachev:

“Turchinov, apparently not understanding what gives out“ military secrets ”, but in fact an open secret, acknowledged what the American curators officially deny: the missile defense system in Europe was created and developed not for real and mythical threats from the Middle East region , but in order to try to compensate for the Russian nuclear potential ...

But I overdid it - for the Americans it is a disservice, they don’t know what to do with Ukraine’s application for NATO membership, as well as with the endless requests of Ukrainians about money and weapon».

Kosachev looked like he was into the water — the State Department had to take the rap for the chatter of Turchinov.

“The United States and NATO have no plans to deploy missile defense systems in Ukraine. I do not understand what they [the Ukrainian side] had in mind. It is well known that all existing elements of a missile defense system, as well as those planned for deployment, are located and can only be located in the countries of the Alliance. ”

Awkward happened. The NATO response was even more irritated:

“For any comments on this issue, please contact the Ukrainian side”

Last week, irritation of our state and its management was demonstrated by representatives of all organizations, meaningfully referred to as “partners of Ukraine”.

John Herbst, an experienced diplomat, former US ambassador to Ukraine, gave an interview in which only those who cannot read read hints at the president and prime minister of Ukraine:

“In Ukraine there are very serious problems with corruption, because, frankly, the top of your elite is very corrupt. The highest tip. I will not name them now, but there are even people on the list of corrupt officials who are very good at speaking in the “language of reforms” with the countries of the West, aptly speaking, succeeding under the old system.


They are perfectly able to move from one party to another, sometimes to make maneuvers between several parties - and somehow remain inviolable and flourish. They learned to flourish, playing by the old, but very convenient rules for themselves. And if it is convenient for you to work in the position of minister, imagine what amenities will be at a higher level. These people are the problem, and at the same time, the leadership of your country. ”

If Pyotr Alekseevich wished to cause even greater irritation in the West, he would not have been able to do it better than he did in his interview for the BBC's May 20:

“I can say that the United Kingdom is one of the EU countries, which most of all supports the European aspirations of Ukraine and is working to end the aggression.”

Without a doubt, in view of the fact that the Air Force is a British company, Peter Alekseevich made a nod to the UK. I would give an interview to Poland - I would bow to her, and if I spoke with representatives of Al Jazeera, I would definitely say that the support of Ukraine to Qatar is the cementing foundation of the Ukrainian statehood itself.

Support for Britain is indeed taking place, but it is very, very formal.

“... we captured two Russian military, a few weeks and months ago we captured first 20, then 60 Russian special forces. I read the day before yesterday in one newspaper that the expression “Russian soldiers” was written in quotes.

Come to Kiev and check for yourself - there is no reason to write it in quotes. These are real Russian special forces officers who came here to fight. These two Russian soldiers killed one of my soldiers ...

In all likelihood, Poroshenko actually believes that the world cares about what he says. Come, see, the world trusts. It doesn’t matter to the world whether there is evidence or not. Though with pieces of the bus come, at least with the heads of the GRU employees. Spit.

“People came to us who train our National Guard and the Armed Forces. We get armored vehicles, but without lethal weapons. ”

“... we want such a level of cooperation in order not only to defend our country now, but also to build a pro-European army here. To protect not only our sovereignty, not only our independence and territory, but also freedom, democracy and European values, for which we are now fighting. ”

He no longer asks for requests, which immensely irritated the West, Poroshenko now wraps up in ridiculous candy wrappers with the readiness to protect, without sparing the stomach, European values.

Why are there - Europe itself. NATO is unable to defend, therefore Poroshenko will undertake this mission. So be it. And again, it is hard to realize that no one asked for assuming the authority to “protect the West” Peter Alekseevich.

“We believe that it is vital to carry out good coordination between Ukraine and the whole world. We need two things - the unity of the EU, the transatlantic community and the whole world, and their solidarity with Ukraine. After all, this is a struggle not only for Ukraine, but also for freedom and global security. ”

Once again - we are holding the world apocalypse, this is a global conflict, this is a world war ...

The bargaining between the USA and Russia in Ukraine, which is obvious not only for politicians, but also for the European press, Poroshenko commented in the style of a schoolboy who persuades a teacher that he knows better whether the textbook task is correct:

“So it may seem to someone. If you ask me if I trust President Obama, Vice President Biden, Secretary of State Kerry, my answer will be yes.

I got everything to consider the United States an absolutely reliable partner of Ukraine. I trust them, and I have no suspicion that Ukraine will become a bargaining chip in relations between Russia and the United States. ”

Without a doubt, nothing but a smile can not cause Poroshenko's story about trying to sell their business in Russia:

“But when I tried to sell, for example, my assets in Russia, they were immediately arrested by the Russian government in order not to give me such an opportunity, because you cannot sell what is under arrest. And my property in Russia was confiscated. They tried to use it as a method of exerting pressure. ”

Well, the final stroke was the request to the Air Force journalist "not to listen to Russian propaganda." Or Poroshenko confused British journalists with the residents of Donbass (who do not like him solely because of the propaganda of the Russian Federation), or simply started talking:

“First of all, I would like to say that the head of the Kiev region police is not a neo-Nazi. He is a hero, a war hero, without any ideological foundation. If I had proof, even though it is not my competence, I would immediately react if someone in the police showed something like that. ”

Poroshenko did not see the photo with the shuffling "Interior Ministry officers" celebrating the appointment of the very "war hero." Photo, which saw the whole of Europe. He goes further, playing in his advice, which no one asks:

“But - and this is the most important thing - do not listen to Russian propaganda. We live in a country where there is freedom of the press, and for me it is very important to be open, not to have censorship during the war. ”

No doubt, the Air Forces themselves, not just neatly, but insistently pointing to neo-Nazism in Ukraine, and their colleagues from the same Telegraph or Guardian, are guided exclusively by the Russian press.

I will not say that, as a Ukrainian, I am pleased with the overt irritability of the West with Ukrainian problems, but still there is a certain sad satisfaction with such a turn that was obvious to anyone who thinks.

And the eternal “I warned you” is drowned out only by sad reflections on the future, which is becoming dimmer for the Russian statehood as a whole.