Notes of the Colorado Cockroach. Part of 14. Tse Europe!

28 May 2015
22
Strongly welcome all readers of my notes! Thank you for letting a small but steady barrel of honey in your address!


But the main greeting to Pan Westerns. The very fact that he threw a spoon into this barrel ... What kind of honey is it, if this component is not added there? Wrong it will be honey!

I somehow became sad after reading his comment. And then the thought was born. How long has this reader approached the mirror? Look at yourself?

Do not think, my friends, that I am about the printing of intelligence on the face. How do I know about this very intellect? Maybe there really is the place of the face only and there is this very seal?

I'm about the size of the head! In a sense, physical size. The enormity of the thinking body. How many times are there more multicolored brains in a person’s head than a cockroach? Vooooot ... There is not at times, on orders by. And with a few tsiferkami.

That's why I write like that. By virtue of its small-sized cockroach brain. God - gods, Caesar - Cesarean, and locksmith - locksmith. And the cockroach ...

And so that fellow readers would not be offended for such attention to feces, I will explain the situation. It was Western that prompted me to write today's notes. You could say, kicked with all the reader malice. Thank you for that.

In short, it was like that. I wrapped around a bit of his spoon. Some mood is not sunny. I think that's all. I will not describe our life anymore. Not interested in them. Tired of a cockroach.

My cockroach assents too. Right! Stop the balancing act on the razor's edge with the family around your neck. Write how the well-being of our radish has increased. How to dig a hole in the impact or where a monument was won there. Be like everyone else.

Daughter howls again. The one that Yareski lives. Take a ride, dad, the world. I won where I had not gone. See where Ukraine is leaps and bounds.

And what, I think, I will pump to this Europe. For a long time my body from our maydanuty city did not export to tourism. Yes, and with the local cockroaches can talk about what and how. Gutenmorgens every listen.

I rushed to ours. To Radsky, it means. You need to choose a tour. Then the transport, in the sense, for whom I will go. I'm not a zalupivka what. Wings do not have. In the suitcase I will go, as a serious adult cockroach. (By the way, for an evil editor and ignorant readers: bluffing is not what you thought! This is your Russian dragonfly, but it has flown over the Ukrainian border.) And today I use the Ukrainian Mova because the "transport" from the West was. I'm used to a little. With whom, as they say, you will be led, from that and pick up.

Wandered, wandered around the cabinets. No good tours. All to Poland there, to Moldova, to Romania. Or even to Latvia or Lithuania. I am already silent about Estonia.

Zrada stepped on my life? An, no! Lucky. I generally find myself lucky ... and tenacious.

He jumped into the office to Moseychuk. Well, the one that commanded the "Azov". And then, due to the enormity of the dimensions, it began to pose a danger to the "Azov" armored vehicles. The BMP had to be expelled from the caponier so that the battalion commander could look at the battlefield.

I jumped in. And there such bedlam among ours. Men are worn, they are looking for socks (people - men understand me. Only you have two legs, and we ...). Tarakanih roar in four eyes. Tarakanchiki scream. Apocalypse in a single office.

Overwhelmed me. What happened then? A, Okoloradsky, shout. Zdorovenki buly. Has things gathered already? Well done!

Ugh on you. Tell us, such evil sycophants (again, so that the angry editor does not get angry, we call that maniacs. And what you thought about the first word is called tsyurk).

So we have a tour, shout. The beauties of Europe will be admired. Czech Republic there. Germany. With our bastard nevomruchim going. (Chahlik, if anyone is interested, - this is your Kashchei Immortal Ukrainized.)

And what do the cockroaches roar? So beer is there, you know. The hazards are appropriate. Climb up after drinking the wrong mess - that's all. European. That roars. Mourn, it means.

Vooot ...! There I will pump! Moreover, the seats in the suitcase overall "chahlika" in a comfortable bus.

Do not be offended dear readers, but I will skip the rest. All these runs here and there, loading, travel, borders, stations. Swear at me on the volume of notes.

We arrived, then in Prague! It is worth staying a bit. That was clearer. When we travel, we change our lifestyle. Exactly the opposite. Otherwise, you can "transport" click. People for some reason often at night abroad move from city to city.

Prague is a beautiful city, as they say. But she met me not very hospitable. Even very inhospitable, one might say. And so that you do not think that the cockroach had thought up something, then everything is documented. In the sense photographed. See how I messed up. I almost broke my back when I put this slab on myself, which you call an esd card. Maybe, if you sit on it, it is nothing, but to carry on yourself is still a pleasure. But what you will not do for the sake of truth.

Yeah. The case in Prague began like this. See the grate on the sidewalk? So, this is the main crap out of the hotel from our hotel. Well, the rest probably see? Vooot ...

I came out, it means. Looking around. And then the shoe. Does not fly, goes. Not herself, of course, with the woman on top. I run to the car. Hide. There is a car as you can see.

I run up and rest my head on the soft. Pads rowed like a bulldozer on the construction of the "great Ukrainian pit." And nothing. For some reason, only it began to fade. 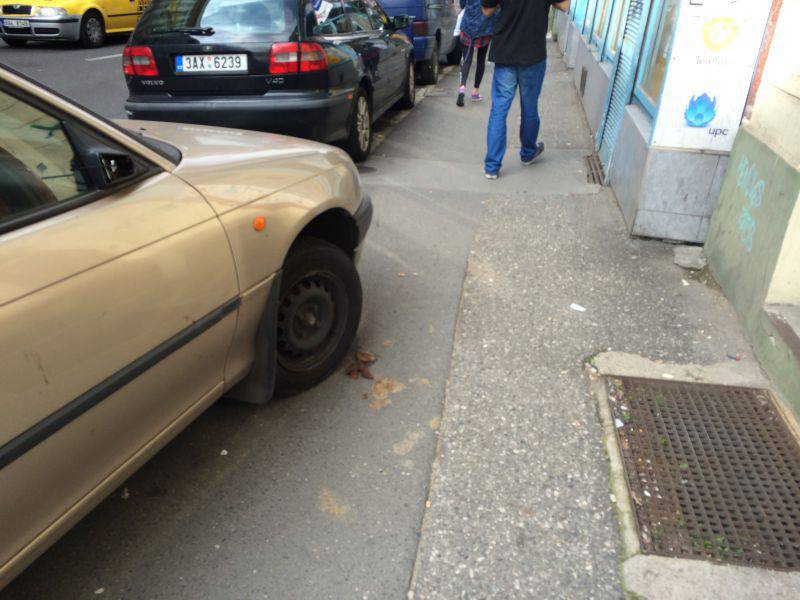 She thought, this car, dung something dumped. No, it turned out, the tsuzik dumped. He who is called a puppy in Russia. So, in this Europe, everything is like ours, no special delights.

Just you people walk like? By the most avenue and avenue. Where a bright light, advertising, places and more. And we are the opposite. Us where is quieter (from you) and darker. For security. 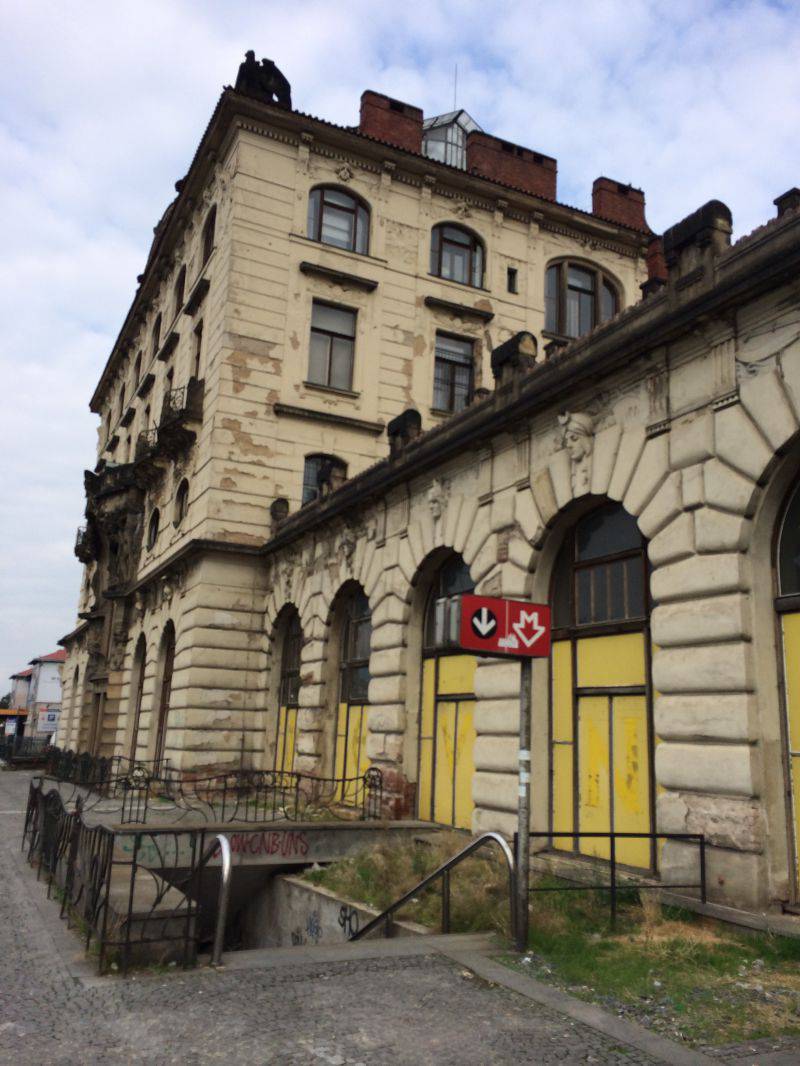 Old cities there, in Europe, are very old. But from my point of view - pretty. 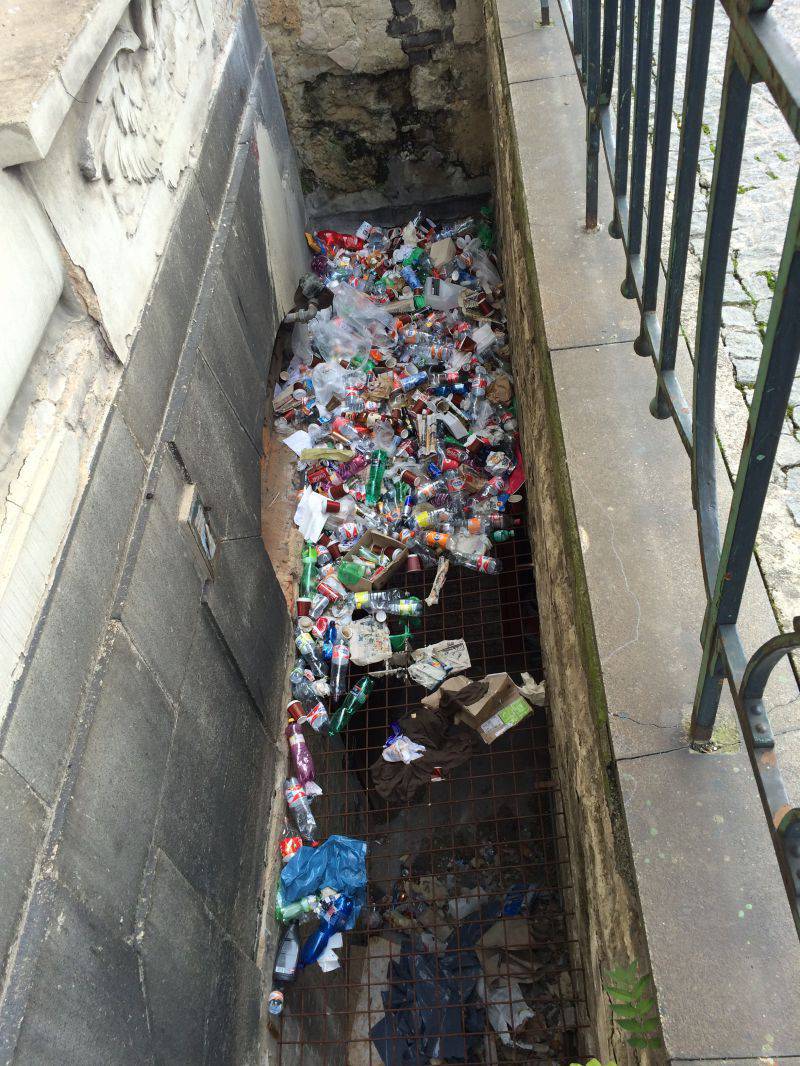 Of course, and we can see something similar. But somewhere on Shevchenko Street or Kachura. Well, not nearly in the center. 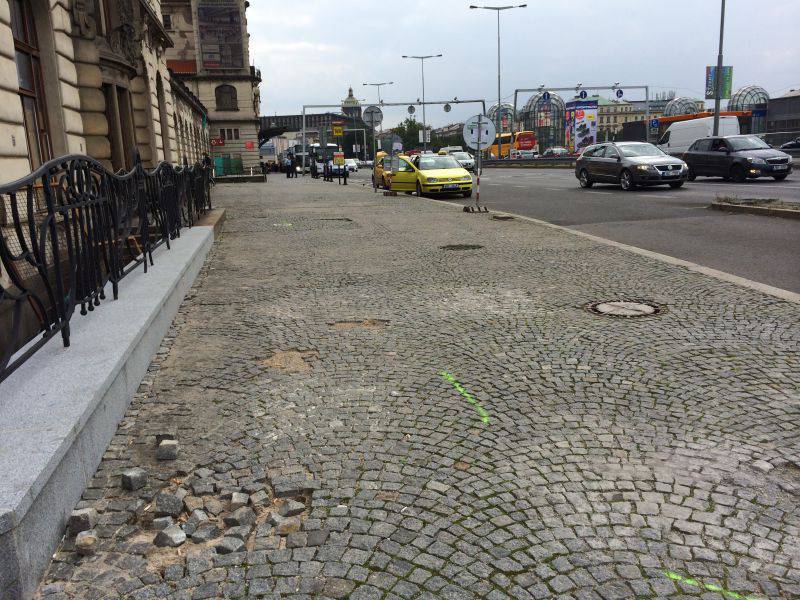 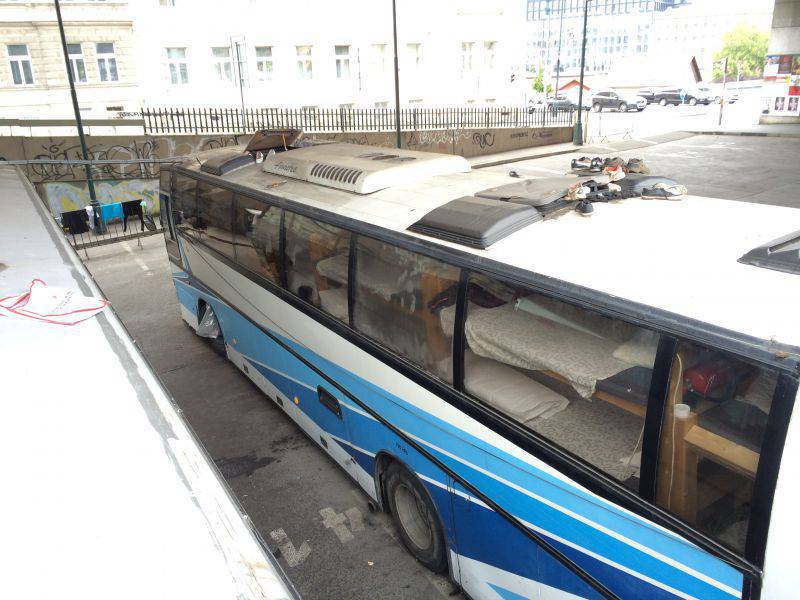 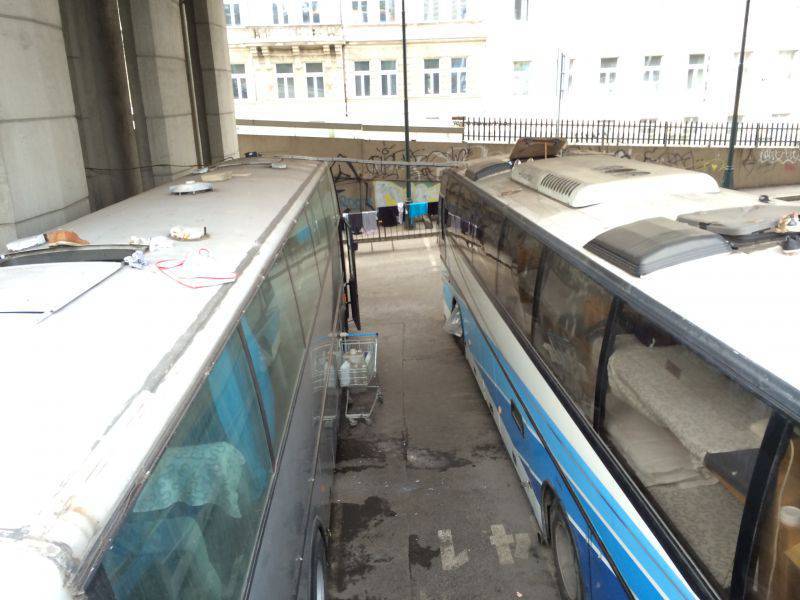 But we do not have this. We do not care about the homeless. Feels European approach. 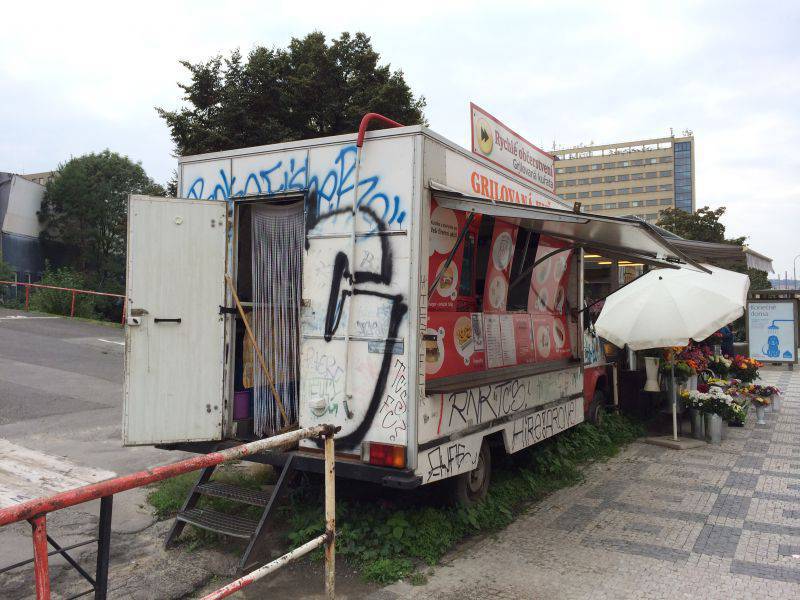 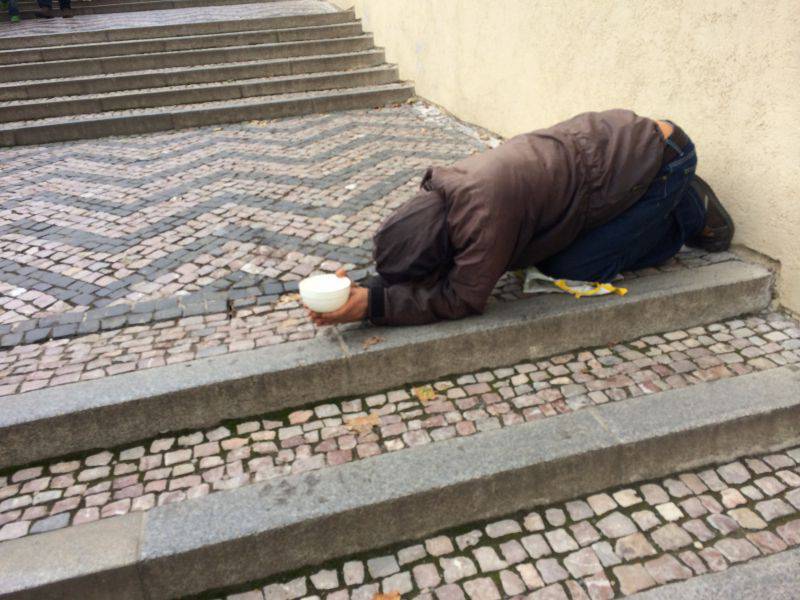 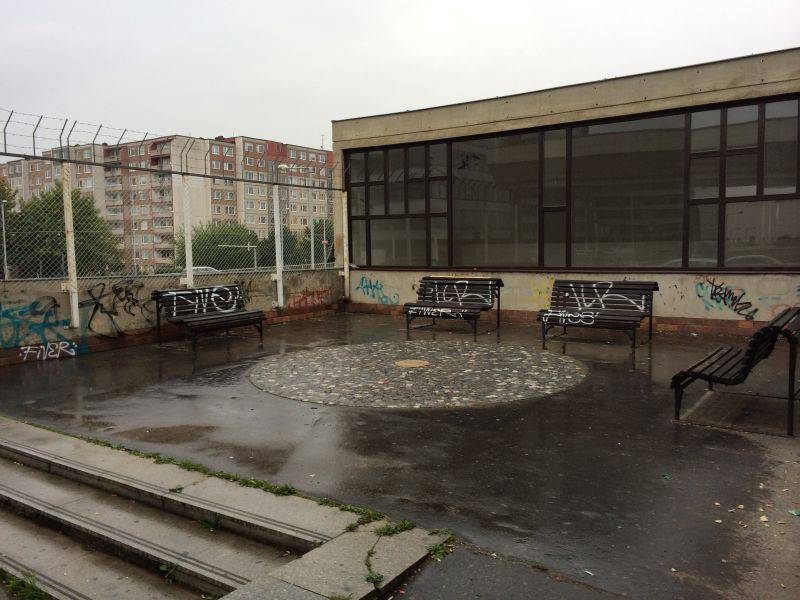 Well, tell me, well-versed, than we are not Europe? What makes Leps Boulevard different? 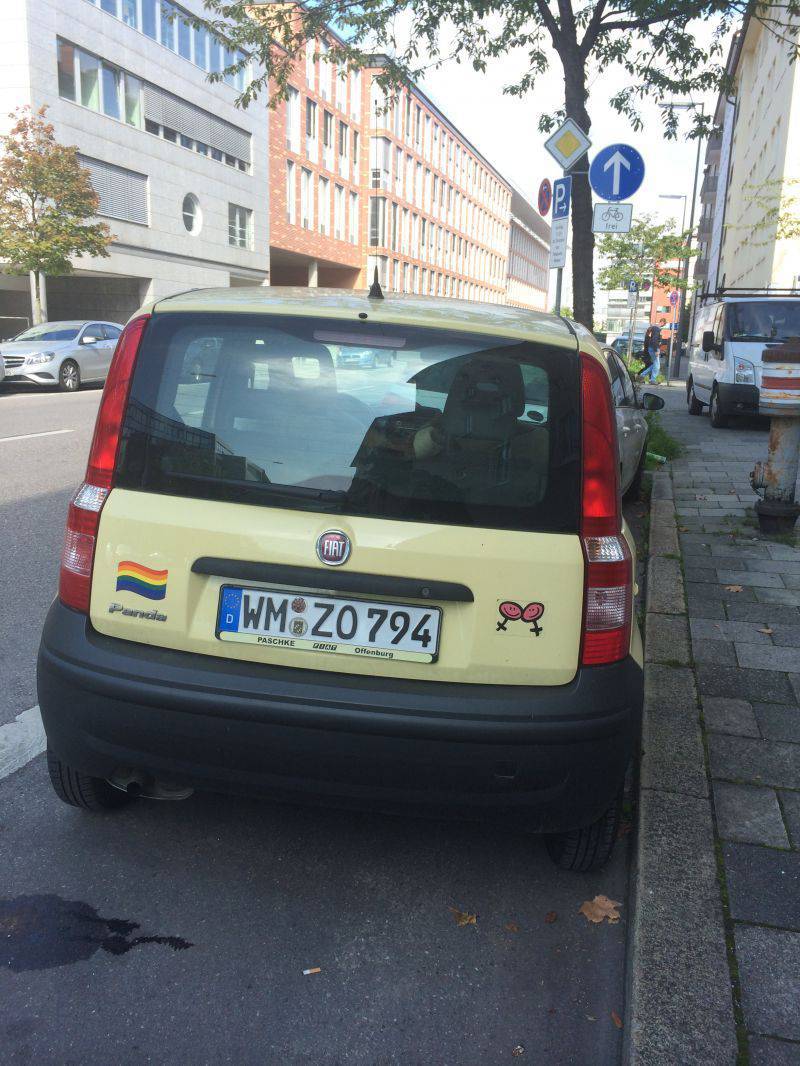 And here I saw it - and I was stunned. No, we are still far from Europe in this regard. Tolerance over the edge. 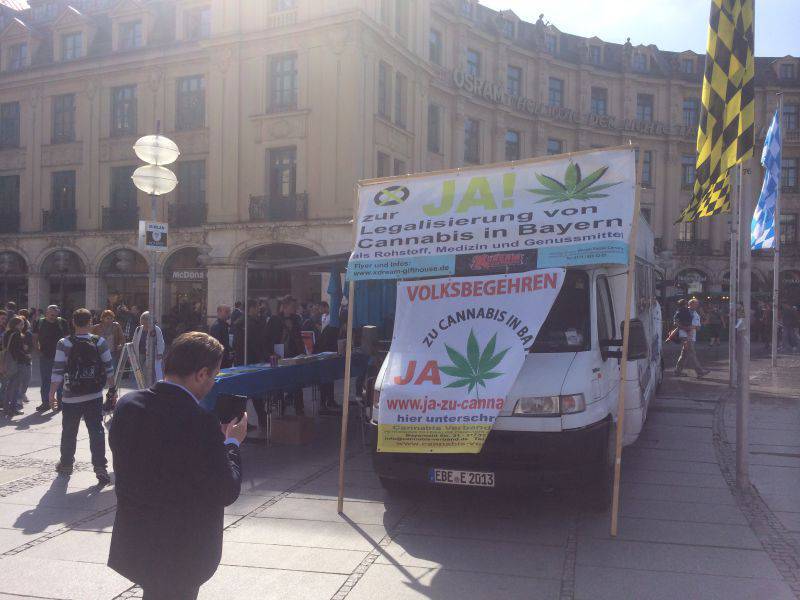 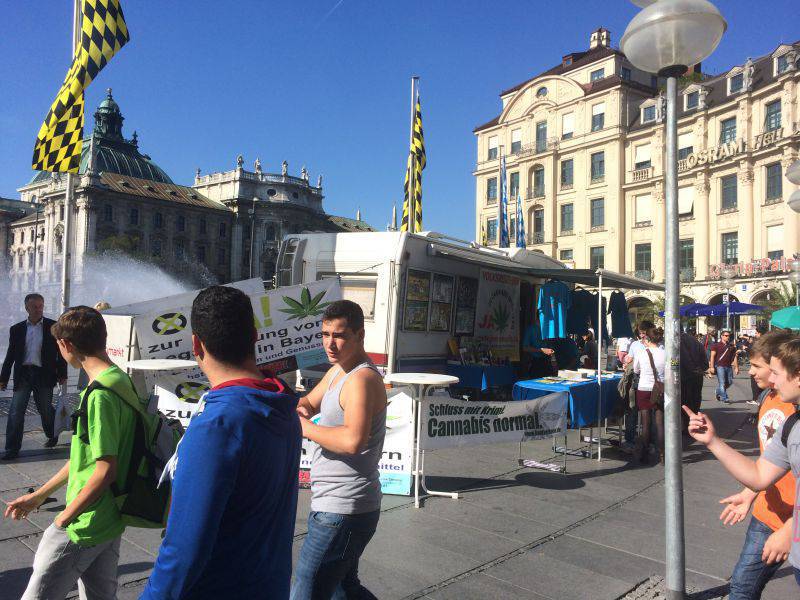 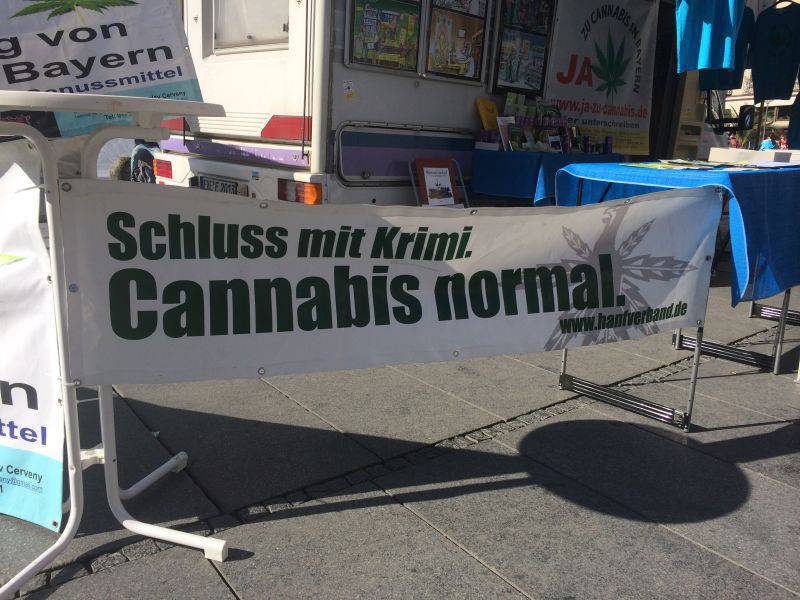 Here is a funny one! Duck here and so it is clear that hemp is not a crime! What is criminal? If our Radish hemped up the brain, we would not live like that! 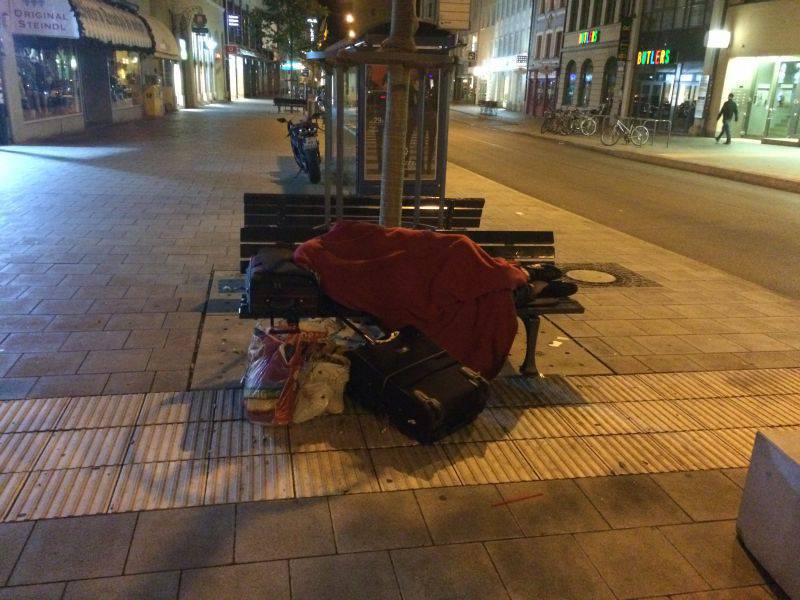 Still, Ukraine is the price of Europe! Of course, we have a lot to learn and learn from them. Still, they are the same as we are. Only these tolerant. As I now understand, to be tolerant is to see what is necessary to see, and not to see what is not worth seeing. And most importantly - to pretend that you all in a rush.

This is how I saw this very paradise, where we are being dragged by kulavloby, gunpowder and other tyagniboki. So I saw enough that the house seemed like a paradise. With all our abominations. Now, if I gather where, then only to the East. Although not sure. Will eat I am there a delicacy!

So, I will go to Russia. To vedmedikam klishonogim! Those that you have affectionately called bears clumsy.

And with such deep thoughts about plans for further exploring the world, I will say goodbye to you! Have a good day!

Ctrl Enter
Noticed oshЫbku Highlight text and press. Ctrl + Enter
We are
Notes of the Colorado Cockroach. Between Christmas and Baptism ... chillyNotes of the Colorado Cockroach. Sometimes I really doubt if reality is real ...
Military Reviewin Yandex News
Military Reviewin Google News
22 comments
Information
Dear reader, to leave comments on the publication, you must sign in.