British media have published a "license to kill" from the FSB 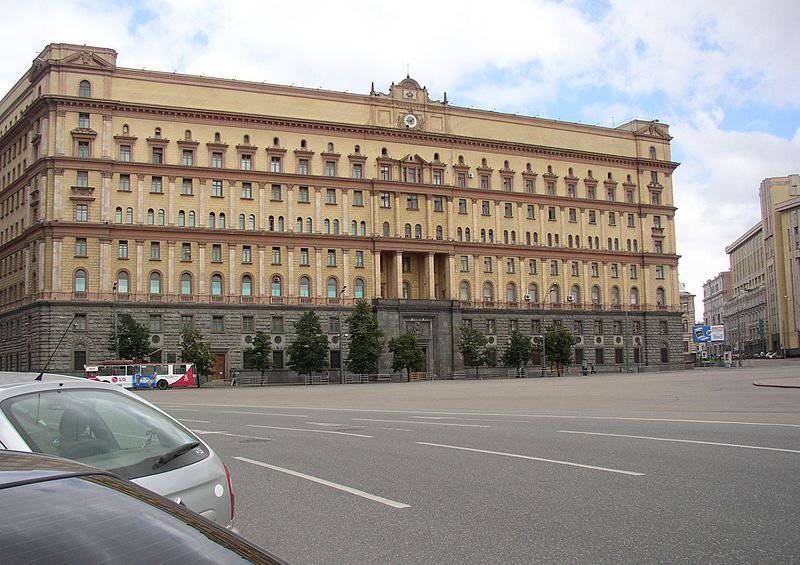 As soon as the Russian Federation resolved the issue that the party in power nominates for the role of presidential candidate not DA Medvedev, and a former KGB officer V.V. Putin, which was a serious blow to many Western politicians, in the hands of the British authorities appear dubious origin of evidence of the activities of the Russian special services abroad to eliminate persons directly related to serious crimes in the territory of the Russian Federation.

But the pages of foreign media were filled with reports that there are detachments of special agents in Russia to eliminate "terrorists" on the territory of other states and about the appearance of Russian James Bond, who killed three Chechens in half a minute. In addition, there was again talk about the long arm of Moscow and the conduct of a number of controversial operations by the Russian special services, as a result of which several Chechens were killed in Qatar, Vienna and Dubai. Also, the murder of Rustam Altemirov, Zaurbek Amriev and Berg-Khazha Musayev in September of this year is put in the blame for Russia. Prominent field commanders surrounding the leader of Chechen militants, Doku Umarov, were shot in the European part of Istanbul. These people were suspected of organizing several terrorist acts, including the bombing at the Domodedovo airport.

Alexander Zhirkov, whose belongings and documents were found in the number of the alleged killer, is suspected of the murder. However, it is very difficult to imagine that the high-class special agent, which the British media believe Zhirkov, could “forget” his documents at the hotel even in terrible haste.

In addition, the British have already forgotten history about the poisoning of A. Litvinenko, who left the ranks of the special services of the Russian Federation, famous for his treachery and escape to the UK. And although Alexander Litvinenko was poisoned by 5 years ago, the British managed to find “evidence” of the murder of the FSB officers only now, shortly before the elections in Russia.

Let's try to understand more, because otherwise it is impossible to understand the train of thought of the British, dumping all the adversities on the Russian special services. Perhaps the reason is not at all in the upcoming presidential elections in 2012, but in the autumn aggravation of various mental phenomena, such as persecution mania, in some people.

Judicial inquiry into the death, which, in fact, are hearings, will begin in London on October 13. This type of investigation is provided for by the norms of British justice and allows to consider the circumstances of a person’s death without initiating a criminal case, in the absence of a prosecution and defense. The outcome of the judicial inquiry is not sentencing, but identifying the perpetrators.

To date, the official British authorities consider the case of the death of Litvinenko "a normal criminal case, not affecting the political aspects or the issue of national security." This position will be disputed by the lawyers of the wife of the deceased.

Meanwhile, The Daily Telegraph before the hearings announced the contents of the “secret directive” that fell into their hands, allegedly giving the Russian special services the right to liquidate the “enemies of the state” outside the territory of the Russian Federation.

The publication of the document mainly deals with the “tracking, identification and possible return” of these persons to Russia. But there is a clause that specifies the possibility of destroying "outside the Russian Federation" persons who head illegal terrorist and extremist groups and organizations, or citizens who left Russia illegally and are wanted by federal special services. "

However, Russian bloggers noticed a discrepancy in dates: a directive allegedly issued in March of 2003 was signed by the deputy head of the Counterintelligence Service, created only in 2004 of the year. There is no reliable information confirming the authenticity of the document in the hands of British journalists. How this order appeared in the newspaper’s editorial office is also completely unknown.

The FSB colonel in reserve G. Gudkov also expressed doubts about the authenticity of the document. Answering this question to the Russian Service News”, He called this directive falsification because Russia refused to apply such measures in connection with the sensational scandal in the sixties. In support of his words, he recalled that many of those who fled and betrayed Russia not only live and live, but also give interviews.

On this issue, one can note the publicity in 2010 of documents relating to the scandalous poisoning of ex-FSB officer A. Litvinenko. On the WikiLeaks portal, journalists from The Guardian newspaper posted materials directly related to this case.

These materials contain information that the Russian special services in 2006 were aware of the impending assassination attempt on Litvinenko, who was eventually poisoned by radioactive polonium; moreover, they even carried out surveillance of the alleged killers. But they were forced to stop surveillance after assurances from the British side that they fully control the situation. A. Litvinenko was killed the day after that.

Ctrl Enter
Noticed oshЫbku Highlight text and press. Ctrl + Enter
We are
Comrades in armsThe importance of the Victory Parade in Russia is being questioned
32 comments
Information
Dear reader, to leave comments on the publication, you must to register.