Poroshenko and the old rake: in Ukraine, the only official language will be Ukrainian

Poroshenko:
In Ukraine, there was, is and always will be one state language - our Ukrainian language (mova).

But Poroshenko didn’t mention Ukraine in what particular boundaries in such a context did he mean ... 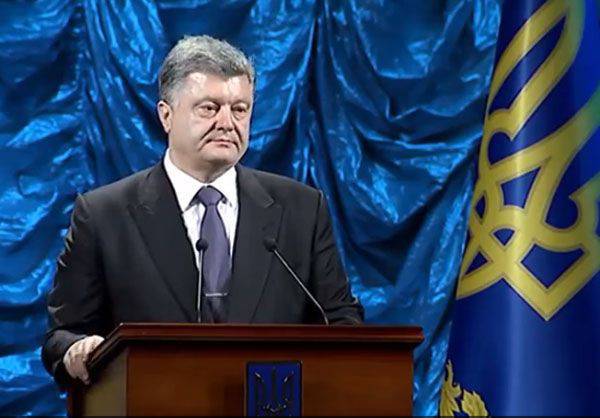 Poroshenko:
What now unites our nation and our state? - mova (language).

I wonder why, in this case, Poroshenko ignores the “unifying sovereign factor” when he speaks with the foreign sponsors of his presidency, using English? Why often uses the Russian language, when it is going to appeal to residents of the eastern or southern regions?