October 16 2011
9
Without outside help, every fourth recruit of the Russian army can become a suicide. Given this, the Ministry of Defense plans to increase the staff of army psychologists 2 times - to 3000 people. At present, every 4 soldier-conscript needs some help from a psychologist, and the state of mind of draftees has deteriorated sharply in recent years. In the 2011 year, according to official information, the 83 suicide incident has already occurred in the army.


Nowadays, young people are less resistant to stress. Alcoholic beverages, drug addiction, total Internet addiction contribute to the formation of personality, which is difficult enough to adapt in society, especially such a closed, as a military unit. In the case when conscripts are pulled out of their microworld, the psyche of many does not stand up and fails - this is how the decision of the military leadership is explained by the professor of the psychology department of the Military University of the Defense Ministry Peter Korchechny.

According to the WHO, about 7 million people regularly use drugs in Russia today, of which 60% falls on young people between the ages of 16 and 30. Every year in Russia 30 000 young citizens die from drug addiction. Only 4% of the total number of Russian students did not try alcohol. Every 7 child in Russia is raised in an incomplete family. 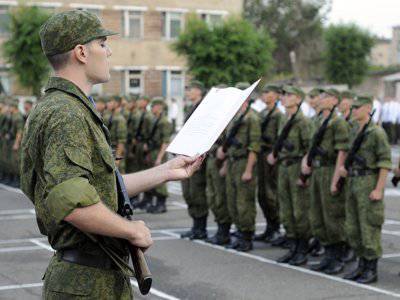 At present, in each brigade of the Russian army on 3 000, conscripted soldiers have one psychologist who cannot physically pay attention to each of the military personnel. In world practice, the situation is recognized as the norm in which a specialist “leads” a group that does not exceed the size of 500 people.

Psychologists of land brigades emphasize that it is much easier to identify soldiers who are in a borderline state if they conduct regular conversations and research in the “risk group” - with reticent or conflicting young men, previously convicted, children from dysfunctional families who have problems in their personal life. For these purposes, the staff of psychologists must be increased. 1 500 new psychologists are going to recruit from civilian higher education institutions. The military itself would like to see graduates from psychological faculties of Moscow State University or St. Petersburg State University in their units, but it is unlikely that specialists from these universities will be attracted to military units with a salary in 6-8 thousand rubles.

According to the testimony of human rights organizations, every year because of the desire of military registration and enlistment offices to fulfill the plan, by all means, up to 30% of servicemen are commissioned from the army for hidden diseases, including mental ones. According to the representative of the Union of Soldiers' Mothers Committees of Russia, Maria Fedulova, over the 16 years of her work, she saw military psychologists only during the fighting in Chechnya. In her opinion, the benefits from them are few, since they still obey the command of the unit, so the soldiers prefer to address their problems directly to the committee of soldiers' mothers. 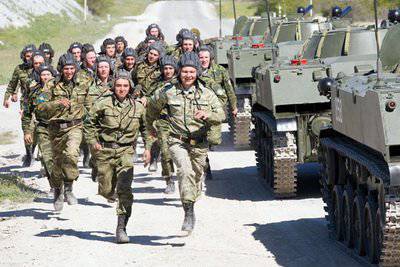 The first full-time psychologists appeared in the Soviet army in 1976 year. Since then, the psychological service has continuously changed, but throughout this whole period of time it has remained fairly popular. Currently, military psychologists work in most neighboring countries, with the exception of Azerbaijan and Georgia.

For example, in the US Army, which, together with reservists, has almost 2 million people, about the 60 000 special workers with psychological education are responsible for the mental health of soldiers and officers. And in the area of ​​combat operations, the staff of psychologists is increased several times. In the Israeli army, which is constantly awaiting the start of hostilities, all the officers are responsible for the psychological work. Their activities are supervised by a separate psychologist officer who submits to a higher level psychologist, and so on up to the General Staff.

According to materials www.izvestia.ru/news/502558
Ctrl Enter

We are in Yandex Zen
Why Russian military reforms do not work. A look from the USA
Russian draftees: quantity or quality?
9 comments
Information
Dear reader, to leave comments on the publication, you must to register.