How do they violate human rights in the USA? (United Nations Radio, USA) 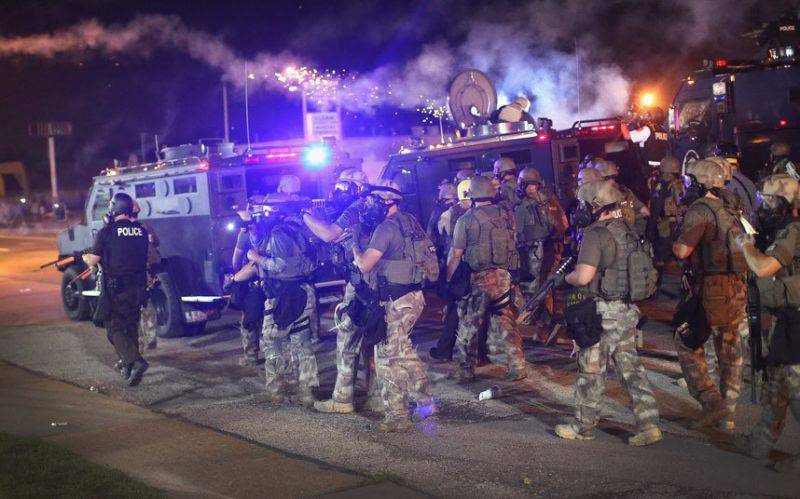 The death penalty, racial discrimination, cruel treatment of prisoners, the prison in Guantanamo, where prisoners are held without open trial and investigation. This is an incomplete list of questions that interested members of the UN Human Rights Council during the consideration of a periodic US review report. The United States was reminded that most of the recommendations given by the United States after reviewing the first report in 2010, remained on paper. Details in the material Nargis Shekinskoy.

The list of claims against the United States in the field of human rights turned out to be quite long. However, the American delegation was ready for criticism. Says US Ambassador to the UN Human Rights Council Kate Harper:

“We believe that it is useful for any people to look at themselves in the mirror. There are problems in every country, and serious preparation for a periodic review report to the Human Rights Council allows it to move forward on their solution. ”

Representatives of delegations from dozens of countries around the world, including those that the US State Department regularly accuses of violating democratic freedoms, have been given an opportunity to speak. Actively were China, Kazakhstan, Chad and others. The Russian side voiced a critical list of 9 items:

“It is with regret that we note that the authorities clearly expressed insufficient attention to the recommendations made during the review of the last review report. We also state that the situation with human rights in the country in recent years has seriously deteriorated. The US government needs to take urgent measures to remedy the situation. "

Among other things, Russia recommended the United States to stop the extrajudicial executions of foreigners using “drones” and to “investigate all cases of ill-treatment of adopted children.” Both topics were left without comment by the Americans. But the US delegation was prepared for questions about police arbitrariness, which could hardly have been avoided, given news background. In recent months, law enforcement officials have led to the deaths of black Americans in the states of Maryland, Missouri and New York. US Department of Justice spokesman James Cadogan said that America has been consistently fighting police abuses:

“Over the past six years, the authorities have brought 400 law enforcement officials to justice. When systemic problems arise, the Justice Ministry investigates and amends the existing practice. So, in March of this year, we released a report that says about the discriminatory approach of the police in Ferguson, Missouri. ”

A lot of criticism has caused the death penalty. According to Amnesty International, the United States ranks fifth in the world after China, Iran, Saudi Arabia and Iraq. The representative of the Ministry of Justice, David Bitcover, justified positive statistics in the justification: the number of death sentences carried out reached the lowest figures for the last 20 years:

“After our first review report, three states abolished the death penalty. And although this preventive measure is still in effect in the 33 states and is permitted by the federal government, only seven states executed prisoners last year. A total of 35 death sentences were carried out. ”

The prison at the military base in Guantanamo has been at the center of attention of human rights defenders for many years. Even during the first presidential campaign, Barack Obama promised to close it, and having moved to the White House, he signed the corresponding decree. In practice, this was not so easy to do - there is no place to transfer prisoners. As a result of years of effort, their number was reduced only twice - they now contain 122 people. With regard to torture, the current administration is also on the side of the international community. Says State Department spokeswoman Mary MacLeod:

“We crossed the line, we acted in conflict with our own values, and we take responsibility for it. We have already taken measures that will once again reaffirm our commitment to the principle that the ban on torture applies to all countries and does not depend on the circumstances. ”

Human rights defenders, however, demand bringing to justice those who ordered torture in violation of American laws. But this administration is not solved. The issue of ratification of key international agreements in the field of human rights is not resolved either. His decision, as noted by representatives of the US administration, depends on the legislative branch of government.