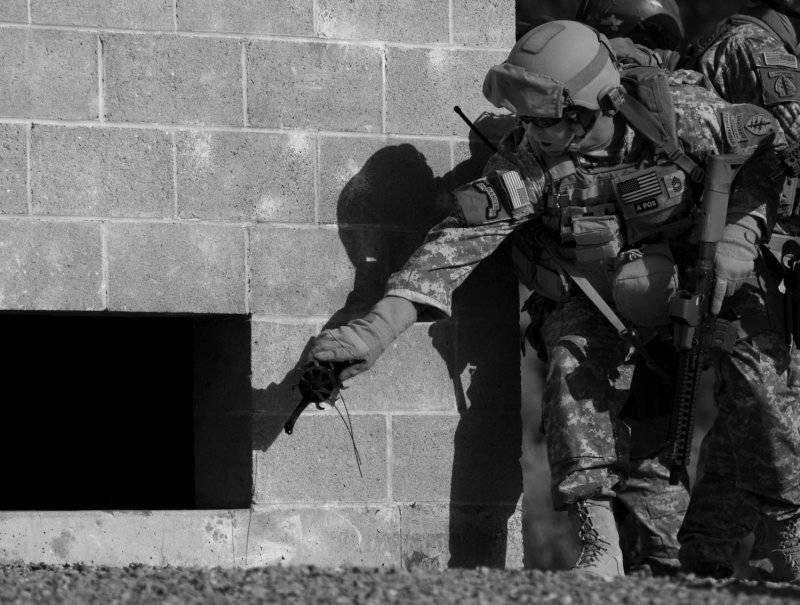 According to Defense Aerospace, the top management of the American army entered into a contract with ReconRobotics to purchase over three hundred abandoned Recon Scout XT Throwbot robots with the same number of sets to control them. The contract value is 4,8 million dollars. As planned, all ordered equipment will be transferred to the balance of the American army in October 2011.

In addition to robots, the US military also ordered SearchStick 315 devices. This device is a telescopic tube, at the end of which there is a grip. Thanks to this, "XT Throwbot" can be used as a device for the study of the bottom of cars. The entire system while working as an ordinary video camera with a telescopic handle.

The XT Throwbot robots will be included in the equipment of combat groups, that is, one unit will serve up to six people. The US Army will use robots when clearing the ground and patrolling for reconnaissance. According to media reports, about two thousand XT Throwbot robots are currently being used by the US Army, as well as the troops and civil services of some other countries for their own purposes.

The XT Throwbot is equipped with a video camera and its weight is 544 grams, wheel diameter is 7,6 cm with a total length of 18,7, see. The XT Throwbot case is made of titanium alloy, which ensures maximum stability of the robot design even when it falls from the 9,1 height of the meter. The robot is designed in such a way that it can also be thrown a distance up to the 31,4 meter.

Even earlier, it was reported that the US Department of Defense, together with the commands of the Marine Corps and the Army, had begun to select the most acceptable proposals for the “abandoned” robots on the military equipment market. The total number of robots purchased is about four thousand units. The options considered include the Armadillo V2, 110 First Look, XT Throwbot and Dragon Runner robots, which are manufactured by MacroUSA, iRobot, ReconRobotics and QinetiQ.
Ctrl Enter