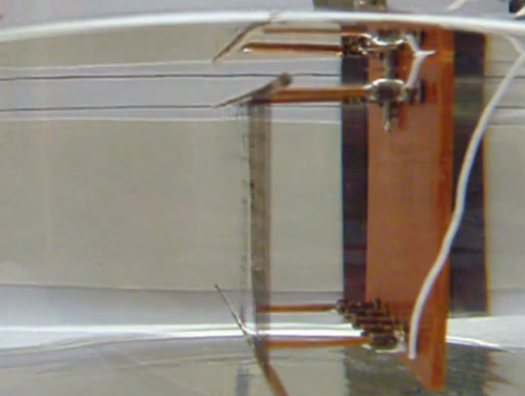 On the one hand, it looks like something special in the style of James Bond, but, on the other hand, it resembles a high-quality camouflage system made by HALO. Researchers at the University of Texas, located in Dallas, were able to use the unusual characteristics of carbon nanotubes to observe mirages. To do this, the researchers created a special invisibility cloak that can hide any things with the usual push of the lever of an electric switch.

It is important to note that at present the new technology cannot be integrated into Aston-Martin because the greatest effect can be achieved only under water. Nevertheless, the invisibility cloak can be used in various situations and it is not necessary to use it only in a scientific laboratory. 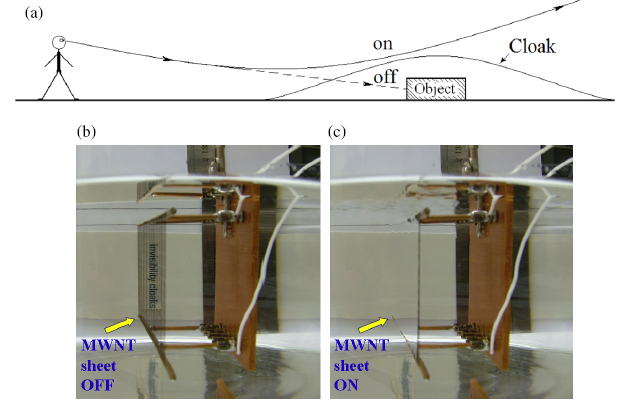 The work of the invisibility cloak is based on the special effect of the refraction of light rays. It is this effect that causes the appearance of mirages in the deserts. It is called at the boundary of air, as well as water, the temperature of which should vary considerably, so the refractive index of light cannot be the same as is required in usual circumstances. As a result, the reflected light enters the eyes of man, and does not go into the surrounding space, as it should be. In this regard, people usually see in the desert reservoirs, which do not exist. In addition, a similar effect can explain any mirages. People see things that really do not exist, as they are only a reflection of the sky. Due to the fact that it is located near the surface of the earth and has a blue color, a person may think that he sees water in the desert, because in these circumstances he most needs to drink.

This effect can be seen in the video below. If you use conductive carbon nanotubes, which have a wall thickness, as the thickness of a single atom. Such carbon nanotubes are located on the surface of a single sheet, which is made of a special transparent material. This allows for a short period of time to heat the water near the surface of the sheet of this transparent material to such high temperature, which is required. Due to the difference in water temperature, a certain difference in the refractive indices arises, the effect of a mirage that hides the thing that is behind the sheet. At the same time, this requires little time.
Ctrl Enter

We are in Yandex Zen
Nanotube camouflage: a new word in military technology
1 comment
Information
Dear reader, to leave comments on the publication, you must to register.