Russia and the United States. Continuing the cold war? 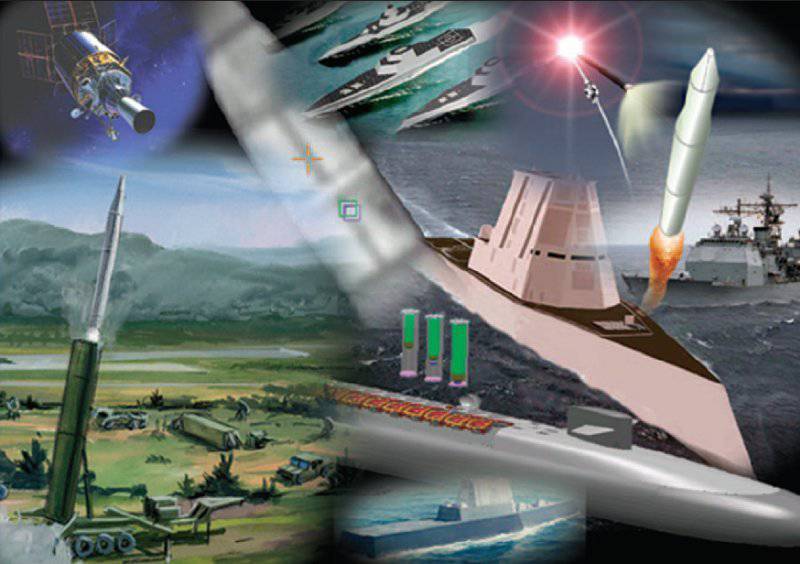 The problem of protection against a missile strike arose after the attacks of German FAA missiles on London in 1944.

After considering possible methods of defense against a missile attack, the use of anti-missile systems was recognized as a real method of protection.

It was generally recognized that the creation of an effective missile defense system by any nuclear power gave it the opportunity to carry out plans for the destruction of the enemy with impunity. Therefore, simultaneously with the deployment of anti-missile defense weapons, negotiations were held to limit the area of ​​cover, which would be a deterrent against a nuclear attack by any of the parties.

And although developments in the field of defense served as a catalyst in the development of the scientific and technical potential of countries, but at the same time they placed a heavy burden on the economies of states.

At all stages of negotiations between US leaders and first Soviet and then Russian leaders on reducing the missile defense system, distrust prevented the development of a mutually acceptable position.

Distrust was caused by the following considerations:

- The Russian side was constantly in the role of catching up in the field of developing missile defense hardware (recall President Reagan’s proposal to develop a program of "star wars");

- the constant combat readiness of the missile arsenal of the two countries in the counter-retaliatory strike mode - this leads to the need to maintain a balance between the defense system and the strategic nuclear forces of each of the parties;

- The United States believes that Russia is the only country that has an arsenal capable of destroying America;

- When discussing the joint creation of anti-missile defense systems, the US side demands that the management of this single system be transferred to it, which does not suit Russia.

Plans to deploy missile defense systems on the territory of Poland, Romania, Bulgaria, Israel, Turkey and the Czech Republic are part of a new US strategy to form the missile defense layer closest to the Russian borders, which violates the existing strategic balance of forces.

In order to fulfill this US strategy, the North Atlantic Alliance’s defense ministers decided to deploy four warships at a military base in Spain, which will be part of the US missile defense system in Europe. This means that Madrid also joins the missile defense system. Cruisers are equipped not only with radars, but also with CM-3 antimissiles, controlled by Aegis systems. This system not only manages anti-aircraft fire, but also anti-submarine and attack missiles. Modernization of this system will allow the interception of ballistic missile warheads. This confirms the fact that any of these cruisers can be easily refitted as an anti-missile defense object. These floating missile defense facilities will operate in the waters of the Mediterranean, Greenland, Barents, Norwegian Seas and the North Atlantic. From all this we can conclude that the goal of deploying a missile defense system in Spain is to cover the Russian territory with military-technical missile defense equipment of the United States.

The buildup of the antimissile potential in Europe and the lack of guarantees of the non-directionality of the missile defense system being formed against Russia's strategic forces causes Moscow’s well-founded concern. When deploying an antimissile defense system in Europe, the United States uses the so-called “fait accompli” strategy when actions are taken without taking into account the views of interested parties. This practice violates the stability and security of all European countries.

If US missile defense continues to be strengthened on the territory of third countries, the opportunity to move from confrontation to cooperation will be lost, and Russia will be forced to take retaliatory measures to protect its strategic nuclear forces.

US actions confirm the continuation of the Cold War against Russia.

And in this regard, the purchase of weapons to equip the Russian army from NATO countries is the same as buying weapon at enemies, fighting with them.

The action of the Ministry of Defense on the purchase of foreign weapons is surprising, whereas it is necessary to invest in the development of its defense industry to protect the country from external threats.

In response, Russia needs to increase the combat potential of the naval grouping in the Mediterranean and Black Seas, whose strike components are capable of destroying foreign missile defense system ships stationed near the coast of Russia.

To this end, it is necessary to modernize the cruising structure and increase the combat readiness of the boat structure, especially small rocket ships, to repair and retool destroyers. Refuse to purchase French Mistral type ships. According to military experts, Mistral-type ships are used only for capturing foreign territories, and they are not needed for defense.

And although, according to the agreements, two Mistral-type ships will be built at Russian shipyards, all the “stuffing” of these ships will be supplied from France. If any node fails during the period of operation (possibly in combat conditions) of this complex equipment, no Russian specialist will be able to return it to work.

A successful attempt to create an effective missile defense system by the United States of America can create the illusion of invulnerability and, under certain conditions, push for a human tragedy - the use of nuclear weapons.
Ctrl Enter

We are in Yandex Zen
Washington wants to achieve invulnerability
Shield and sword
9 comments
Information
Dear reader, to leave comments on the publication, you must to register.