Izhmash and Beretta: what will their cooperation give? 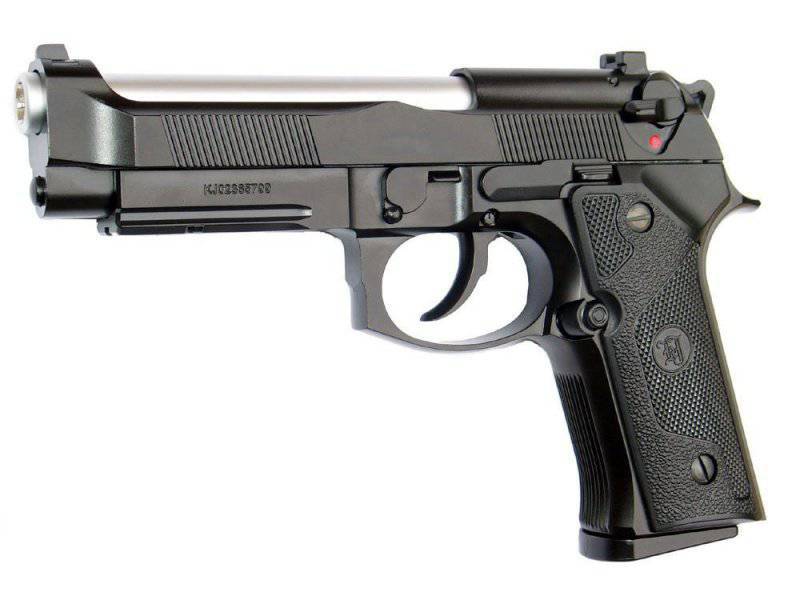 Last year, it became aware of the intentions of the concern "Izhmash" and the Italian company Beretta to create a joint venture. The initiator of the creation were the Italians. As the then general director of Izhmash V. Gorodetsky said, Beretta is interested in cooperation on the subject of small-caliber carbines. In turn, the Russian enterprise may benefit from the joint venture in the form of advanced automatic pistols.
Over the past year and a half, a huge amount of consultation between enterprises, exchange of documentation has been held, and their representatives have visited each other's facilities in order to study the technological possibilities. At the moment, preparations are under way for the direct creation of a joint venture and the signing of all necessary contracts.

In the meantime, Izhevsk and Italian gunsmiths are preparing for full-scale cooperation, let's look at what it will give the parties.

Beretta, as already mentioned, wants to expand its range of hunting carbines. Particular attention is paid to the Italian company to small-caliber arms. Izhmash has long ago established mass production of Saiga carbines of the 223 series, designed for the NATO 5,56X45 mm cartridge. Perhaps even the licensed production of “Saigi” at the Beretta’s factories, especially the hunting weapons of this class are in demand in the West. Yes, and hardly any gunsmith will refuse the opportunity to get the know-how, proven over the years of use. Let even "Saiga" is created "only" on the basis of the Kalashnikov.

How is cooperation useful for Izhmash? Technology. Moreover, the exchange of technologies will be bilateral. Something that is used here is absent from the Italians and vice versa. If licensed production of pistols, for example Beretta 92, is established at the Izhevsk plant, the plant itself will increase its model range, and the main consumers of its products - the Ministry of Defense and the Ministry of Internal Affairs - will have the opportunity to expand their range of weapons. In addition, the notorious "Beretta-92" is designed to use the cartridge 9x19 Luger, whose production has long been mastered in our country.

You also need to take into account the fact that the cartridge 9х18 PM has long been a pretender to the security forces. At the beginning of 90-x, with the increase in crime, police officers found that in some circumstances, a Makarov pistol could not give what was required of him. Due to the lack of available machine guns at the time, the police began using the Stechkin automatic pistol whenever possible. Its longer barrel in combination with the automatic fire mode provided more "comfortable" shooting characteristics. The MTA service, the production of which ended in the middle of 70's, thus continued, although already as a police pistol.

Recall that the APS was developed at the end of the 40 of the last century as a personal weapon of officers and other military personnel who, for whatever reason, do not rely on an automatic rifle. However, this gun quickly proved itself not the best way. Good shooting characteristics were compensated by the inconvenience of use. The standard wooden holster-butt was too cumbersome for constant wear or for placement in a combat vehicle. Subsequently, the MTA was decommissioned and sent to storage. His place was taken by a shortened Kalashnikov assault rifle, model AKS74U. Already from the storage warehouses, the mothballed MTAs were transferred to the Ministry of the Interior - to riot police, SWAT, etc. At the moment, the Ministry of Internal Affairs is armed with several models of submachine guns, superior to the APS in a number of characteristics, but no one is in a hurry to say goodbye to Stechkin.

The Italian attempt to create its automatic pistol also did not end in triumph. Their automatic pistol Beretta 93R, developed in the middle of the 70-s, did not really have time to serve. His early retirement was not due to insufficient fire rate (1100 shots per minute, 3 bursts) and not a small magazine (20 ammunition), but full-fledged machine guns with similar data and approximately the same price. Moreover, these PP, for example H & K MP5, were much more ergonomic. Now "Beret-93P" is used only by a few power units, amateur arrows and cinematographers.

As already mentioned, the police, riot police, etc. love APS for sufficient killing power and stopping action. But the PM cartridge is slightly weaker than the Luger. Therefore, there is an opinion that law enforcement agencies need a gun for this cartridge. Of the existing and tried-and-tested models, the Beretta 92 is the best for this “post”. Although this gun does not have an automatic fire mode, it may be more than useful in shootouts with criminals at "city" distances. In addition, "Beret-92" is already in service with the Russian Ministry of Internal Affairs and has earned positive reviews.
So, the “exchange of experience” of Beretta and Izhmash should benefit not only the companies themselves, but also their countries.

We are in Yandex Zen
Submachine guns of the Beretta M1938 family (Italy)
Sharps pistols variants
32 comments
Information
Dear reader, to leave comments on the publication, you must to register.