USA and China on the verge of a trade war 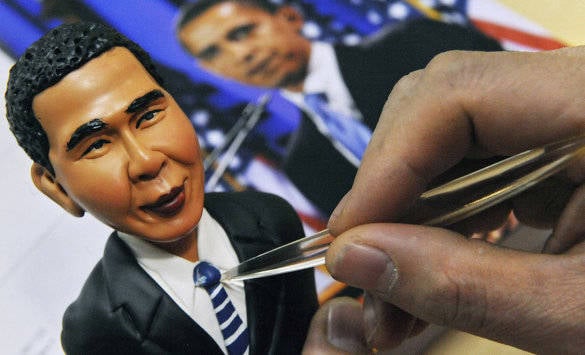 After the streets of New York began to be filled with crowds of disgruntled American authorities, these same authorities decided to adopt, in their opinion, the only right decision - a law that supposedly should force foreign countries (primarily China) to play by different rules. The bill will concern the introduction of additional duties for goods imported from countries that artificially lower the rate of their national currencies. Surprisingly, the American parliamentarians (both Democrats and Republicans) spoke out quite harmoniously for this bill, which is extremely rare. Apparently, the situation in the American economy today is so unstable that the authorities are literally clutching at the first straw that came to hand.

Proponents of new duties on imported goods say that countries such as China do not just underestimate the real value of their national currency, but also by this understatement hit the US economy. The situation allegedly develops this way: China imports cheap goods to the United States, with Chinese companies supplying these products, a national American manufacturer is not in a position to compete, so its products are more expensive. Further, American companies are forced to reduce the number of jobs, since the products are uncompetitive. Local job cuts increase unemployment throughout the United States. According to official statistics in the fall, the unemployment rate in the United States rose to the value in 9,1%. This is a giant figure for a state that considers itself the main economy of the world. Informal sources call numbers much higher than 9,1 percent. So, on the posters of protesters on Wall Street, the figure about 18% often flashes! At the same time, unemployment in China is slightly higher than 4 percent.

It is this dissonance that makes the American parliamentarians decide to make rather dubious decisions. Of course, not everyone calls China the culprit for their problems, but anti-Chinese sentiments in the highest echelons of American power do exist.

However, many experts, both in China and in the United States themselves, say that measures aimed at increasing duties on imported goods are unlikely to revive the American economy. In addition, the Chinese Ministry of Labor declares that if Barack Obama signs the new law, the PRC reserves the right to take retaliatory moves. And it can already be safely called the most genuine trade war of the two economic giants of our time. Moreover, China is ready to make a complaint about the United States to the WTO, and this will also not positively affect the relations between the two countries.

Incidentally, a small trade “skirmish” between the United States and the PRC was not so long ago. The Americans imposed extremely high import duties on tires from the Middle Kingdom, and the Chinese responded with similar duties on the import of poultry meat from the United States. After that, both had to abandon their principles and recalculate the losses incurred.

However, now the situation is such that the United States will soon enter the election year. In this case, the American people need to somehow "cheer up." So the parliamentarians decided to find an external "trade enemy" in the face of China, which, it turns out, is to blame for all American problems. Representatives of the Democratic Party say that the Chinese deliberately keep the yuan to enter the US economy in the next crisis with all the ensuing consequences. These people are confident that the Chinese authorities should immediately raise the rate of the national currency by 30%, which is supposedly the true price of the yuan.
The official representatives of the People's Republic of China answer to this that they have repeatedly appreciated the yuan exchange rate for the last period of time, but the US economy has not changed this. And the government of the Celestial Empire is not going to go for a large-scale revaluation of the Chinese currency, since this will cause a real collapse of the country's economy.

Indeed, the yuan exchange rate over the past year has grown by more than 7%, but this is clearly not enough for the Americans. Of course, you can impose such goods on Chinese goods that will make them much more expensive than American products. But this will in no way solve the problem of unemployment. You can imagine how hundreds of millions of US residents will come to the store and see the "new" prices of Chinese goods. At this point, they are unlikely to think that America, represented by Parliament and President Obama, is taking care of them, trying to increase the number of jobs. And it is not necessary to guess, in order to understand that the increase in prices for habitually cheap Chinese goods may be the last straw that overwhelms the patience of an ordinary American.

The result is this: if the American president decides to sign a bill to increase duties, then this can turn into a serious confrontation between the two economies, and if he does not, he will need new decisions, which are not yet in American power heads. As the players say: get a "fork".

We are in Yandex Zen
The tragedy of the American army ("The Atlantic", USA)
Situational analysis of the death of the MH17 flight (Malaysian Boeing 777), made on the basis of engineering analysis from 15.08.2014
18 comments
Information
Dear reader, to leave comments on the publication, you must to register.