Problems of the Russian fleet

October 11 2011
9
The leadership of the Russian Federation decided to modernize the Naval fleet as the top priority of the armament program until 2020. Russian Prime Minister Vladimir Putin recently confirmed information about the allocation of about 5 trillion rubles to the fleet in the next ten years.


The plans are ambitious, and if some of the points are being fulfilled little by little, then the main classes of ships raise questions more than optimism. If many issues are resolved in a purely technical and organizational terms, then with financial plans, as always, things are going badly, plus some entrepreneurs have ambitious projects.

Anatoly Serdyukov, Head of the Ministry, stated that the self-promotion of the USC had no effect on the decision of the Ministry. Research is being conducted on this issue, and until the result of this work is visible, decisions on the order of an aircraft carrier will not even be discussed. By the way, in the adopted program of armaments HHP-2020 no aircraft carrier construction is provided.

So, in the next ten to fifteen years, it is planned to build multi-purpose submarines around 10. The submarine of the Ash series of the nuclear submarine cruiser Severodvinsk has already been launched into the sea.

At this time, the construction of the second submarine cruiser of the 885 project - the Kazan submarine is underway at the Sevmash plant, which will be commissioned in the 2015 year. 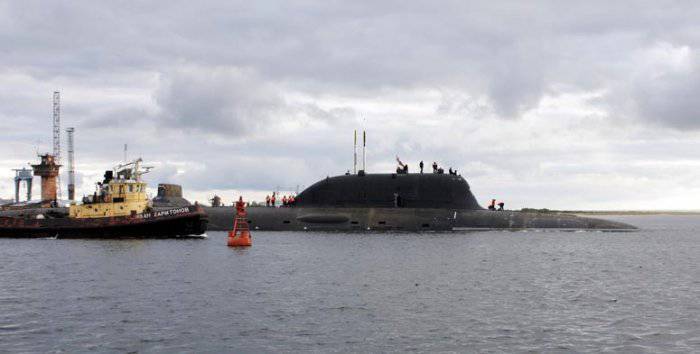 The pricing of the Sevmash plant as part of the work on the Yasen project has been repeatedly criticized by representatives of the Ministry of Defense. The submarine “Severodvinsk”, created on the basis of the backlog left over from the 1993 of the year, turned out to be successive in price, and that is only due to the freezing at the 47 mark of billions of rubles. And now the plant "Sevmash" requested for the second submarine "Kazan" from the military department 112 billion rubles. It is impossible to say something without having access to the calculation of price formation, but it seems that the requested amount hides behind not only the inflation component of the construction industry, but also the consequences of freezing the price of the Severodvinsk nuclear submarine.

The design of a lightweight and inexpensive successor to existing submarines of the 945, 971 and 671РТМ (К) projects is not even raised, although many have a service life nearing its end. Back in the Soviet Union, they wanted to bring all nuclear multi-purpose submarines to one project - the creation of submarines of the Kedr project 957. But, like many other good projects and undertakings, the project did not live to see its realization.

There is no doubt that the submarines of the project "Ash" will be able to replace not only the nuclear submarine missile-carrying cruisers "Antey" of the 949А project, but also all other types of light submarines. Having the best weapons and technical characteristics, "Ash" will perform at a high level the tasks that are set light anti-submarine submarines. However, it is practically impossible to build a large number of multifunctional “Ash trees” in today's conditions - they are rather large in size, difficult to assemble and quite expensive. Consequently, all the constructed "Ash" just is not enough to perform the tasks assigned to the submarines of the entire Russian fleet.

While there are no exact data, how many submarine submarines are needed to accomplish the tasks currently being performed by submarines of 949А, 971, 945 and 671 projects, no more than thirty of them remain in the ranks, which even the Ministry of Defense considers to be catastrophically insufficient.

The situation with the construction of strategic missile-carrying submarines is obvious - the basis is the 955 "Borey" project, for the twenty years of the project’s existence at the moment we have four embodiments:
- the lead submarine "Yuri Dolgoruky", which finishes sea trials and most recently shot out with a regular ballistic missile of the Bulava missile system; 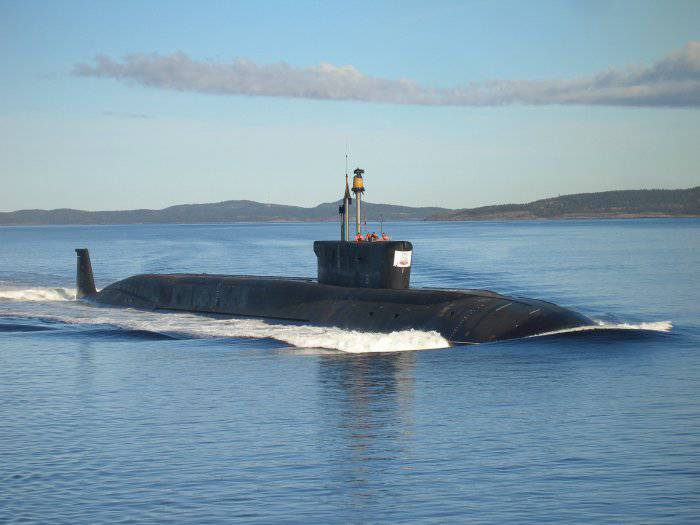 - the second submarine of the project 955 "Alexander Nevsky", we hope, will be put to the test at the end of 2011;
- the third submarine "Vladimir Monomakh" is on building stocks;
- the fourth submarine of the Borey project, the working name of which is St. Nicholas, will soon begin to build, and have begun production of a construction reserve.

Under the project “Borey” the main problem has already become visible. After all, the submarine strategic submarines "Yuri Dolgoruky" and "Alexander Nevsky" were assembled on the backwaters of submarines of the 949A and 971 projects that had been in the Sevmash plant since the times of the Soviet Union. But the submarines "Vladimir Monomakh" and "St. Nicholas" will be built at the factory from scratch, and no one can clearly say what the cost of construction will be.

Most likely, we will face another confrontation between the military and shipyards, as commanded by the Navy Vladimir Vysotsky - “we will not put up with illiterately inflated prices”, and worst of all, the contracts for the construction of strategic nuclear-powered rocket carriers have not been signed yet.

Shipyard "Severnaya Verf", which is included in the defense industry, received government guarantees of tens of billions of rubles for the speedy implementation of the State Defense Order. These warranties are valid until 2015. By the end of 2020, Severnaya Verf, on the basis of the State Program for the GV-2018, is obliged to supply the customer — the Ministry of Defense of the Russian Federation — six corvettes of the 23180 project and the 23185 project (23180 modernized project), six 22350 frigates. To date, Severnaya Verf is building two frigates of the 22350 project.

At the end of the 2010 of the year, the main multipurpose frigate of the 22350 project “Admiral of the Fleet of the Soviet Union Gorshkov” was launched and the sea trials would soon pass. 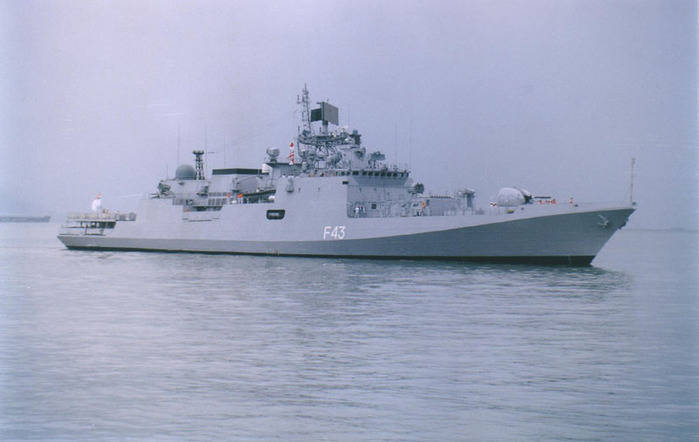 As you can see, with the financial support of this project, everything is in order. And here I would like to mention a rather thoughtful step by military experts - the transition to the widespread use of UCSS, after all, ships and submarines inherited from the USSR had just a huge range of different-sized solutions and missile systems. Representing a modular system equipped with universal launchers, UKSK allows you to fire at the enemy with various projectiles, rockets and torpedoes of the same caliber - even the multi-purpose missile system itself is called "Caliber". The missiles of the complex can be used for firing from 533-mm submarine torpedo tubes and for firing from coastal missile systems. It only gives greater versatility of the use of UCSS.

This is a very timely step - the use of the UCSS, it will positively affect the tactical, industrial and economic component. Increase the effectiveness of the use of the Russian fleet, reduce the cost of purchasing additional weapons, reduce the time of productive work of manufacturing standard weapons.

Three ships of the 11356 project have already been laid at the Baltic Shipyard at the request of the Russian fleet. Recently, three ships have already been built at the Baltiysky Zavod by order of the Indian military - Talwar frigates. Three more frigates of the 11356 project, according to the signed contract with the Ministry of Defense of the Russian Federation, expect bookmarks.

The 11356 frigate is designed to repel attacks from the air, both independently and as part of a naval grouping as an escort, confronting enemy surface and submarines in sea and ocean areas. 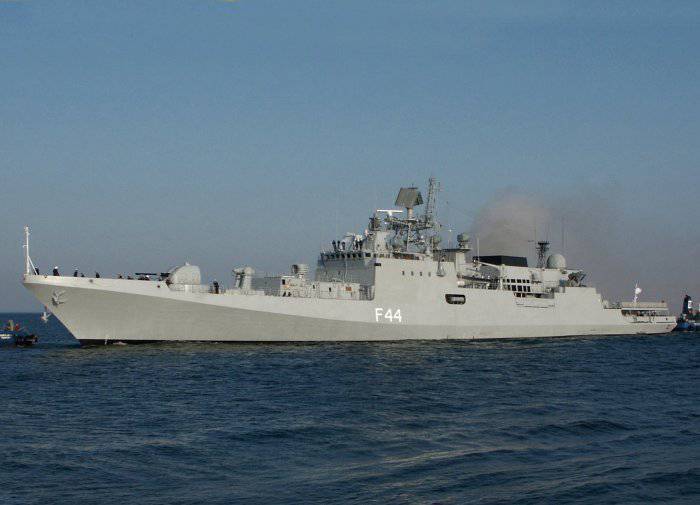 The 1144 project has almost no problems, being the banner of the Russian fleet today, the cruisers will be provided with all the necessary things in the first place. It is planned to put into operation the heavy nuclear missile cruisers of the Orlan project 1144, upgrading them to multipurpose missile-carrying ships. The Ministry of Defense recognizes that without large warships of Russia a military presence in the World Ocean cannot be achieved. Schemes for upgrading the 1144 project will be used on the Admiral Nakhimov heavy nuclear-powered missile cruiser, which is already in repair docks.
The ship promises to hand over to the fleet in 2015 year. After running trials and combat trials, the fate of the modernization of the remaining 1144 ships: the Kirov, Admiral Lazarev and the pride of the Russian fleet Peter the Great will be decided. 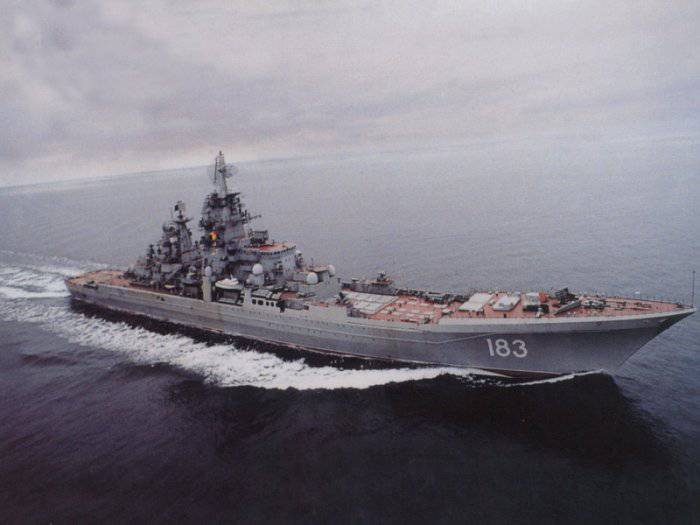 We are in Yandex Zen
The big stick of the American fleet
"Svetlana". History of creation
9 comments
Information
Dear reader, to leave comments on the publication, you must to register.