Korean Protection: The Secret of the Miracle 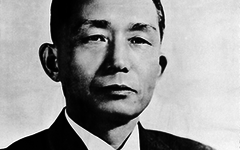 Chaebols are the implementation, taking into account local specifics, of global approaches to the economy

In 1961, the military led by General Pak Jong Hee came to power in South Korea. Almost immediately, reforms began, the results of which are deservedly called an economic miracle.

In subsequent 25 years, the growth rate of GNP averaged 8,5% per year, and in the manufacturing industry, production increased annually by 20%.

South Korea successfully produces and sells automobiles, ships, electronics, metallurgy and petrochemical products, textiles and much more in the international market. Starting with 72 in the world in terms of foreign trade, fifteen years later, the country entered the top twenty, including countries that export raw materials, and this despite the fact that she experienced a particularly strong blow during the 1973 oil crisis of the year.

All these outstanding successes were achieved in an amazingly short time and under unfavorable initial conditions. During the Japanese occupation before 1945, the main industrial centers were located in the northern part of the country, where mineral deposits were located. South vegetated in poverty and backwardness.

The 1950-53 Korean War only made the situation worse. Internal political situation was unstable. The April 1960 revolution overthrew President Lee Seung Man, and this was followed by a period of anarchy when Ho Jong, Kwak Sang Hoon, and again Ho Jeong were in power.

All this did not contribute to the development of the country, and when, finally, the military dictatorship of Pak Jong Hee was established, South Korea was in complete decline. However, the new government firmly decided to bring the country to the forefront, and despite the hostility towards its yesterday’s occupiers, she did not stop to take advantage of many of the achievements of Japan.

For example, in Korea, the Economic Planning Office almost immediately appeared, in which the General Planning Bureau, the Budget Bureau, the Statistics Bureau and the Mobilization Fund for Material Resources played the main role.

The development of the country's development programs was carried out in cooperation with other authorities, including the ministries of construction, finance, foreign affairs and foreign trade. Planning covered infrastructure, economic indicators, the situation in the financial sector and social issues.

State corporations occupied an important place in a number of key sectors of the economy, and even the share capital of private banks was placed under state control. The government established a strict currency management regime, in accordance with which the entrepreneur had the right to import goods only for the amount that he earned by his own exports. An exception was made only for those projects whose implementation was initiated or supported by the state.

Of course, the Korean leadership had ample opportunities to force business to move in those areas that the government considered correct and priority for the country. The state helped to organize the sale of products, and the development of the economy itself was carried out in accordance with the five-year plans.

To some extent, this is similar to how the USSR was governed, but there was a fundamental difference. It is one thing to support an entrepreneur in promoting his goods, including to the world market, and quite another - according to a plan to guarantee his sales.

South Korea’s economic breakthrough is inseparable from protectionism. The government used a wide range of relevant measures: high duties, all sorts of non-tariff barriers, import quotas, that is, administrative restrictions on the volume of foreign goods allowed for importation, and much more.

Everything is as usual, right on Colbert: you buy raw materials, and as cheaply as possible, sell your finished goods, and foreign industrial products are subject to increased duty, if it competes with local counterparts.

Speaking about the South Korean successes, it is impossible to ignore such a thing as “chaebol” - giant financial-industrial groups that are the backbone of the Korean economy: “Samsung”, “Kia”, “Hyundai”, “El-Gee”, “Daewoo”, “ San'en and others. In practice, chaebol is a conglomeration of dozens of subsidiaries, investment, insurance, foreign trade, transport and other companies. They originated as a family business, and are still largely controlled by clans.

Developing a reform strategy, Park Jong Hee and his team proceeded from the principle of maximum concentration of forces in priority areas. South Korea did not have significant capital, and therefore could not afford the luxury of scattering already poor resources in various fields of activity.

Each five-year plan, the state chose a narrow circle of industries that were to make a breakthrough, and created for them the most favored mode. There were public funds and orders, currency, administrative support, tax breaks and so on. In this sense, chaebols have become a tool for concentrating money, specialists, technology, and so on.

Remember, at one time, all our ears buzzed about a small business? It is both progressive, and flexible, and effective, and in general should become the engine of the Russian economy. At the same time, they just did not talk about the “inefficiency”, “bureaucratization” and “inertness” of giant enterprises.

Meanwhile, the absurdity of these arguments is obvious. Yes, there are areas where small business is indispensable. Restaurants, retail outlets, services, and similar things. But how do you imagine the implementation of large-scale projects by the forces of a tiny company? It requires billions of dollars and hundreds, or even thousands of workers. Neither small business does not have, otherwise it is called otherwise.

I would like to see a small company producing a hundred thousand cars, computers or machines per year. Cars "Mercedes", "Ford", "Toyota" are products of small business? Aircraft "Boeing" and "Airbus" - collected by his father and his two sons in the garage? Do iPhones and iPads make firms with ten employees each?

Take a close look at well-known industrial brands and not necessarily South Korean. You will not find a single small enterprise - all of these are giants who manage funds comparable to the budgets of many countries of the world.

When we were told fairy tales about how “useful” to break up the largest Soviet organizations, they constantly nod to the Western experience. Meanwhile, in the colossal US economy, 60% of sales in the manufacturing sector accounted for only 200 companies.

Of course, small enterprises exist not only in the service sector, they also exist in industry, but to a large extent they live thanks to orders from large companies. That is, the locomotives of the economy are corporations, financial and industrial subjects of super-large business.

The very idea of ​​concentrating production, coordinating efforts, and mobilizing resources is by no means an invention of Koreans. Chaebols are the implementation, taking into account local specifics, of global approaches to the economy.

As mentioned above, Korea has developed according to five-year plans. 1962-66 was marked by the development of the production of mineral fertilizers, coal, cement and light industries, as well as energy. Then they added refining, construction and ferrous metallurgy. Modernized and often created from scratch infrastructure of industry and agriculture.

As a result, by 1976, the share of raw materials in exports fell below 3% versus 48,3% on the eve of reforms. The fourth five-year plan, 1977-81, brought the country's heavy industry to new frontiers. Particular attention was paid to the export opportunities created by enterprises, but the previously emerging and already strong light industry also successfully conquered foreign markets. Meanwhile, local manufacturers were protected by protectionist barriers.

Almost twenty years have passed since the beginning of the economic miracle, and only then did the government gradually and carefully began to simplify the access of foreign competitors to their domestic market.

Having built a successful export-oriented economy, South Korea could now uphold the principles of free trade, seeking from other countries to reduce protectionist restrictions on the way of Korean goods.

PS In preparing the article, the following sources were used: Korolev A.Yu. The role of financial-industrial groups in the export-oriented development of the economy of South Korea. Khrutsky V.E. South Korean paradox.