Some results of the 20-year-old "eating away" of Ukraine 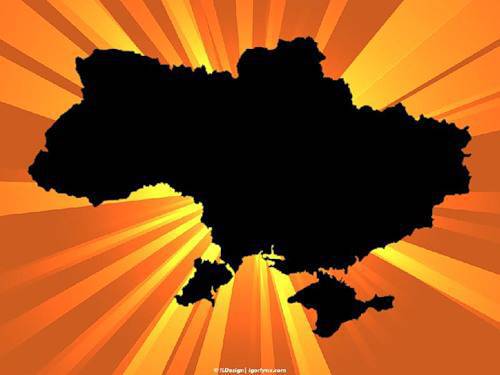 Many analysts are talking about the collapse of the “Ukrainian project”. This fact confirms the mass of facts: from extinction and the flight of the population to the complete deterioration of infrastructure. Thus, according to the materials “Cost of fixed assets in 2000 – 2010” published by the State Statistics Service of Ukraine, the degree of depreciation of fixed assets in the Ukrainian economy reached an alarming figure in 74,9%.


This figure actually buries all dreams of European integration or the independent development of Ukraine. Kiev has no funds for the modernization and overhaul of infrastructure, and Brussels has its own problems above the roof.

The statistics clearly states that there are no tendencies to improve the situation, the situation is only getting worse: in 2000, the degree of deterioration in the infrastructure of Ukraine was 43,7%, in 2004, 49,3%, in 2008, 61,2%. The numbers talk about the essence of the regime of Yanukovych better than words. The differences for the Ukrainian national economy, who rule - ardent Westernizers and Yushchenko’s Russophobes or the Yanukovych regime, no.

In another material of the Ukrainian Gosstat "The presence and condition of fixed assets for 2010 year" shows the figures for some major sectors of the national economy of Ukraine. It shows that the very worst situation in the system of transport and communications, where the degree of wear and tear has reached simply fantastic numbers in 94,4%!

The catastrophic situation in railway transport, in April 2010, the wear of the locomotive fleet reached 80%. In May, data appeared on diesel fleet depreciation on 97%, and locomotive on 90%. In Ukraine, 2447 locomotives are listed, but only 1454 and 1863 locomotives are used - only 1271 are used. The average age of an electric locomotive in the Ukrainian state is 36 years, the main and shunting diesel locomotive is 24 and 29 years, respectively. At the same time, according to the authorities, the previous plan for the renewal of the locomotive fleet was disrupted: over the past 2 of the year, instead of 172, machines bought only 49, and this also calls into question other modernization plans.

Depreciation of suburban rolling stock of railways reached by electric trains - 80,3%, and diesel trains - 93,1%. The negative situation regarding the fleet of railway cars, in 2005-2010 years, about 28,5 thousand freight cars were removed from use, and only slightly more than 5 thousand units of rolling stock were bought instead of old cars. 35 also had thousands of cars extended service life, although they also had to be incapacitated. Currently, Ukrzaliznytsia (Ukrainian Railways), without private wagon operators, has a fleet of 120 thousand freight wagons. Most of them were released in the USSR before 1990. And more 80% of freight wagons of Ukraine have exhausted their standard term of work. The railways of Ukraine plan to buy 2011 thousand cars in 2015-50 years, but given the fact that all previous plans have failed, there are few hopes for their implementation.

The situation in the railway transport system threatens Ukraine, in the near future, with a transport collapse and naturally the collapse of the entire economy of the country.

Difficult situation in other industries: in the mining industry the depreciation of fixed assets - 47,8%, in the manufacturing industry - 66,8%, in the energy sector - 60,7%. In general, throughout the Ukrainian industry - 63%. Worn housing stock in Ukraine is estimated at 47,2%

The difficult situation in the country's agriculture: wear in 40,7%. In fishing - 54,2%, construction sector - 50,1. From 2000 of the year to 2010, the number of tractors at the disposal of Ukrainian agricultural enterprises decreased from 319 to 151 thousand units, the number of combine harvesters from 65 to 33 thousand, seeders from 132 to 76 thousand units.

The best situation in the financial sector, the depreciation of fixed assets is only 28,7%.

Summing up this statistics, we can safely say that Ukraine has been working for “wear” with all the authorities and governments 20 has been around for years. Essentially, eating and squandering (and stealing) of the economic potential of Ukraine and its population to the detriment of its future takes place. The competitiveness of the national economy is deteriorating and the collapse of all Ukrainian statehood is approaching. The leadership of Ukraine, its oligarchic groups live for one day, trying to squeeze out as much as possible from Ukraine.

Ctrl Enter
Noticed oshЫbku Highlight text and press. Ctrl + Enter
We are
Missed chapter "Strategy-2020"“You do not need to conquer. You will free the land yourself. ”
25 comments
Information
Dear reader, to leave comments on the publication, you must to register.