Tricky comments. What would this rename?

18 May 2015
22
The phase after the collapse of the brains of Ukrainian rulers unambiguously enters the final stage. Either winter dill is more venomous than ever, or something has become more difficult, but some actions of guardians for the benefit of Ukraine cannot be explained by anything else.

The happy assessors apparently have nothing more to do, and there are no problems in the state, so they decided to have fun with the names. Rename the Russian airport "Simferopol" and assign it the name of the national hero of the Crimean Tatar people Amet-Khan Sultan. 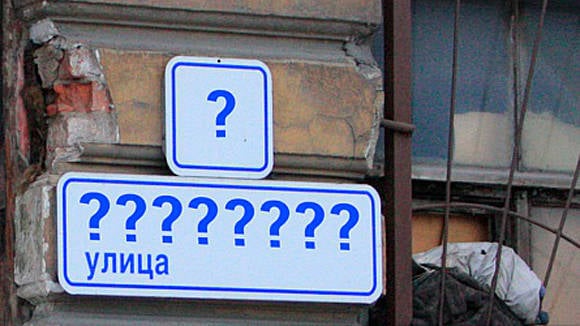 A sort of deflection, and double. And to show that the territory of the Crimea seems to be under Ukrainian jurisdiction, and with the Crimean Tatars to play around.

Amet-Khan Sultan is a person, undoubtedly, outstanding and known without such “innings”. The question of properly perpetuating his name and merit is a completely separate topic, I don’t know how the Crimean Tatars will react to this.

After all, even a fool can understand that the matter will not move further than the decisions and resolutions. Here, the principle of “our business is to crow, and sunrise is a non-binding thing” works for the Radhl rulers. And the appearance of the corresponding sign on the walls of the airport "Simferopol" is unlikely. As well as the changes on the maps of the same Ukraine, because money is needed for this, but they are not.

With the same success, you can rename something in the Donbas. And if the Crimeans, I am sure, will simply bypass this moment without noticing, then they may react from the Donbas. And something to show the camera appropriate. In-kind, so to speak, value.

So this is nothing more than an action in flour. But the conclusions are unambiguous - "the patient falls into a critical state."

The most burning issue in Ukraine today. For there is no money, and nowhere to take it. But you must. All these attempts and grimaces to break at least something from Germany, Russia, the Mongol khanate for the damage caused is nothing more than utopia. Nobody will give anything, but to sue, again, the money is needed. And they are not.

So the only thing that remains for the Ukrainian authorities is a huge FOR SALE sign for the whole map. Well, except for Donbass, of course. Yes, they would have sold there with pleasure in the first place, but there are nuances ...

And something tells me that these nuances will have very weighty arguments against the commission of "privatization" transactions. This is exactly the situation when one battery of “grads” will be able to do more than a hundred officials and lawyers.

Prime Minister Senya discussed in Paris with French President Francois Hollande possible steps of France in support of the Ukrainian economy. According to Hollande, French entrepreneurs can occupy an important niche in the economy of Ukraine.

They can - it is strongly said. Can - does not mean that they take. For as they take, so they will be asked from there.

Prior to this visit, the Ukrainian cabinet expanded the list of objects for privatization. The list includes about 30 mines, concern "Ukrtorf", "Centrenergo", a number of thermal power plants and other enterprises.

And who ever decided that European entrepreneurs would rush to develop industry in the country and increase the competitiveness of Ukrainian enterprises? But in the "management" of energy facilities, they may well participate, but not in the way that the Ukrainians would like.

We have already passed this in the nineties, it was business.

Why does Europe need another manufacturer? His nowhere to go. Europe needs another consumer. Among the objects to be privatized, there are manufacturing enterprises. For example, mine. Here their Europe on 100% will be ready to buy, then to close. And there is energy, service enterprises - they will surely remain.

No need to go too far, just look at the neighbors. Where is the Latvian industry? Where is the light industry in Bulgaria and Romania? Where is the agriculture of Greece? Quotas for olives, quotas for lard, quotas for bread ... And all the same, Europe is systematically choking on its crops. And then there is Russia buzzing ...

So the sale of Ukrainian assets raced, but will only lead to its natural outcome. Energy, perhaps, that buy. And the rest is unlikely. “Ne Treba”, if in European style.

That's how it is, if you look at the top. Not with a jump. From the jump, of course, everything is beautiful - the French will come, bring money, and everyone will heal in goodness. However, it is necessary to clarify who these "all". Obviously, not those who work at the “privatized” enterprises.

Like this. And you, guardians, rename our airport with nothing to do. Although, can you also decided to push it on the cheap? Oh well…