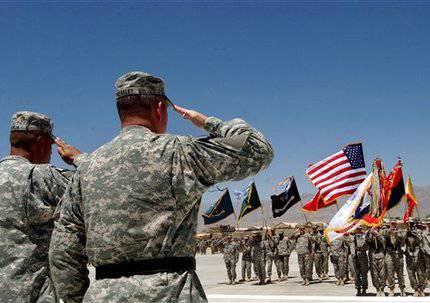 There is a growing concern among the US military that the operation in Afghanistan is not only far from complete, but also doomed to shameful failure. Such concerns, of course, are not new, but now they seem to have reached a high point. The closer to the elections, the more often Obama's opponents will publicly raise this issue. In addition, the alarming notes sound louder and louder in the conversations of high-ranking and ordinary officers. This fact is no longer concealed. According to US Army General Stanley McChrystal, after 10 years of operation in Afghanistan, the United States "did not know enough" and still does not "know enough" to successfully complete this operation.


According to some American generals, there were no plans for how to end the war. All conversations among the command are reduced to the fact that the troops can not leave just like that, because in this case all the victims will be in vain.

Immediate withdrawal of troops from Afghanistan is now completely impossible, and this is determined by a number of factors. First, Obama announced that US troops would be withdrawn from Afghanistan only by 2015, and the withdrawal process was in fact already launched. Therefore, no one will be in a hurry. Secondly, the Taliban successfully deny reports of coalition successes, which have recently been announced by the top military leaders of America. The Taliban fighters have recently been committing loud murders and sabotage in Kabul and other parts of the country. For example, the other day an Afghan officer of the main center of the CIA in Kabul killed a US citizen and seriously injured a second (both were allegedly CIA agents). Third, the author of the strategy of counter-guerrilla warfare General Petraeus, who until recently commanded the American forces in Afghanistan, resigned and accepted the post of director of the CIA. The warlords are the most important link in the war machine, and the resignation of Petraeus entails a vague, but in the future, very real damage to the actions of the United States. In addition, more and more pessimistic forecasts sound from the military themselves. According to the annual public opinion polls published by the Military Times, the number of servicemen who are confident that the United States will succeed in Afghanistan has decreased over the past three years from 75% to less than 50%.

Meanwhile, the overall impression of how the operation is proceeding in Afghanistan is pretty good for the leadership of the US Department of Defense. “Overall, my assessment of our efforts in Afghanistan is that we are confidently moving in the right direction, despite the fact that I believe that we should be more realistic in our views on the remaining problems,” said Defense Minister Panetta. According to Panetta, resonant attacks are only the result of a very strong pressure of coalition forces on the Taliban, who are just no more snapping, carrying out an impressive public attack, so that they are widely covered in the media, but not pose a significant military threat. These events can be perceived as “the result of a change in the initiative in our favor, as well as a signal of the growing weakness of the Afghan militants,” the minister said.

Nevertheless, if you look at the graph presented by Anthony Kordsman in a report on the possible development of events in Afghanistan, it will become absolutely obvious that the United States has spent too little money to prepare Afghanistan for normal development after the withdrawal of the coalition troops from its territory and create conditions for the normal development of the economy. From $ 386 billion, 373 billion was spent on military needs. It turns out that only about three percent of the allocated funds were spent on humanitarian needs.

Meanwhile, the US Department of Defense is considering the possibility of introducing the so-called “Plan B” in Afghanistan, the main essence of which is to regroup American troops in such a way that the south and east of Afghanistan would actually be given to the Taliban, and in the west and north to form a powerful a group capable of effectively resisting their advancement into these areas. Former adviser to D. Bush Jr. Blackville writes: “Washington will obviously have to admit that the Taliban movement is gradually regaining its influence in the territory of the Pashtun south and east of the country, and in order to prevent their return, America will have to pay extremely high price. " The expert also states the following: “America will have to go to very unpleasant measures and in fact recognize the country's dismemberment, at least in two parts, which will be a rather disappointing ending for exactly more than a decade-old US epic in Afghanistan, and the final loss of all investments in development of the country, but, unfortunately, this is the most favorable outcome that Washington can rely on if it soberly assesses the situation in Afghanistan. ” This long statement causes sincere admiration for the level of analytical thought of modern American experts: it is completely incomprehensible, what decade-old US investments in Afghanistan are we talking about?

Maybe Americans, like the USSR in the eighties, built schools and hospitals there? Or did they try to somehow establish a peaceful life in the country with a normal economy, based not on growing poppy straw, but on grain exports, for example ?! Or was it the investment in Afghan agriculture, which is so prosperous right now on poppy? This is, of course, unknown and hardly provable, but the fact that the US built there only a few military bases and all investments in Afghanistan were expressed mainly in shells, bombs and precision-guided missiles that rained down on Afghan soil is an indisputable fact and not requiring proof.

We are in Yandex Zen
About Stalin and Khrushchev
What you didn't want to know about England
10 comments
Information
Dear reader, to leave comments on the publication, you must to register.