How to survive in the army 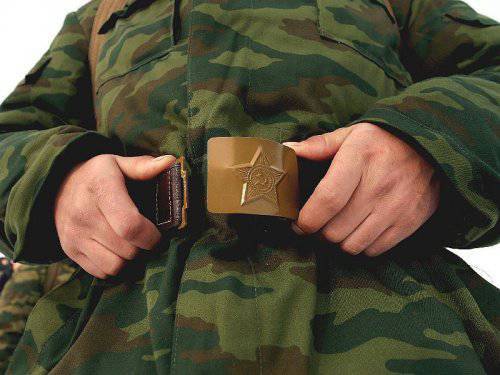 Each situation is very individual. There is no universal behavior. But maybe someone will be useful my advice. It was easier for me - everyone served in my family. Now there are families where there are no serving men. If you know such recruits, give them these tips. They may not be perfect, but this is better than nothing.

1. Do not be afraid. Your main enemy is not demobling, not difficult conditions of service, not a moron-foreman. Your fear makes you vulnerable to them.

2. Do not arise. Do not swing the law, do not swing the laws. Do not look for logic and justice in the army. They were looking for you smarter, stronger and erudite people. The system is stronger, it devoured them, and will devour you. Just squeeze your ass in a fist and be patient.

4. Don't be a rat. Do not steal, do not knock, do not eat parcels at night under a blanket. That rats in 99% of cases are subjected to maximum humiliation and beatings. If you're not like that, if you're a normal kid, you have nothing to fear. Analyze - do you have any problems in the team now, before the army? For what you do not love, do not respect, for which they beat you in the civilian - do not hesitate - for the same thing they will humiliate you and beat you in the army.

5. Faced with frank monsters and sadists - save yourself. Run from the unit, go to your military enlistment office, to the police, to the military prosecutor's office, tell me how it was, why you ran away. You will not be anything for it. I saw dozens of such cases - no one was imprisoned for desertion if a soldier ran away due to bullying.

6. Prepare yourself for the army physically. Start running cross in the morning. In the army, you will run 3 km every morning. If you will be the last to resort - they will beat you and chmorit. Start running now. Run today 300 m. Tomorrow 500. Then a mile, two, and three. In two weeks you will learn to calmly cover 3 km and in the army it will not be a problem for you.

7. Try as quickly as possible to make friends in your army in your unit. At least one friend. Better is five. Hold each other, intercede for each other. If the grandfathers begin to nightmare one of you - immediately come all the rest. The worst thing is to be alone against a group of grandfathers.

The problem of the Russians is that we rarely intercede for each other in the army. Representatives of other nations (Caucasians, Tatars, Bashkirs) will immediately get into such groups and will not be touched.

8. (Caution! This advice is not for everyone!) If you see that your grandfather will hit you anyway, hit first. In the jaw bottom, under the chin. From a blow to this place a person falls. It looks spectacular - laid with one blow. ("I did it a hundred times" (c), hehe). In the end, you will still be beaten, but most likely in the future will be left behind. From me behind.

9. Don't be a mess. The worst in the army is for those who can not do anything. If you are an expert in something (you understand engines, you draw well, you play guitar, you drive well, you know a foreign language, you can fix the TV, you prepare well) then you will be respected for it.

And remember - do not strive to be Batman, who is on the ... the twirl of all demobels. These are only in the movie. In any case, you will get your share of beatings, humiliation and stress. I would really like to say that no grandfather hit me. But this is not so, in the first weeks I made mistakes (I ate at night, avoided work, I was afraid) - and for this I was beaten several times. And for the cause, I myself behaved incorrectly. But I made conclusions, learned from my mistakes and those beatings in the first weeks were the last. You will have your mistakes. Correct them in a timely manner and everything will be fine.