Algeria: exercises with NATO, readiness of the Air Force and Air Defense for war 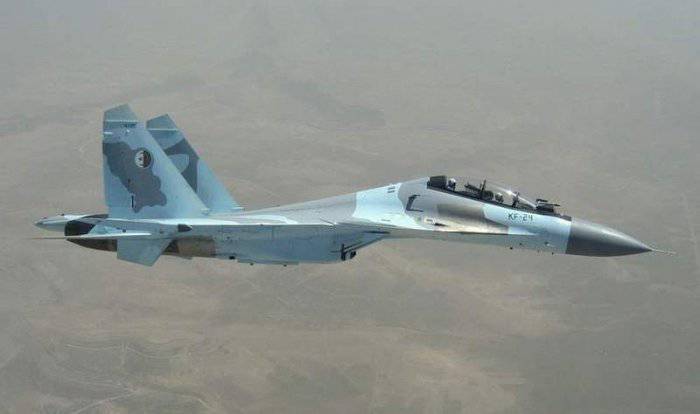 Interestingly, despite the aggravation in 2011 of relations with the West and NATO countries over Libya, the Algerian authorities do not intend to suspend their participation in the annual defense exercise "5 + 5" with the North Atlantic Alliance in the future.


So, in September, military maneuvers took place, in which the Air Force of eight states, including Algeria, were involved. From France, three Mirages participated in the exercises, from Spain, two F-18s, and Algeria set out two Su-30 ICAs, one MiG-29 and one MiG-25. In the course of the exercise, French and Spanish planes worked out the tasks of detecting and intercepting air targets over French territory. Similar problems were solved, and the Algerian Air Force in the region of Oran.

The Algerian Air Force was created in 1962 right after the proclamation of the independence of the state. The country's air forces took little part in the 1967 and 1973 Arab-Israeli wars. Algeria bought aircraft from the Soviet Union, therefore, all combat aircraft and most helicopters of Soviet and Russian production. And now Algeria continues military-technical cooperation with Russia. Thus, a new batch of Su-30MKA multi-purpose fighters (16 units) was purchased.

That is, technically, the Algerian air forces are among the strongest on the Black Continent. In addition, there are plans to strengthen them, the Algerian military are thinking of buying the latest Russian MiG-35 and Su-35 aircraft. But their problem is a weak level of training (50 flight hours per year), which is typical of Arab countries.

The truth with the air defense situation is worse: 3 air defense artillery brigade, 3 anti-aircraft missile regiment, armed with 140 launchers S-75, C-125, Cube, Osa, Strela-1, Strela-10 ". Approximately about 200 MANPADS and 900 anti-aircraft artillery barrels. That is, the air defense of Algeria does not differ much for the better from the former defense of Libya. Of the new products, only one C-300 division (up to eight launchers), and 1-n complex is not able to cover even one major city. True, the Algerian authorities are expecting to receive a second C-300 division soon. Although this is not enough, to cover only the capital - the city of Algeria, you need at least 5 divisions. In addition, 38 units of the Pantir-S1E short-range anti-aircraft missile-cannon complex (height up to 15 km, range up to 20 km) were ordered. They are thinking about buying "Bukov", an additional batch of C-300.

Another weakness of the Algerian air defense is the lack of a unified integrated electronic warfare system (EW) with the enemy’s combat units and the electronic protection of its electronic facilities and control systems for military units and weapons.

Such exercises are beneficial for the West, they allow for a good monitoring of the combat readiness of the Armed Forces of Algeria.

And the Algerian authorities, apparently, are hoping that the holding of such military exercises will help keep the peace. Although, in itself, the fact of the maneuvers is not a guarantee of security. With the same Libya, in the 2010 year, the North Atlantic Alliance conducted the defense 5 + 5 exercises.
Ctrl Enter

We are in Yandex Zen
Algeria is answering calls
The active phase of the "Sea Breeze-2013" exercise has been completed.
10 comments
Information
Dear reader, to leave comments on the publication, you must to register.