12 May 2015
21
Employees of the OSCE Special Monitoring Mission (SMM) stated that on May 10 they had come under machine-gun fire on Ukrainian security officials in the area of ​​the Crimean settlement. 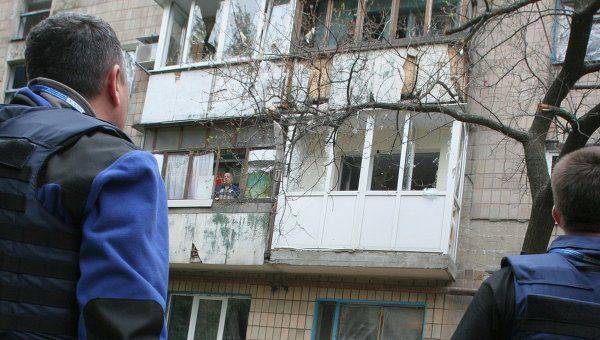 “SMM employees got out of the cars to follow up the artillery shooting. When they returned to the vehicles, 3-5 long queues from the PKM machine gun, some of which passed two meters from the observers, were fired at them, ”quotes an excerpt from the RIA mission report "News".

The incident commented on the commander of the unit of the Ukrainian army, who said that the soldier opened fire "by chance".

“They didn’t know about the mission’s arrival, so the soldier nervously behaved and opened a warning fire,” he said.

Meanwhile, the newspaper "Sight" notes that NATO Secretary General Jens Stoltenberg said that in eastern Ukraine, the number of truce violations has increased, noting that this is a "disturbing trend."

According to him, “in the east of Ukraine, we see more human casualties, an increase in cease-fire violations, interference with (work) observers.”

“This is an alarming trend in the wrong direction,” the Secretary General stressed.