“Kirzach” and “padded jacket” are synonyms of our Victories! 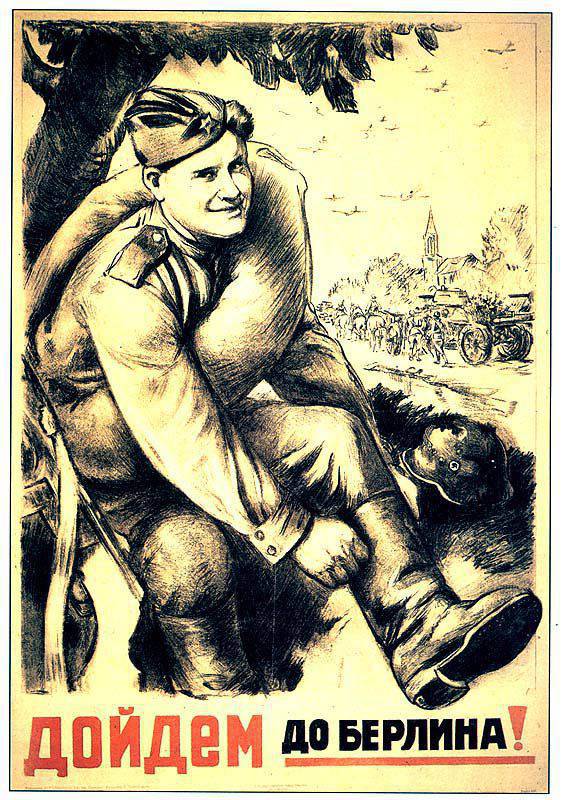 Kirzy boots - more than shoes. Ivan Plotnikov, who set up their production before the war, received the Stalin Prize. After the war, everyone went to the kirzacs - from old people to schoolchildren. They are still running. Because reliable. 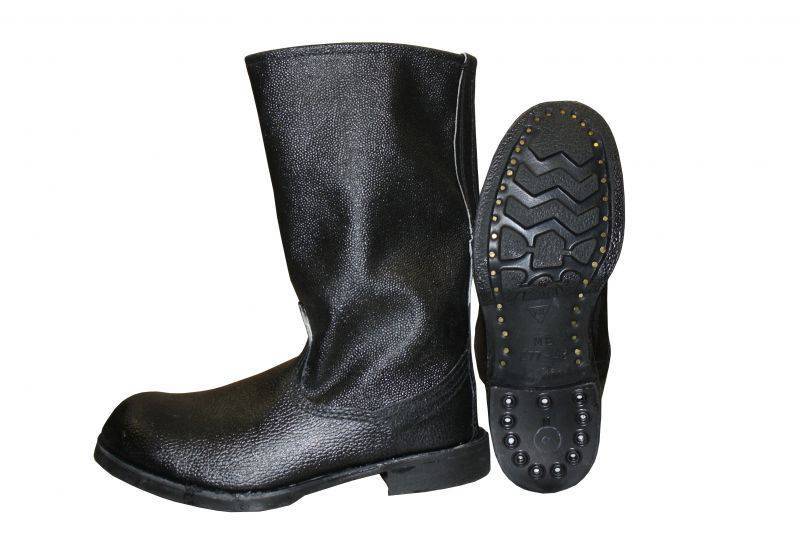 By the First World War in the long army confrontation boots and boots was put an end. Boots definitely won. Even in those armies where there was not enough material for the manufacture of boots, the soldiers' legs would still be wrapped almost to the knee. It was a forced imitation of boots. The mustard-colored windings went through the war, for example, British soldiers. The soldiers of the Russian army, by the way, in the First World War were the only ones who could afford to flaunt in real leather boots.

As well as about any cult thing, there is a lot of speculation and rumors about the tarpaulin boots. So, one of the misconceptions is that the "kirzachi" got their name from the "Kirov factory", which was established their production. In fact, the legendary boots got their name from the name of Kersey wool fabric, from which they were originally made.

There is also a lot of misconceptions about who first created the tarpaulin boots. The priority in this matter belongs to the Russian inventor Mikhail Pomortsev. From 1903, Pomortsev began to conduct experiments with rubber substitutes, and only with those whose components were made in Russia. Already in 1904, he received a waterproof tarpaulin, successfully tested as a material of covers for artillery shells and forage bags. He received a canvas fabric impregnated with a mixture of paraffin, rosin and egg yolk in 1904 year. The material had almost identical skin properties. He did not miss the water, but at the same time "breathed". For the first time the kersey "smelled gunpowder" in the Russian-Japanese war, where it was used to make ammunition for horses, bags and artillery covers.

Fabric samples developed using the Pomortsev method were exhibited by the Ministry of Industry at international exhibitions in Liege (July 1905 of the year) and Milan (June 1906 of the year). In Milan, the work of Mikhail Mikhailovich was awarded the Gold Medal. In addition, he received an encouraging review at the St. Petersburg Aeronautical Exhibition (1911) for developing methods for obtaining leather substitutes and was awarded the Minor Silver Medal at the All-Russian Hygienic Exhibition in St. Petersburg in 1913.

When the First World War began, MM Pomortsev proposed to use the leather substitutes invented by him for the manufacture of soldiers' boots free of charge. In the conditions of an acute shortage of shoes, the troops supplied any kind of shoes from bast shoes to “canvas boots” and shoes, that is, boots with tops of tarpaulin. According to the test results of pilot batches, the Military Industrial Committee recommended making a large batch of such boots for the troops, but it was unprofitable for leather shoe manufacturers, and they strongly prevented the transfer of the order, and after the death of Mikhail Mikhailovich in 1916, the whole thing was buried.
Boots almost 20 years "put on the shelf." 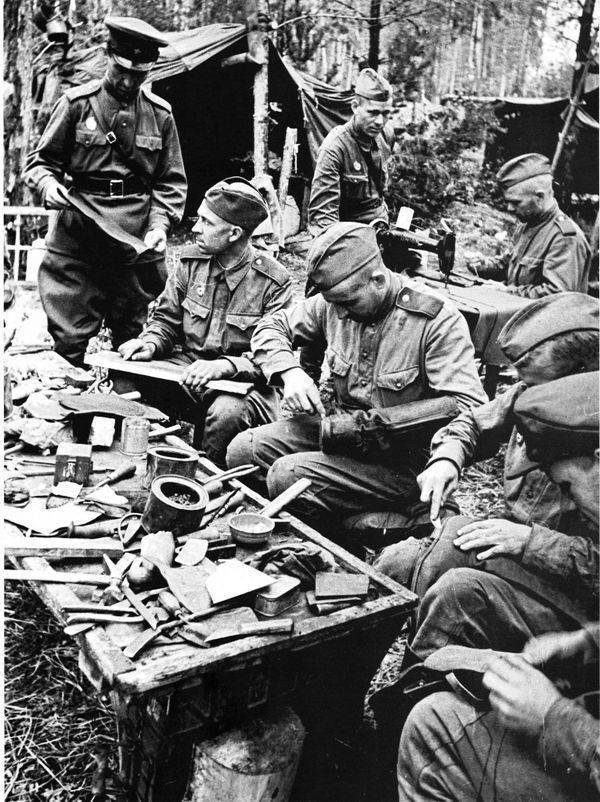 We are obliged to Alexander Khomutov and Ivan Plotnikov to further develop the production of tarpaulin boots. It was thanks to their efforts that the production of “kirzachs” was established in the country. They passed the combat test back in the Soviet-Finnish war, but this experience ended unsuccessfully - in the cold, the boots cracked, became hard and brittle.

Lyudmila Plotnikova’s daughter recalled how her father told her about the commission at which the “debriefing” of the use of the new material took place. Ivan Vasilyevich was asked: "Why is your kirsa so cold and not breathing?" He replied: "The bull and the cow have not yet shared with us all their secrets." Fortunately, the chemist was not punished for such audacity.

After the start of World War II, an acute shortage of shoes became apparent. In August, 1941, Ivan Plotnikov, was appointed chief engineer of the Kozhimit plant, gave him several scientists and set the task of improving the technology of making kersey. Kosygin himself was responsible for the question. The dates were extremely tight. Many Soviet scientists and researchers worked on the improvement of the leather substitute, and about a year later the material production and tailoring of the boots were established.

Shoes made from improved kersey were lightweight, durable and comfortable, kept warm and did not let moisture through. 10 April 1942, by resolution of the Council of People's Commissars of the USSR, Alexander Khomutov, Ivan Plotnikov and seven other workers in industry was awarded the Stalin Prize of the 2 degree for fundamental improvements in production methods in the production of leather substitutes for army boots.

Kirzy boots earned deserved fame during the war. Tall, almost waterproof, but breathable, they allowed the soldiers to march for many kilometers on any road and off-road. One can judge how much the tarpaulin boots are compared to American military boots (probably not with the boots themselves, but with the approach to equipment).

General O. Bradley, author of the bookHistory soldier, ”he wrote that because of the constant dampness, the American army had lost 12 thousands of combatant soldiers in one month alone. Some of them could not recover after this and return to the front.

O. Bradley wrote: “By the end of January, the disease of legs rheumatism reached such a large scale that the American command was at a standstill. We were completely unprepared for this disaster, partly as a result of our own negligence; by the time we started instructing the soldiers, what kind of foot care is needed and what needs to be done so that the boots do not get wet, rheumatism has already spread throughout the army with the speed of the plague. ”
Without high boots and footcloths on the autumn and winter front we had a hard time. 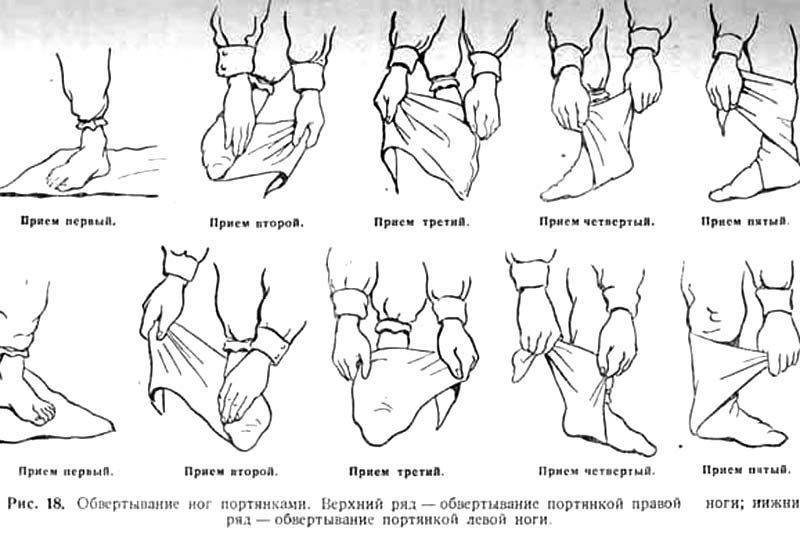 It can be recognized that footcloths are no less ingenious invention than the tarpaulin boots themselves. However, they are inseparable. Those who have tried to wear tarpaulin boots with a toe knows that socks are bound to roll onto the heel sooner or later. Then, especially if you're on a forced march, and you can not stop, write lost ... Legs bleeding. In addition, footcloths are also convenient because if they get wet, it is enough to wind them up with the other side, then the leg will remain dry, and the wet part of the footcloth will dry in the meantime. The spacious leg of the “kirzachs” makes it possible to wind up two legs in cold weather (it is easier to use winter ones), plus to lay newspapers in them in order to keep warm. 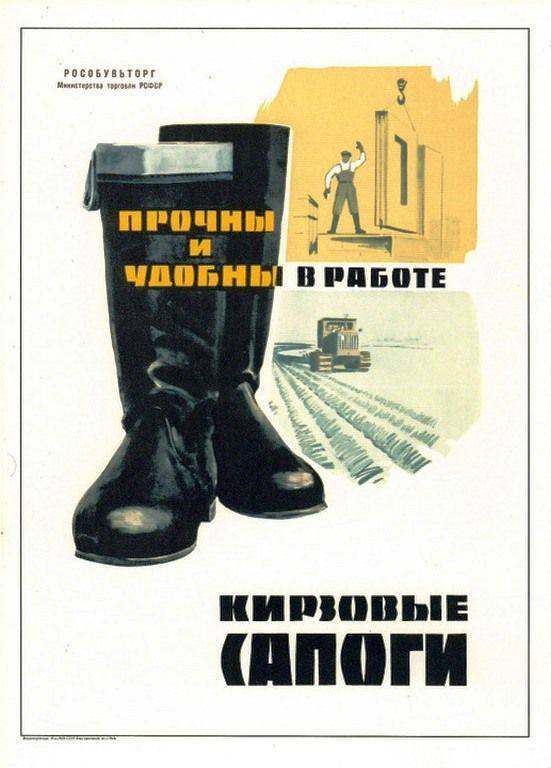 This 1950 advertisement of the year was probably optional. Kirzy boots after the war became the "people's brand". To date, approximately 150 million pairs of shoes have been produced. Despite conversations that the army would soon be re-seated to the berets, the soldiers continue to wear "kirzachi", make "screws" of them (rolling up with an accordion) and dress up on the occasion of a demob. Somewhere at the genetic level there lives in us the memory of how our soldiers marched in kersey boots to the Great Victory.

Ctrl Enter
Noticed a mistake Highlight text and press. Ctrl + Enter
We are
A little about kirzachahWar without boots
34 comments
Information
Dear reader, to leave comments on the publication, you must to register.