8 May 2015
411
Adoption tanks T-14 “Armata” will lead to the fact that the arsenal of anti-tank missiles available in NATO will remain effective weapons only against outdated models of tanks. Yes, and they are quite possible to equip a protective complex of the type of "arkhtovskogo," said the expert Lev Romanov. He writes about this in his article for Messenger of Mordovia. 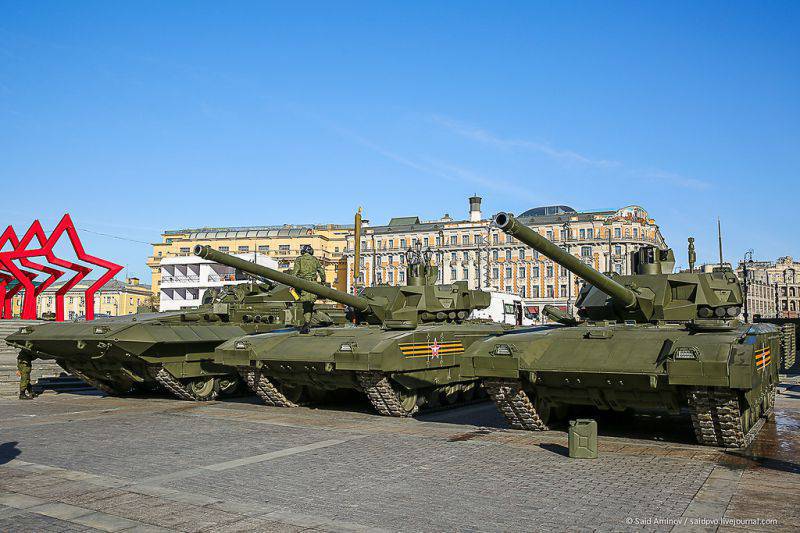 “T-14 has an advanced multi-level security system. It is literally strewn with sensors that scan the space around the car. There are 10 attacking elements of the active defense complex (KAZ) against ammunition flying in what is called a direct ammunition. It was reported that the KAZ installed at Armata is capable of intercepting not only high-speed anti-tank missiles, but also armor-piercing sabots, ”writes Romanov.

“Another new product is a self-defense complex with two rotating launchers and a vertical launch system for special ammunition,” he notes.
Probably, this system is “designed to disrupt the attacks of Javelin-type missiles, self-aiming ammunition and other types of precision weapons,” the author believes. All in all, the tank arsenal around 50 of such ammunition.

A similar defense has heavy BMP on the basis of "Armata". 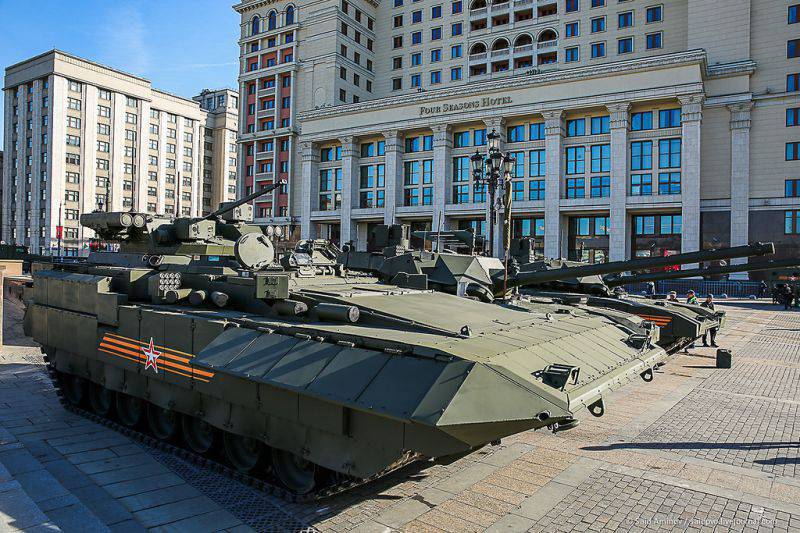 According to the expert, such systems can also be installed on T-72B3 and T-90 tanks. Technical difficulties should not arise, the problem is different - in price.

"In any case, we can already say that the protection of domestic armored vehicles has entered a new, significantly higher technological level," concludes Romanov. 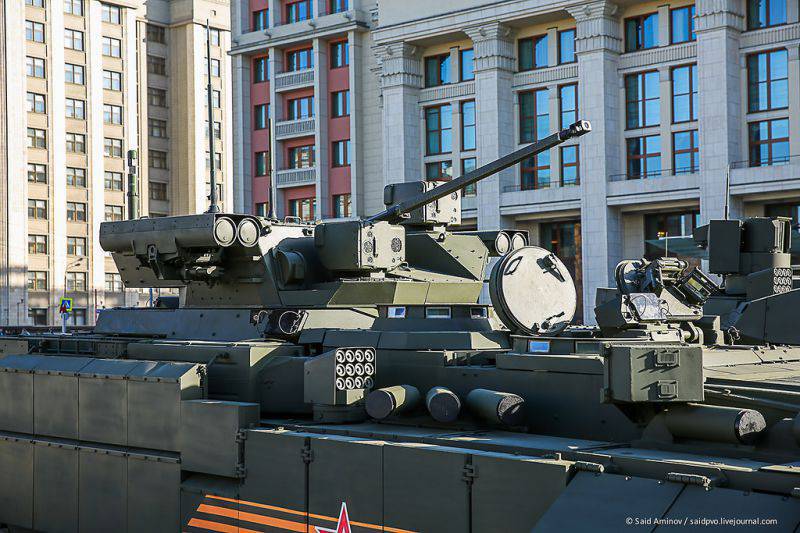 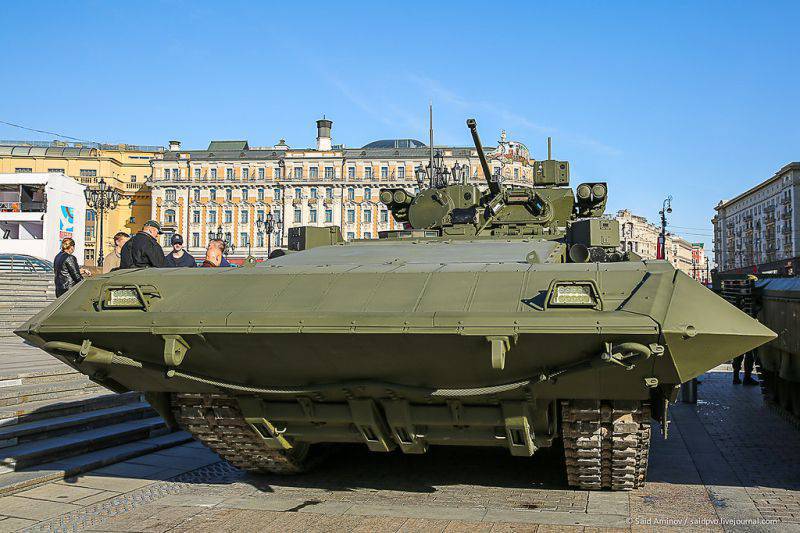 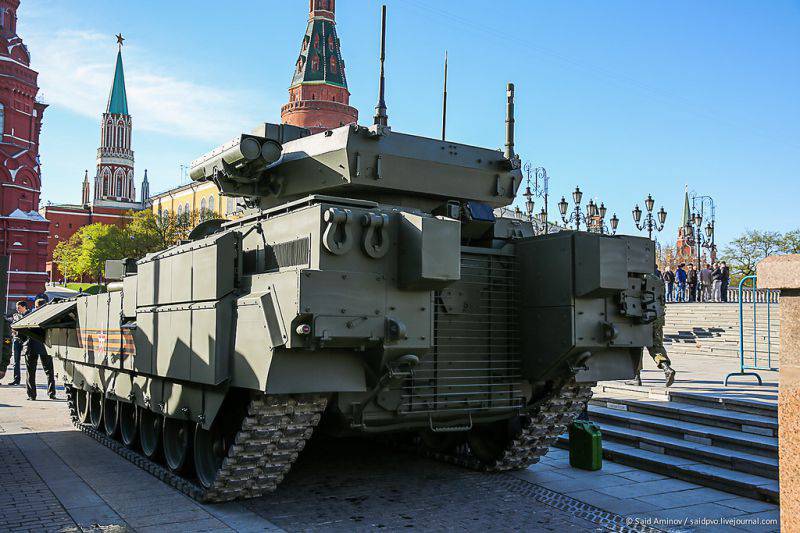 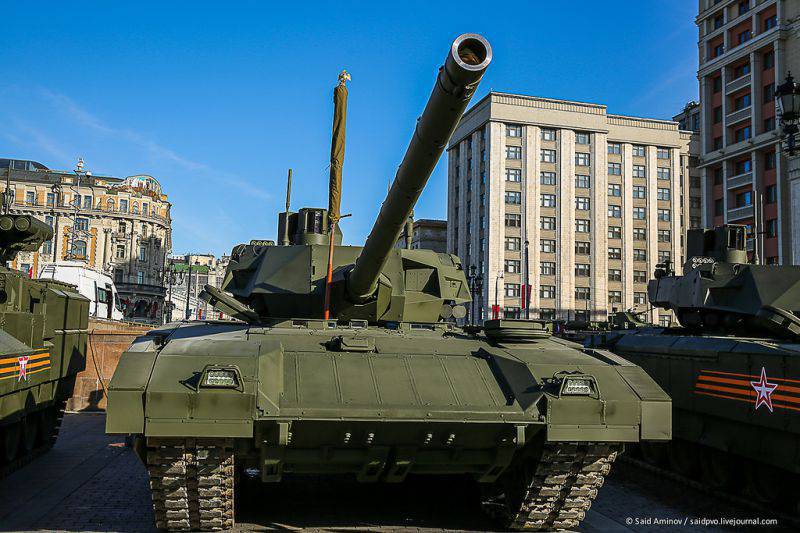 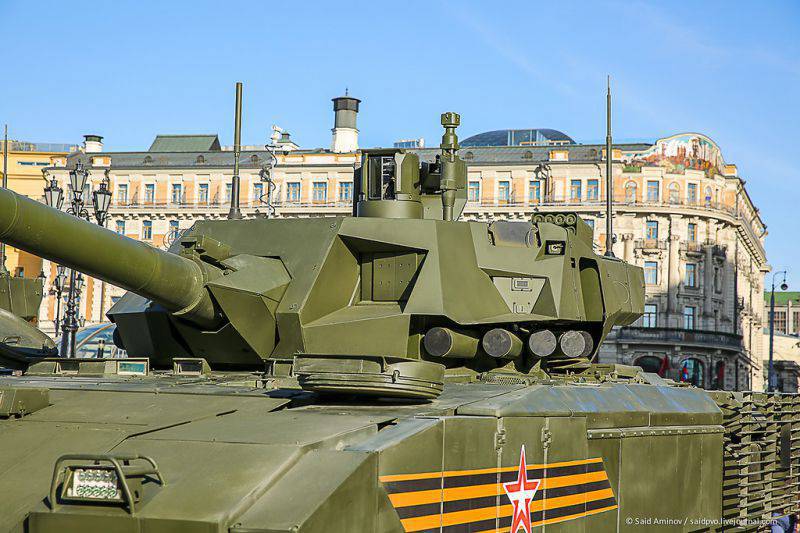 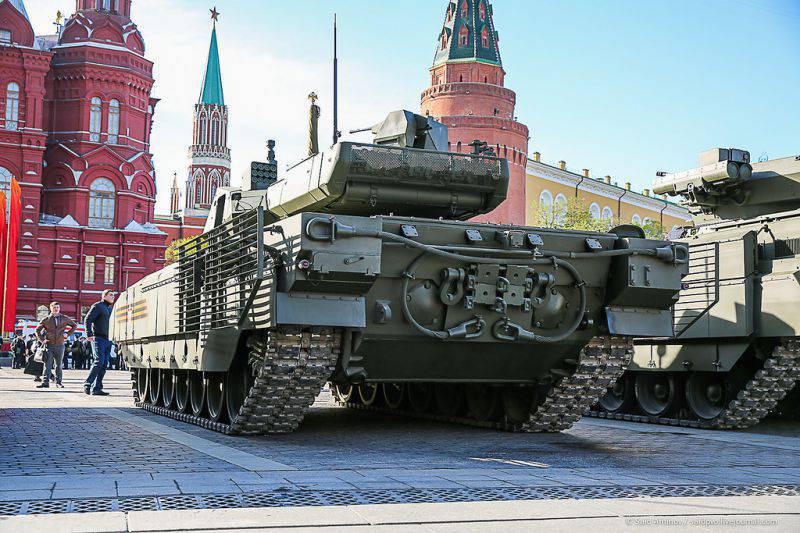