The Azov Flotilla is formed in the DPR

8 May 2015
60
In the DPR created the Azov flotilla, consisting of several boats that are at the disposal of the special units "Typhoon". Correspondents Komsomolskaya Pravda We visited the Donetsk Republic and were convinced that the naval special forces were not a myth, but a very real unit. 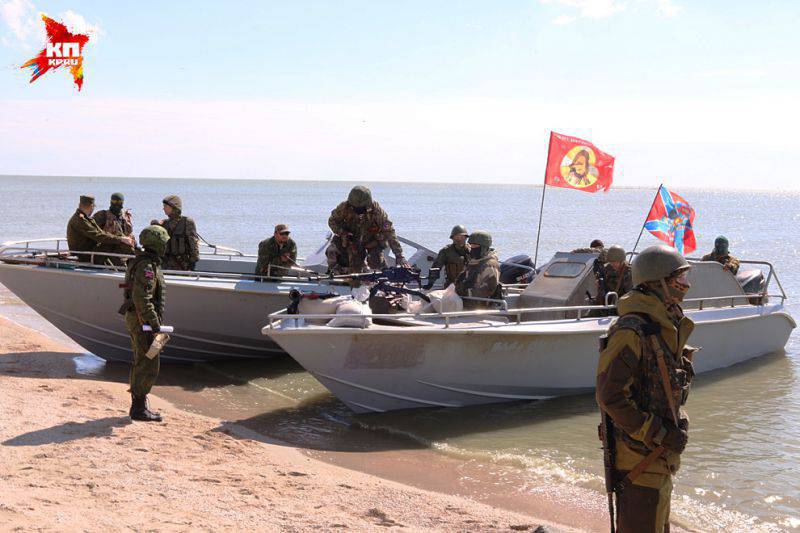 As part of the flotilla, mainly civilian boats - typical fishing boats and canoes. This is understandable: there have not yet been major sea battles on the Sea of ​​Azov, so the Ukrainians still had the opportunity to "squeeze" something from the Ukrainians. 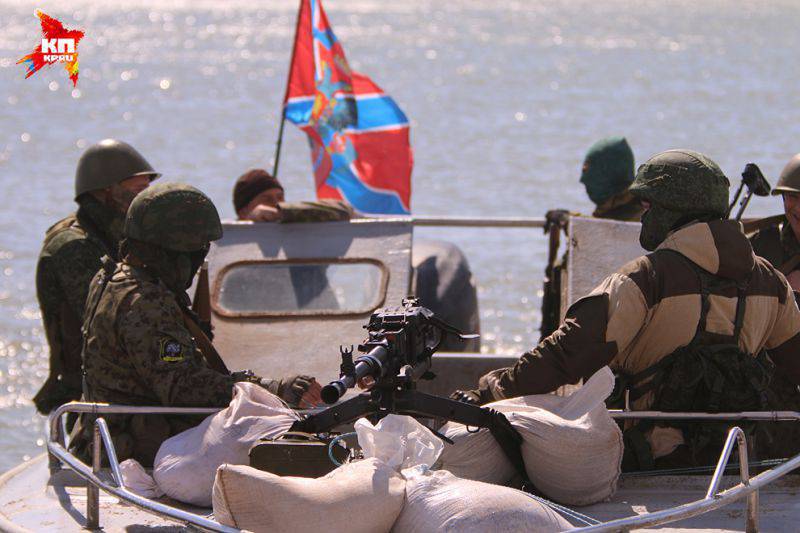 On the boats of the DPR are large-caliber "Cliffs" and automatic grenade launchers. And “ATGM is not even five minutes, but two, and the boat automatically turns into a missile,” says one Typhoon representative. 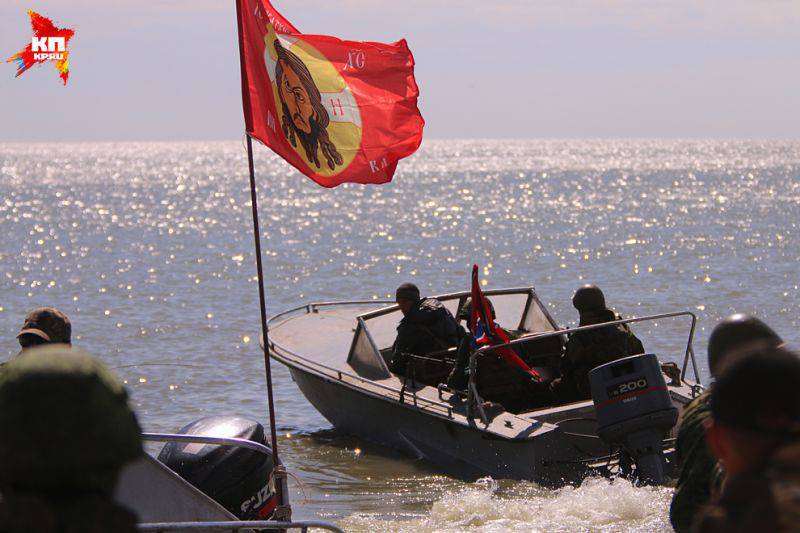 “By the way, it was a guided missile last summer that the militia forces sank the boat of the Coast Guard of the Ukrainian Navy. After that, “embarrassing” Ukrainian marimans became more circumspect and tried not to approach closely the zones controlled by the militia, ”writes“ Komsomolskaya Pravda ” 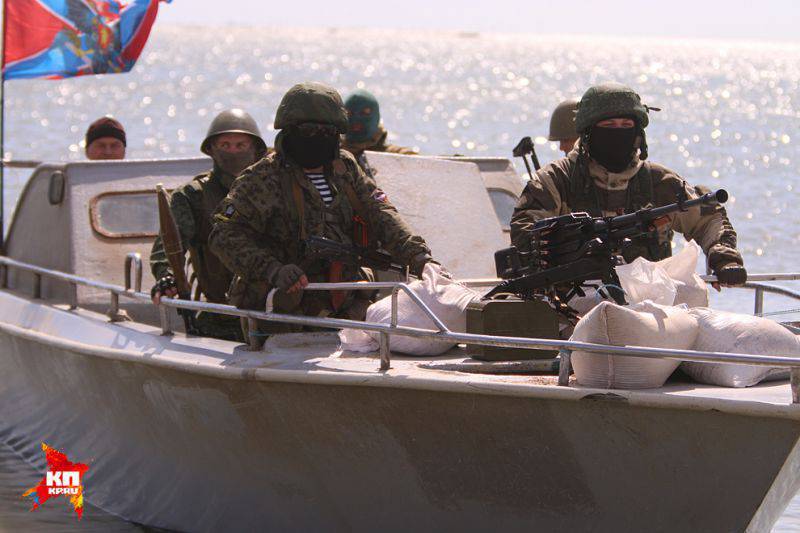 If necessary, boats can make a rapid throw to the coastline and land troops in the rear of the enemy, covering it from the sea. 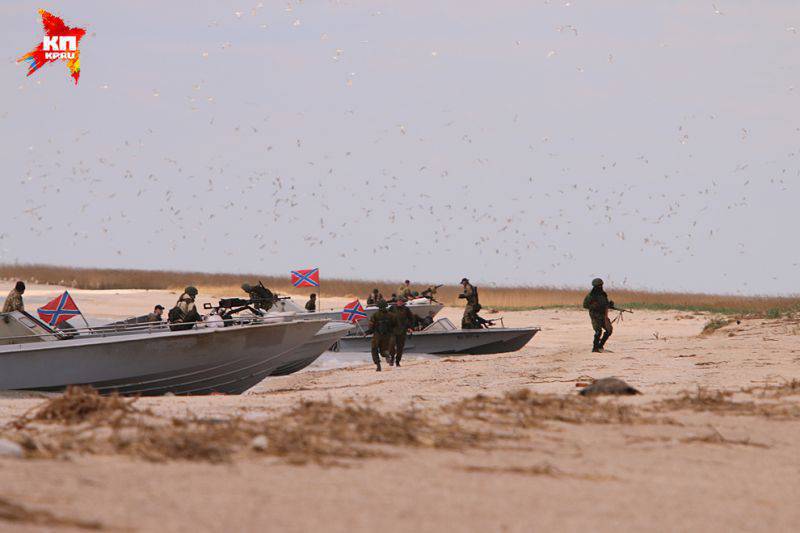 “Of course, we are not talking about any parity on the Azov Sea between the Donetsk Flotilla and the Ukrainian Navy. But the Ukrainian fleet can hardly be called too formidable. The fact is that after the Crimea was transferred to Russia, the Sea of ​​Azov for Ukraine actually became a lake. The passage through the Kerch Strait is now possible only with the permission of the Russian Federation, the publication explains. - In fact, the Ukrainian fleet on Azov can control only the coastal zone from Shyrokino to Strelkovo. Next is the territorial waters of the Crimea, that is, Russia. ” 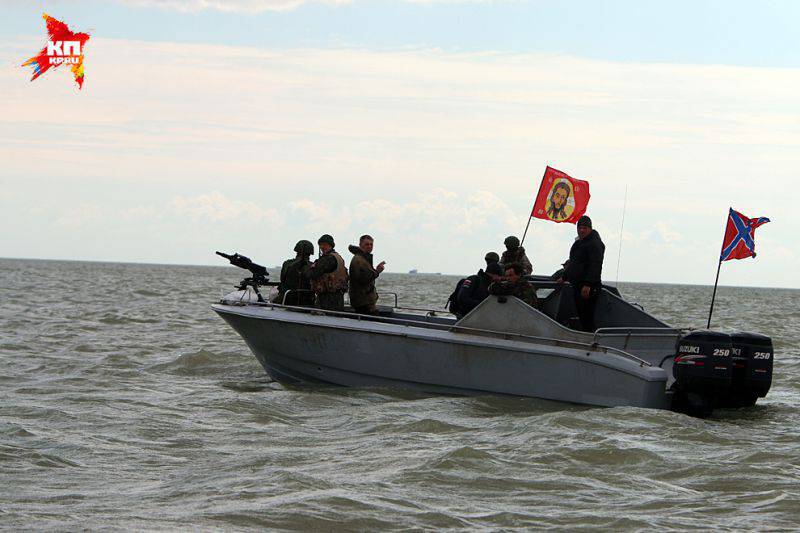 The personnel of the Typhoon division at one time fought in Slavyansk. The fighters passed the siege of the city and border battles. Far from everyone is allowed to take pictures of their faces - many have relatives on the “other” side. 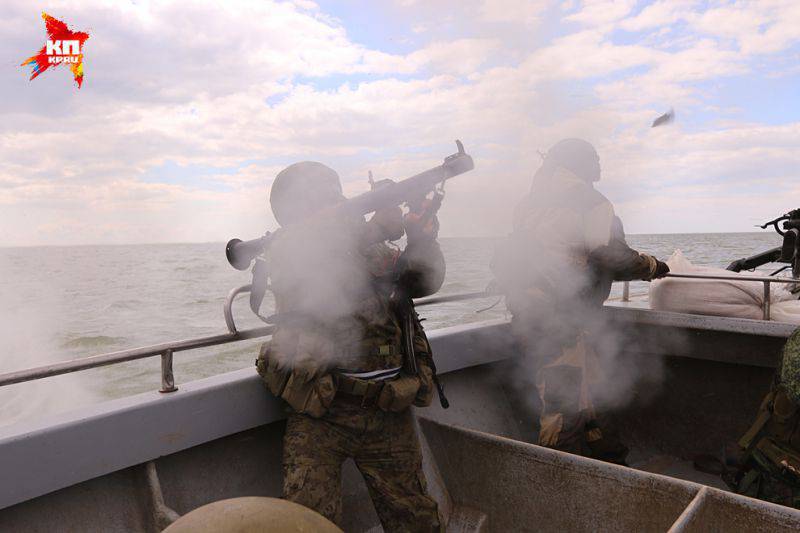 “The military leadership of Ukraine seriously considered the possibility of landing the army of the DPR. In Mariupol, trenches and trenches were dug on the beach in early spring. They were quickly flooded with meltwater and abandoned the project. Now, presumably, the water from the trenches will have to be pumped out, ”the newspaper concludes. 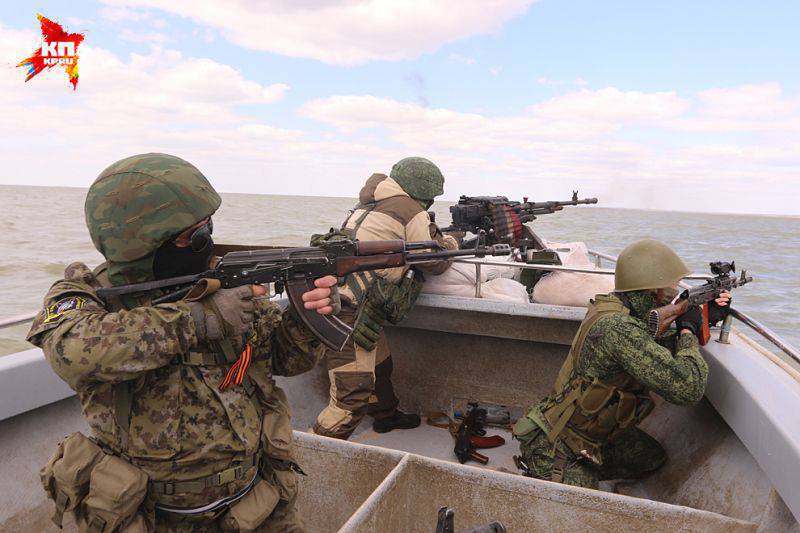 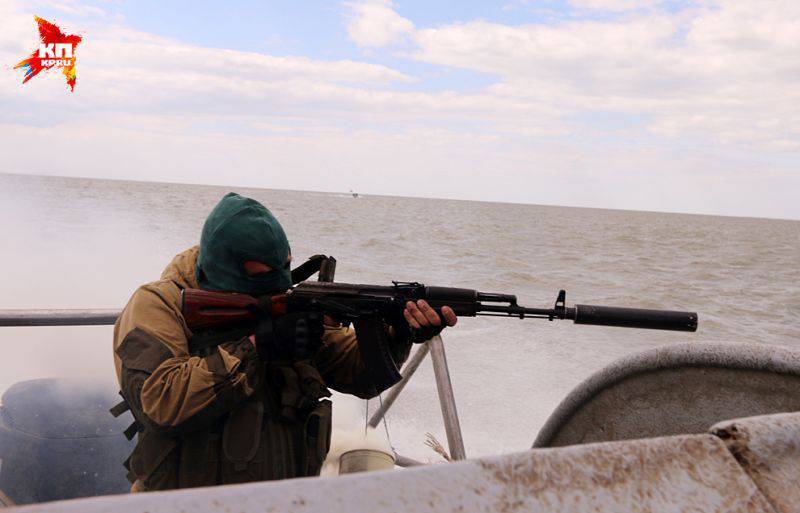 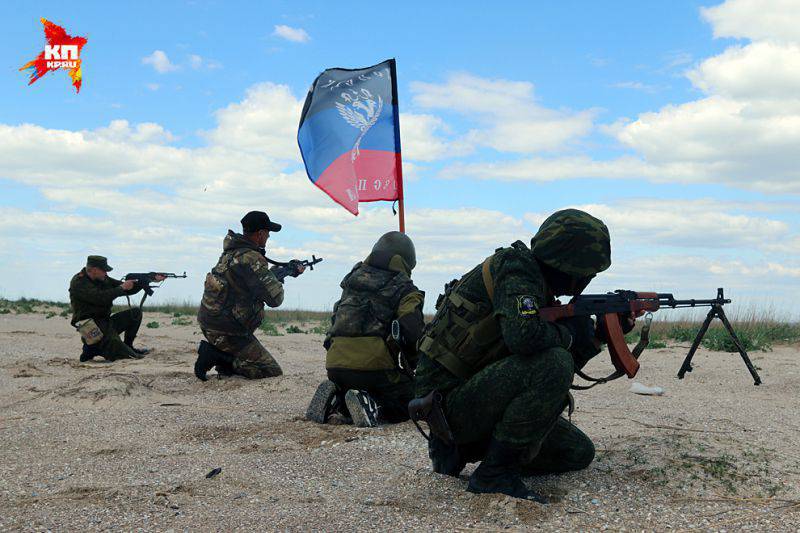