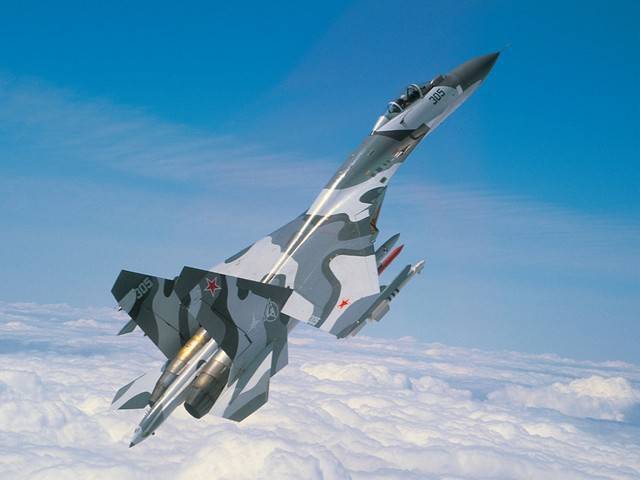 The Indonesian armed forces intend to purchase more Su-type 6 fighters from Russia. The Marshal of the Indonesian Armed Forces, Ismono Vijayanto, announced this at a press conference in the city of Makassar during the celebration of the 66 anniversary of the establishment of the country's armed forces. The Indonesian Air Force already has 10 Su fighters: five Su-27KM and Su-30MK2 each, writes the Indonesian newspaper Tribun-Timur.


Indonesian President Susilo Bambang Yudhoyono at the celebrations in Jakarta announced the allocation of significant budget allocations for large-scale modernization of the material and technical base of the Indonesian armed forces. In the military parade in the capital of Indonesia took part fighters "Su" of the Indonesian Air Force, according to the Indonesian newspaper Sumatera Ekspres.

In late September, Indonesian Defense Minister Purnomo Yusgiantoro was awarded the Defense Ministry’s Medal of the Russian Federation for the Strengthening of the Military Commonwealth, becoming the first in stories Indonesia cavalier Russian awards.

"The Indonesian minister received this award in connection with the great personal contribution to the development and strengthening of military and military-technical cooperation (MTC) between his country and Russia," said Russian Ambassador in Jakarta Alexander Ivanov, who presented the medal on behalf of Minister of Defense Anatoly Serdyukov .

Questions of military-technical cooperation in Indonesia are directly supervised by the Indonesian Ministry of Defense, and its head personally takes all the key decisions. According to Alexander Ivanov, the military-technical cooperation of Russia and Indonesia is developing dynamically. Earlier, Russia handed over half a dozen multi-purpose military transport helicopters Mi-1-B17 to the Ministry of Defense of Indonesia on account of a Russian export loan of $ 5 billion.

The delivery of the cars took place on the basis of an agreement concluded by Russia and Indonesia in 2007. According to the terms of the contract, the Indonesian military must receive Mi-18-B17 helicopters 5. Currently in service with the Indonesian Air Force is 12 combat units. When the country will receive the remaining helicopters, is still unknown. In addition to the Mi-17-B5 helicopters for a Russian loan, Indonesia also acquired the Mi-5P 35 and the BMN-20F infantry combat vehicles 3 and XNUMX.

In September, 2010 was delivered to Indonesia by supplying Mi-35P helicopters, and in November, the 17 BMP-3F were transferred to the country. The Indonesian Defense Ministry also intends to purchase two submarines of the 877 “Halibus” project from Russia, but in July 2009 transferred the purchase of submarines to a later date. It is possible that the contract will be signed at the end of 2011.

Previously, Indonesia received from Russia 10 fighter type "Su". Under the contract concluded in September 2003, the country's Air Force received the 2 Su-30MK and 2 Su-27SK. In 2007, the Indonesian Air Force acquired another 6 aircraft - 3 Su-27KMS and Su-30МК2. The last aircraft from this consignment arrived in the country in September 2010. In the coming 20 years, the Indonesian military department is planning to buy another 180 Russian fighter. Supposedly Su-30MK2.