The song is also a fighter! 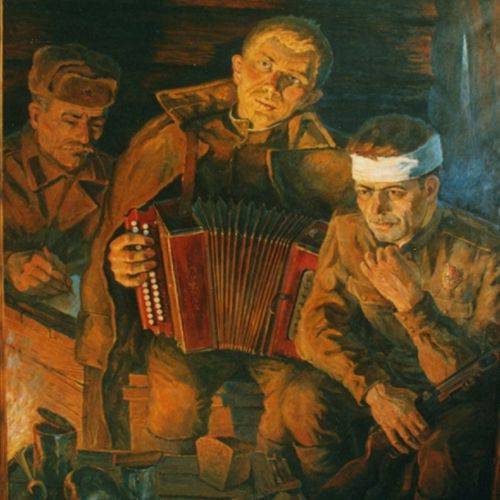 The anniversary of the Great Victory is approaching, and we remember all those who contributed to it in one way or another. We recall soldiers and officers, generals and marshals, partisans and underground fighters, nurses and home front workers ... However, people of creative professions — poets, writers, composers, journalists — contributed to the common cause, but we remember them less often.

Contrary to the well-known saying “When the guns speak, the muses are silent,” practice shows that this is not so. Poems and songs raised the morale of the soldiers during heavy hikes, warmed the wounded souls of the fighters in brief moments of respite. The song was also a comrade in the war, a fighter against fascism.

5 May marks the 100 anniversary of the birth of one of the outstanding Soviet songwriters - Yevgeny Aronovich Dolmatovsky. The future poet was born on May 5 (or April 22 old style) 1915 of the year in Moscow.

While still a schoolboy, Zhenya became a correspondent for such publications for the younger generation as “Pioneer” and “Pioneer Truth”. Then he joined the Komsomol, which sent him to hard work - the construction of the first stations of the Moscow Metro. In 1933, Dolmatovsky entered the Literary Institute. Gorky. Before the war, managed to publish several collections of poems. 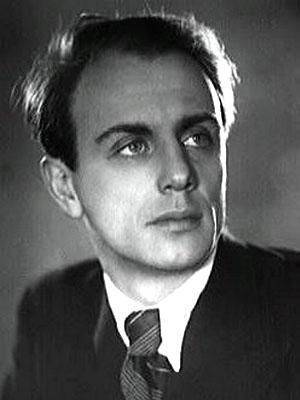 Since 1939, he worked as a war correspondent in the Finnish war, and in 1941, the poet, like many other creative people of the Soviet Union, became a chronicler of the Great Patriotic War.

It should be noted that Yevgeny Dolmatovsky’s family was directly affected by the complex and intricate events of the end of the 30s. In 1938, his father was arrested, then in 1939 was shot on suspicion of “counter-revolutionary activities”. But, unlike many who, due to similar cases, he harbored anger in his heart and then even justified his betrayal - Yevgeny Aronovich did not betray his homeland. Moreover, he remained loyal to her and her ideals after the liberals began to stomp the Red flag in the damned 90's.

But it was already later. And then, in 1941, the poet wrote the words for the song “My darling”. She has become one of the most intimate, since she is close to almost every male warrior who remembers the last farewell wave of her hand. Who keeps a photo of his girlfriend and pulls it out before the fight, to look into his own eyes:

I went hiking then
To distant lands.
A handkerchief waved at the gate
My lovely.

... in my little pocket
There is your card,
And mean, we are always together
My lovely.

In the battles for Uman, Dolmatovsky along with the fighters was surrounded, and then captured by the fascists. Fortunately, no one betrayed the executioners that he was a Jew, otherwise his fate would have been predetermined. The poet managed to escape from bondage. She was sheltered by a simple Ukrainian woman, Christina Verbina.

After a miraculous rescue, the poet created many more military songs. One of the most beloved, cheerful and perky, - “You are waiting, Lizaveta, from a friend's greeting”:

My dear,
I am waiting and dreaming
Meet me when you smile
I was brave in battle.
Oh, how would live
Before the wedding, marriage
And hug your beloved!

After the Victory, Dolmatovsky conducted the most fruitful activity, responded wholeheartedly to the tragic and heroic events of the second half of the thunderous twentieth century. In particular, he very deeply experienced the tragedy of Chile, where in 1973 there was a military coup that brought Pinochet to power. When the legitimate president was killed, Salvador Allende, and thousands of people were shot dead at the stadium in Santiago ...

About Chile, again Chile.
Open pain torn wounds
Events have taught us again
That it is early to appease,

wrote Yevgeny Aronovich. And the poem ends like this: “The enraged humanity will appear in the courtroom not as a witness, but as a prosecutor.” And today new and new events continue to stubbornly show that it is still early to be complacent ...

In addition to wonderful songs, in addition to poems and poems, Dolmatovsky wrote several literary and journalistic books. Among them - "Stories about your songs." In this book, the poet-journalist tells history creating the most favorite songs of the people - not only their own, but also created by other authors.

One of the stories of this book is dedicated to the famous song “Favorite City”, written by Dolmatovsky in collaboration with the composer N. Theological. This song was created before the beginning of World War II, in 1939 year. The poet was urgently called to Kiev to work on a song for the film “Fighters”. "... It is still impossible to imagine that you will have to lie in trampled rye with a rifle on the outskirts of this city, and then cross the icy Dnieper, and then - not soon, not soon - pass through the destroyed Khreshchatyk," remembered Dolmatovsky.

On the way to Kiev in a train compartment, he met a pilot who fought in Spain. Then, by a strange coincidence, they were together in the same hotel.

The filmmakers initially planned a farewell song to the school, which, as Yevgeny Aronovich said, “composed easily, but was also easily forgotten.” However, the performer of the role of a pilot, Mark Bernes, came up with another idea: the film should sound a song about pilots.

Dolmatovsky went to his casual acquaintance on the coupe and hotel neighbor - to consult. As a result of frank conversation and the words of the song were born. Nikita Bogoslovsky put them to music.

The director approved the song, but other representatives of the authorities did not like it. Then three co-authors - Dolmatovsky, Theological and Bernes - recorded the song at their own expense. Then there was a long struggle for it, during which the words had to be partially redone. But in the spring of 1941, when the product was already widely known to the people, from somewhere “from above” came an order - to ban! Yevgeny Aronovich addressed the secretary of the Moscow Party Committee, AS Shcherbakov, and he said: "The song cannot be banned." However, prophetically he added: the words “Favorite city can sleep peacefully” may soon become obsolete. The air already smelled of future war ...

And once, during the German bombardment, the poet was among the paratroopers. Everyone had to lie for several hours, clinging to the ground. And one officer suddenly said: “I wish this poet was here now, that he wrote“ My favorite city can sleep peacefully. ” Dolmatovsky, who was lying with everyone on earth, did not admit his authorship. But his words nevertheless came true:

In May 1945, the Soviet cities smiled at many of those who managed to return to the "familiar house". May gardens happily greeted the winners.

70 years have passed - and again in these hours someone lies under heavy fire, sheds blood, drenches sweat and shoots hated enemies - so that the beloved city can sleep peacefully ...