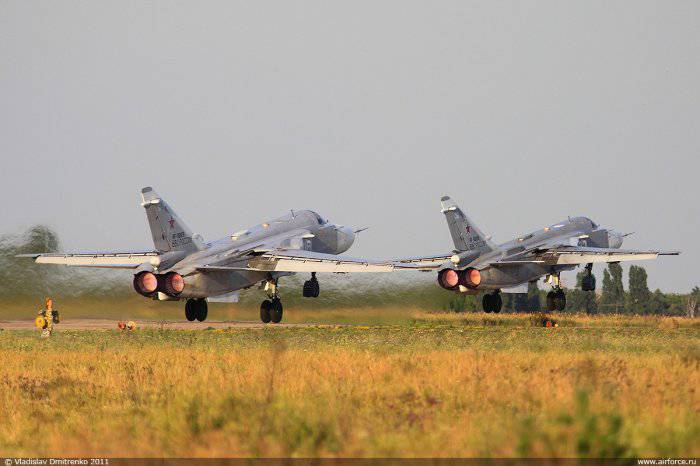 In accordance with state plans in the city of Voronezh, it is planned to create the largest in Russia on the basis of the Baltimore or Voronezh-B airfield, as its former name was aviation base. The capital of the Black Earth region is now divided into those who, as they say, vote for both, and those who are categorically against such prospects. Opponents of increasing the number of aircraft at a military airfield say that since Baltimore is located within the city, this is a big risk for residents of the surrounding areas. In addition, the buzz of the Su-27, Su-24M, Su-24MR, An-30 engines reaches such a level that even in a nearby hospital at the time of flights you have to postpone operations, since surgeons cannot hold the scalpel in their hands. Activists of the initiative group, speaking out against the use of Baltimore as a promising base for the Russian Air Force, give a number of other reasons. They motivate their negativity with respect to the activities of the military at the airport, located approximately 5,5 kilometers from the center of Voronezh, by the fact that tons of spent fuel are dumped on the heads of residents living nearby. This fuel settles on trees, and on the ground, and on clothes, which does not contribute to strengthening the health of Voronezh residents.

These people can be understood. The construction of the Baltimore airdrome was begun in the thirties of the last century, and finally completed in 1953. At that moment, Voronezh had not had time to acquire extensive agglomeration, therefore the airfield was located on the outskirts of the city. The planes flew around the city, which was a guarantee of safety. Today "Baltimore" geographically belongs to the Soviet district of Voronezh. In the immediate vicinity of it are holiday villages and neighborhood Shady. Today, airplanes simply need to fly over residential areas to land on the runway (runway).

The residents of the Shady show that the aviation equipment participating in the flights is not distinguished by its novelty, so it’s not an hour, and some fighter or reconnaissance aircraft will simply collapse on the high-rise buildings of the microdistrict.

Today, of those aircraft that are already based at the airfield in Voronezh, at the same time in the air can be no more than four cars. In the coming years, it is planned to add a few Su-34 here, to increase the length of the runway, which will allow a dozen units of airborne combat equipment to take off and land with a small interval. This is especially disturbing the residents of the Soviet district of the capital of the Black Soil Region.

However, in Voronezh, there are a lot of people who speak positively about the transformation of the Baltimore into the largest air base of the country. Firstly, it can attract additional investment in the city. Moreover, in connection with the sum agreed by President Medvedev for the modernization of the army before 2020, investments in the Voronezh airfield can amount to several billion rubles. Secondly, the consolidation of the airfield will increase the number of jobs in the Soviet district of the city. And this is also important for Voronezh today. Thirdly, the development of Baltimore is also the development of the infrastructure of the Shady and other adjacent territories. Today, it’s no secret that in this urban neighborhood from some roads you can come in a state of shock. It seems that the roads were specially left so that the enemy could not get close to the airfield. At some intersections of the Shady pit in the asphalt reach such a depth that the wheels of the cars, getting into them, almost completely go under the level of the road. Therefore, it should be expected that at least the roads of this part of Voronezh will lead to a normal state.

In general, the situation looks quite familiar to Russia. Previously, the city "mourned" a military airfield collapsing in front of his eyes and remembered the years of its active use. And as soon as the ideas of its modernization arose, they immediately began talking about the fact that without the existing aerodrome, the city lived much calmer. At the same time, many residents of the capital of the Black Soil Region are not satisfied with the fact that in 7 km from Novovoronezh NPP there is a landfill for the preservation of the old weapons. They say that a weapon can detonate so that at a nuclear power plant there will be a threat of disaster.

It is difficult in this position to take the liberty and support one of the parties. The indignation of people whose fighter jets fly literally over their heads is understandable. It is especially clear after numerous tragic episodes with aviation technology that have occurred over the past two or three years. The catastrophes in Petrozavodsk and Yaroslavl obviously do not add enthusiasm to the residents of the Sovetsky district.

But if we make hasty conclusions from the last catastrophes, then in Russia it will be necessary to cover not only the Voronezh “Baltimore”. The situation is similar with the military airfield in Chelyabinsk. Yes, and Sochi Airport is also in this series.

If the appeal of the residents of Voronezh to the authorities about the closure of "Baltimore" is accepted by these authorities and decided in favor of the opponents of the air base, then this will be a real precedent for Russia. Dozens of airfields and airports will have to be bulldozed and put into a clean field. However, the problem lies in the fact that with the current level of urbanization, both Voronezh, Chelyabinsk, and Sochi will inevitably expand their borders. So, sooner or later, even a new built airfield will still fall into these boundaries.

The problem needs to be solved not by eliminating air force bases, but by upgrading them and raising the level of professionalism of the pilots and flight attendants. After all, you will agree, if in our country a fairly drunk navigator can get into the cockpit of an airplane, then in principle it doesn’t matter to him where the airfield is located - within the city or behind it. He will “find” a place where he can “launch” both the airliner and the bomber. If there is no control over the state of pilots and military pilots, then those today can do anything. Our country knows many cases when the crew of the plane drank alcohol literally a couple of minutes before takeoff. And this was done with the usual bravado: they say, we are so experienced that we can afford to fly "under a degree." If some Russian pilots before the flight allow themselves to “hurt” during takeoff, it is not known what place the parking brake of the aircraft is, and here neither is the location of the airfield, nor the length of its runway.

The result is one: developing an understanding of responsibility for one’s own life and the lives of people. And this concerns not only the pilots, but also each of us.

We are in Yandex Zen
What you didn't want to know about England
By the fifth anniversary of the Russian project "Stalker-Voronezh". Interview
12 comments
Information
Dear reader, to leave comments on the publication, you must to register.