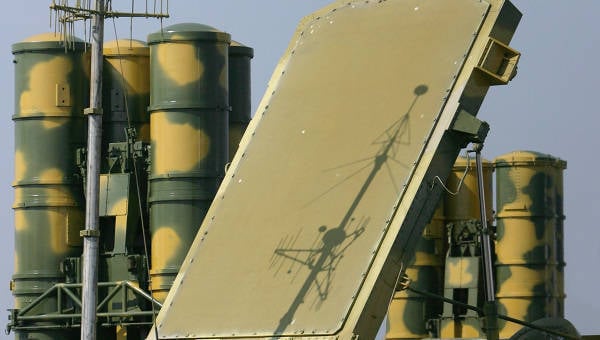 New domestic anti-aircraft missile systems C-400 have not yet had time to really go to the troops, as information about the beginning of work on the air defense systems of the new generation has begun to appear. According to the established tradition, the new complex was named C-500, and its development was entrusted to the Almaz-Antey State Design Bureau.

The shape of the future system was defined almost ten years ago - in 2002. But officially, the development of C-500 was announced only in 2009. At the same time, the approximate dates for the completion of the design work, 2012, were announced.

As in the case of any new technology, at first there was very little information on the C-500. Of course, it was immediately clear that the new air defense system should surpass its predecessors, but how and how much was left to guess. As the work progresses, the management of the Almaz-Antey State Specialized Design Bureau slowly, bit by bit, revealed information. For example, it was stated that the C-500 will be able to attack simultaneously ten ballistic supersonic targets against six at the C-400 Triumph. And since C-500 is created on the basis of Triumph, there will be a minimal amount of external differences.

But as part of the equipment we can expect significant changes. The most notable of them: radar with a new active phased array, operating in the so-called. X-band (centimeter waves). The former general director of Almaz-Antey, I. Ashurbeyli, said that the new radar is a unique device and so far there are no similar systems.

The main purpose of the C-500 is to protect objects and destroy aerodynamic (airplanes, helicopters, cruise missiles) and ballistic (missile head) targets. Declared the ability to successfully attack targets moving at speeds up to 5 km / s. The maximum range of destruction - up to 600 kilometers. The height of the destruction of the target - from 50 meters to 30 km.

There is no exact data regarding the architecture of the complex: will it be two-echelon or three-echelon. However, both versions agree that the C-500 will have long and very long-range missiles.

In their numerous interviews, representatives of the Almaz-Antey concern have repeatedly noted the fact that C-500 is being created for “working” with all existing potential goals, as well as with those that will appear only in perspective. There is also unofficial information that the computing system of the system will be able to automatically identify the type of target, determine its priority and issue the most dangerous threat request to the operator.

Thus, if the complex goes into service by 2020, it will be able to effectively carry out its tasks, at least until the end of the 40s. And by that time, most likely, both C-600 and C-700 will be ready, which so far are not even planned.

Like the previous complexes, C-500 will have some degree of unification with its predecessor - the “Triumph”. First of all, cars, transport and launch containers, etc. Also, information appeared in a number of sources that the missiles of the complex would have a number of parts and assemblies unified with the new missile defense systems of Moscow.

The issue of creating a ship-based air defense missile system based on the C-500 is also being considered.

According to the existing plans of work on C-500, it will have a beneficial effect not only on the country's air defense, but also on the production capacity of the Almaz-Antey concern. The construction of two factories to produce rockets and ground equipment has already begun. In the future, both plants will be engaged in the production and new generations of the air defense system.

In general, the terms of a great complex. But there are also problems: when the start of work on C-500 was announced, the deadline for adopting the complex was called 2015 a year. But the practice makes adjustments and by this time it will be possible, maximum, to carry out tests. According to current plans, the first copies of the complex will be assembled in the 2013 year, and it will be necessary to suffer a few more years before being put into service. While the beginning of mass production and adoption are scheduled for 2017 year.

But you hear the opinion that 17 is the optimistic version. The departure time of the C-500 to the series and to the troops has already been postponed to 2-3 of the year, other delays cannot be ruled out. In addition, at the beginning of this year, the general director I. Ashurbeyli and chief designer A. Lagovier left the Almaz-Antey concern. Regardless of the reasons, their departure could not affect the progress of the project. At the same time, military expert I. Korotchenko repeatedly published various ambiguous materials on biography and professional activities of Ashurbeyli. These data can be interpreted in different ways, but in the community of people who are interested in defense industry, there is already an opinion that a change in the leadership of the concern will benefit the company.

However, it is too early to talk about the prospects of the Almaz-Antey concern and about the specific timing of the arrival of C-500 in the troops.