April 29 2015
28
The head of the European Commission, Jean-Claude Juncker, who visited the Ukrainian investment forum, said that he understands Kiev’s concerns about a possible resumption of a full-scale war in the Donbas. However, at the same time Juncker said that Kiev should have abandoned negative forecasts and focused on the implementation of the Minsk agreements. 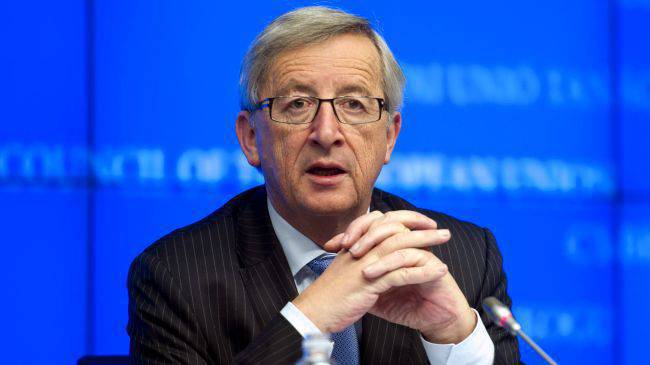 The European official, returning to Brussels, told reporters about Poroshenko’s fears, adding that he personally asked Poroshenko not to exacerbate the situation and in the current situation not to engage in disseminating the topic of “Ukraine’s soon joining NATO”. Jean-Claude Juncker told reporters that Poroshenko and Yatsenyuk “heard, but refused to share,” his position. It turns out that the leadership of Ukraine will continue to talk about the entry of the state into the North Atlantic alliance, even though Ukraine is not exactly expected in the alliance itself.

The Ukrainian press tries not to spread the warning statements of the head of the European Commission, publishing only “marmalade” materials about what kind of “warm” meeting was held between Poroshenko and Juncker in Kiev. The warmth of the meeting by the Ukrainian media was clearly exaggerated.
Military Reviewin Yandex News
Military Reviewin Yandex Zen
28 comments
Ad