April 29 2015
88
And then they began to suspect something ... This is about the extraordinary and authorized after the Russian Federation in Ukraine, Mikhail Yuryevich Zurabov. All those years when Mikhail Yurievich headed the diplomatic mission of Russia in Ukraine, the federal authorities had no complaints against Zurabov. If there were any complaints, Mikhail Yuryevich would whistle out of his post no later than February 2014 of the year. However, during Zurabov’s ambassadorial work since August 2009 of the year (and ambassadorial work, by definition, should be aimed at building and strengthening partnerships), Russian-Ukrainian relations were rolling down the inclined plane, ultimately reaching a certain result. 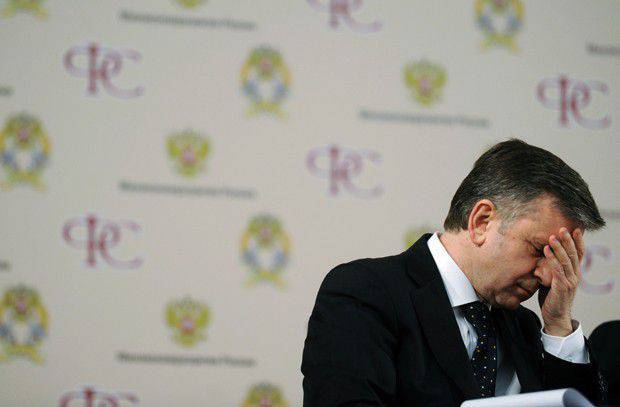 Of course, it can be argued that Mikhail Yuryevich Zurabov in deterioration (this is the softest of those words that could be used in this context) of bilateral relations played a far from the most important role, that in all blame were damned Western imperialists who issued countless grants to Ukrainian non-governmental and frankly to the Russophobic organizations that this motherland Nuland with her Maidanian rolls has substituted our dear and immensely professional ambassador, but ... There must be at least some diplomatic scale accounting, which determines the level of success in the work of a diplomat. If not, the question arises: what else should the ambassador have to do (taking into account the Ukrainian precedent), so that his work is considered unsatisfactory, and he was dismissed? Indeed, in the case of Mr. Zurabov, a clear ambiguity arises: if this person still holds the post of Russian ambassador to Ukraine, then Russia is satisfied with such relations with Ukraine, or Moscow has illusions that Mikhail Yuryevich will “correct” for "there is gunpowder in the old dog fires."

Apparently, the Kremlin began to “guess” that with “self-correction” Zurabov had obvious problems. About this, in particular, says the removal of Ambassador Zurabov from the contact group on Ukraine. Instead, Russia is now represented by Azamat Kulmukhametov as a contactee. Foreign Minister Sergei Lavrov notified Kiev that they would no longer see Mikhail Yuryevich next to Leonid Danilovich (Kuchma) (at least as part of the CG). So, Kulmuhametova’s appointment (ex-Russian ambassador to Kuwait and Syria) was expressed by Dmitry Peskov’s press secretary to the president:

This is connected with the fact that on an ongoing basis to raise the level of, let's say, the specialization of the Russian representation in negotiations. Ambassador Zurabov retains his functions as the head of the Russian diplomatic mission in Kiev, and as regards the appointment of a special representative at the talks, this once again underlines the importance that the Russian side attaches to the negotiation process in which Russia participates as one of the guarantors.

As stated by Peskov, Zurabov in Kiev retains its functions. It is even more interesting here: what are the functions of Zurabov in Kiev, if he could not even properly represent Russia in the contact group? What is the general mission of Zurabov in Ukraine seen by the Russian Ministry of Foreign Affairs? Sit in the walls of the embassy and keep the suitcase "just in case"?

In this regard, it is necessary to clarify information about Azamat Kulmukhametov, whom the Foreign Ministry sends a representative to the contact group. On the one hand, the status of Kulmukhametov is lower than the status of Zurabov, which somehow equalizes the “Ukrainian and Russian representatives of the CG. And Kuchma - the former (president), and Kulmuhametov - the former (ambassador). But Kulmukhametov, as already noted, worked at the Russian embassy in Syria, and he worked there in the hot years for Syria - from 2011 to 2014, and worked very efficiently and consistently. It was during his work that the West lost the opportunity to carry out direct intervention against Assad. It was during his work in Syria that the Russian language became a foreign language, which was introduced into the school curriculum at a mandatory level, displacing English. It was the work of Kulmukhametova that allowed to launch the most complicated process of exporting chemical weapons for subsequent disposal in coordination not only with the Syrian authorities, but also with the American side. Kulmukhametov is known as a very tough diplomat, if in diplomacy, of course, such a term is possible. An important fact is that Azamat Kulmukhametov was awarded the Order of Courage for his work in Syria in 2013, which is not an ordinary award for a diplomatic worker.

Should, after Kulmukhametov's appointment as the representative of the Russian Federation in the contact group, wait Zurabov’s resignation and from the post of head of the Russian diplomatic mission in Ukraine? Or Mikhail Yuryevich will continue to play the role of a diptatist - a cat, on whose head mice do not just walk, but they openly shit on that head ...

PS The case of Ukraine - perhaps the first in storieswhen one country declares another an aggressor and occupier, closes access to its territory for its citizens, but does not freeze the work of its diplomatic mission.