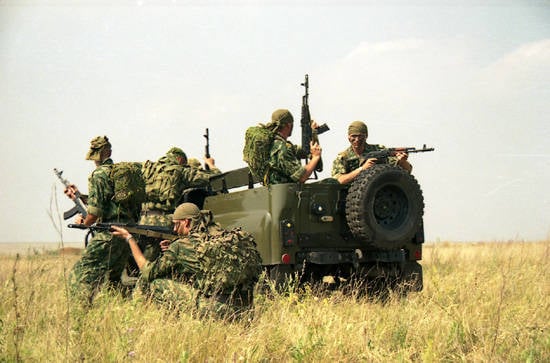 The Ministry of Defense continues to get rid of the legendary, but obsolete types of weapons and equipment. Following the Kalashnikov, the troops will get rid of the famous Bob UAZ-2015 by 3151. According to a source in the General Staff, in the state defense order for the next nine years, the purchase of UAZ cars is not planned.

“It is possible to purchase these machines by small special parties, but on the whole it can be said that the purchase of“ UAZ vehicles ”for the army has been stopped,” said the representative of the General Staff.

He added that before 2015, the military would use the jeeps already in stock, and by that time they would determine which vehicle to replace them with. It is possible that these will be improved versions of the "UAZ" - UAZ-315195 Hunter. The press service of the UAZ "Izvestia" reported that the military are now buying from the plant only special versions of these machines in limited quantities.

By the personal order of the Minister of Defense Anatoly Serdyukov, the Hunter variant with the ZMZ-514 diesel engine was developed. Another variant of Hunter, but already with the Japanese engine Toyota, the company Sollers, which owns UAZ, makes it in the Far East under the conditional name Gusar.

Several of these vehicles entered the 11 airborne brigade in Ulan-Ude, which was visited in August by Dmitry Medvedev and the DPRK leader Kim Jong Il. A few dozen "Gusarov" put on the Kuril Islands.

The head of the Center for Military Forecasting Anatoly Tsyganok is confident that the new army jeep should be armored.

“In the USA, when they changed the Hummer from old to new, they made one important mistake: they did not make them protected from explosions on the road,” he says. “The Americans realized this mistake only in Afghanistan, where so many fighters died from an explosion on the road.”

First Vice-President of the Academy of Geopolitical Problems, Doctor of Military Sciences
Konstantin Sivkov said that under the new military jeep will have to change the army fuel supply system. If an unpretentious little Bobby can be safely filled with Au-72, then give Hunter (Hunter) 92 or diesel fuel.

“It's even good. AI-72 is almost not produced, and AI-92 - the most common brand. Therefore, the military will not have problems with fuel supply, ”stressed Sivkov.

# {weapon} According to him, a new army SUV should certainly have a reinforced frame, a removable roof or awning, in order to install a machine gun or a small cannon on it, if necessary. In addition, in the back of the jeep should be a place for ammunition, if necessary, deliver them to the gunners. At the same time useful
The load of the Russian “Hummer” should be no less than that of the “Bobby”, at least 800 kg.

History The most popular Soviet jeep began in 1972, when the mass production of the UAZ-469 began. In 1985, he was modernized and under the symbol 3151 for a long time turned into one of the symbols of the Soviet and then the Russian army.

For unpretentiousness and charming look, the military affectionately call the UAZ a "bobby" or "goat." Army jeep was used in parts not only as a passenger car for transportation of commanders. There are various modifications of the SUV for military communications, medical and radiation-chemical intelligence units. Now all these functions will have to be provided by the new machine, Izvestia writes.

As the newspaper VIEW reported in Russia, they are starting to develop a new generation automatic rifle. Its design will be fundamentally different from the famous Kalashnikov assault rifle (AK). AK itself is not completely written off from the accounts - it will be modernized in parallel with the new development.

According to Rosoboronexport CEO Anatoly Isaikin, there are about 100 million Kalashnikov assault rifles in the world, half of which are counterfeit, that is, there is no license, patent and intergovernmental agreements for their production.

Ctrl Enter
Noticed oshЫbku Highlight text and press. Ctrl + Enter
We are
UAZ-3163-103 "Patriot" can replace UAZ-3151 in the Russian army
40 comments
Information
Dear reader, to leave comments on the publication, you must to register.